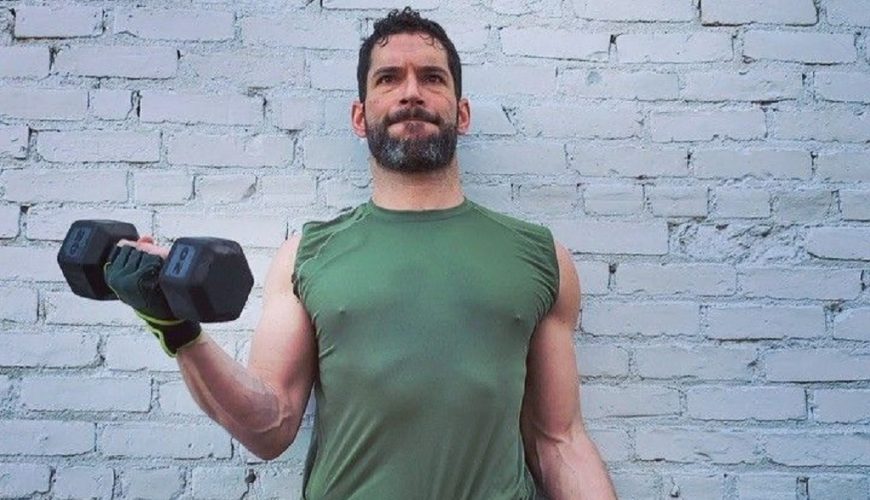 Lucifer star Tom Ellis recently opened up about how physically demanding the character was for him.

Too hot to handle, Tom plays devil detective in the show Lucifer which is currently on its sixth and final season.

The 42-year-old Welsh actor had to undergo a gruelling physical regime to stay in shape for the titular role, which he admits also had an impact on his mental health.

In the hiatus between Fox cancelling the show after season three and Netflix picking up the show, Tom made a pact with his trainer Paolo Mascitti that if the show came back, he would take the character physically to the next level.

Although this new physical shape had many benefits and positively impacted his mental health while in the role, Tom admitted the extensive training could be potentially dangerous if others followed.

Talking to Josh Smith on the Reign with Josh Smith podcast, Tom said: “I think there’s a dangerous tipping point when you get really into that space of getting too body-conscious and too into it.”

He went on to say: “It can be unhealthy.”

Understanding his position and how shows influence fans, he strongly encouraged fans of the show to stay fit and healthy.

The ‘Hollywood image’ is often in the press, and Tom also warned that obsessing over body image can have dangerous consequences.

“If all your life is about is working out, then that’s going to screw with your mental health.

“I think that there is a danger when people really obsess about working out and you start going on social media and looking at people’s bodies and how shredded and all that sort of stuff, that is quite a toxic world as well,” he said.

Tom gained an impressive 20 pounds of muscle over three months in the build-up to season four.

British audiences will notice that he looks physically very different from when he played Gary Preston in the much loved Miranda.

Lucifer has gained much more of a cult following from a truly global audience, but Brits still love him for his charming role in Miranda.

As the podcast went on, Tom said that the show was “an incredible experience.”

He went on to say: “I learned about myself that I can have that discipline and I can push for these things.”

The show didn’t just have a physical impact on him. He also said that he struggled with the emotional toll of being away from his family and friends.

“There were times in the last 18 months and certainly I spent a lot of time away from my kids during that time,” he recalled.

“It was horrific for me and that was just the worst possible feeling that I could feel.”

If you want to catch this scorching show and see this physique in action, you can find seasons one to three on Amazon Prime Video UK and seasons four to six on Netflix.

My name is Damyan Ivanov and i was born in 1998 in Varna, Bulgaria. Graduated high school in 2016 and since then i'm working on wordpress news websites.
Lucifer, Lucifer 6, Lucifer finale, Lucifer Season 6, Tom Ellis, TV Series