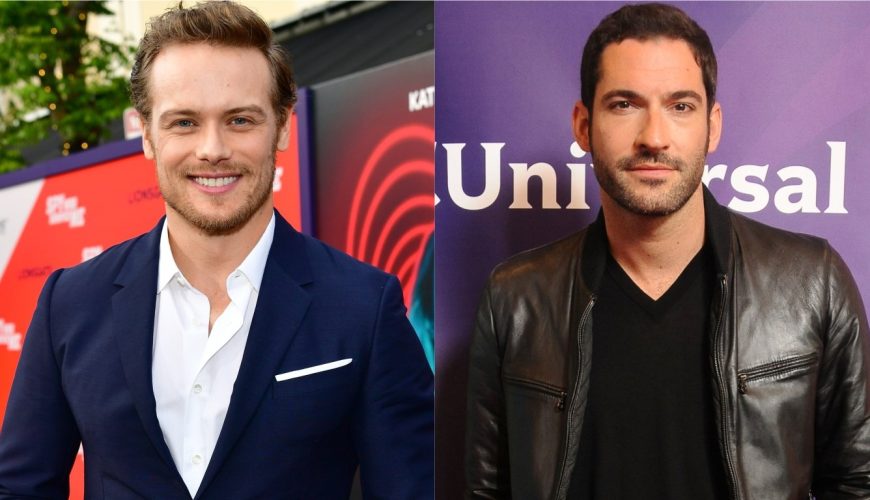 One of Sam Heughan‘s longtime pals was in the mix to play his biggest on-screen enemy, a new interview reveals.

In a recent Q&A for the London magazine Square Mile, Outlander‘s leading man is interviewed by his friend of many years, Lucifer star Tom Ellis. The wide-ranging conversation covers Heughan’s background, his acting struggles prior to landing his current gig and his interests in both whisky and physical fitness, among other topics.

At one point, Ellis reveals that he auditioned for the Starz series before it premiered, “not for Jamie Fraser, but for Tobias Menzies’ part, Black Jack Randall,” he says.

The statement is news to Heughan, who replies, “Firstly, dude, I’m not sure how I’d have felt having you, I don’t know, ‘assault’ me, shall we say?” Fans who’ve been watching Outlander since the beginning know that he’s referring to the Season 1 finale, in which Heughan’s Jamie is raped by Randall at Wentworth Prison, an obviously harrowing incident that the show depicted in detail.

Menzies played both Black Jack, a sadistic British officer, and his centuries-in-the-future relative, historian Frank Randall, in the show.

After the pair skirt around how filming the scene would’ve been “tricky” for them, Heughan adds: “Actually, you would have been brilliant at [playing the part] because Frank Randall is this charming, lovable character and then Black Jack, the other part you would have had to play, is just violent… Tobias, of course, does an amazing job, but that would have been so different.”

My name is Damyan Ivanov and i was born in 1998 in Varna, Bulgaria. Graduated high school in 2016 and since then i'm working on wordpress news websites.
Lucifer, News, outlander, Sam Heughan, Tom Ellis, TV Series