Lucifer has just started filming its 6 season, but the main star Tom Ellis is already thinking about his next career move after the series end.

‘Lucifans’ received renewed hope the second half of Lucifer’s thrilling fifth season could be released soon when it was confirmed the cast and crew had returned to set to film the Netflix series’ sixth and final instalment. Star of the show Tom Ellis has already started teasing what could come next, and has hinted at a career away from the small screen.

The devil himself took on his devious twin brother in the latest eight episodes of Netflix’s Lucifer.

Season five has already gone down in history as one of the show’s best yet, and the stakes have never been higher for Lucifer Morningstar (played by Tom Ellis) and his friends heading into part two.

Since first appearing on screens back in 2000 and making a name for himself as Miranda’s love interest Gary Preston, Ellis has enjoyed a varied television career. 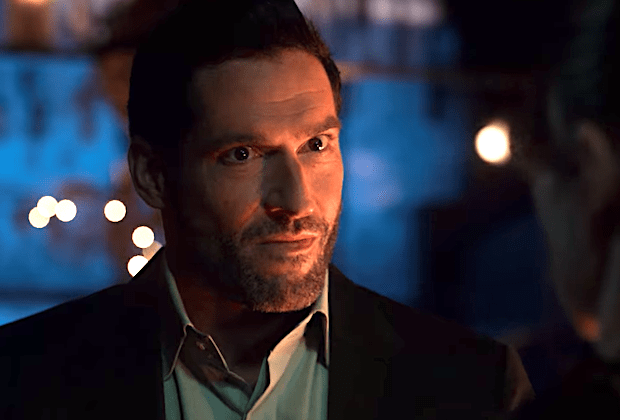 He took on the role of Lucifer Morningstar in 2016, a star-making central performance that catapulted him to international success.

His performance went to another level of impressive for season five, as the British star also stepped into the role of Lucifer’s villainous twin brother, Michael.

Once production wraps on Lucifer’s sixth season, his devilish duties as the Prince of Darkness will come to an end.

Although filming was shut down earlier this year following the spread of coronavirus, the team is back in action and it’s hoped new episodes of the urban fantasy will be arriving soon.

In the meantime, Ellis’s fans are wondering what’s next for the star once his schedule is free from his dual responsibilities of owning a nightclub in LA and battling the forces of evil.

For a recent interview with the Guardian, the star expressed an interest in returning to his acting roots once Lucifer comes to its bittersweet conclusion.

Ellis explained: “Again, the big one for me is theatre.”

After getting his start acting in school plays, the actor continued: “And then I got a place at the Royal Scottish Academy. I went to Glasgow for three years and had the time of my life and that was it.”

Despite catching the acting bug performing in front of a live audience, Ellis hasn’t had many chances to return to the stage throughout his more recent career.

Not that the star has lost any of his original theatricality, as his regular musical performances on Lucifer have proved.

Tom Ellis has also expressed a desire to remain in the States to be with his children.

Though his clearer schedule post-Lucifer will allow him to spend more time on Dad duty, there’s a good chance he’ll find his way to Broadway in the near future.

Of course, the star also has concerns about what the ongoing climate surrounding the coronavirus pandemic could mean for the theatre industry.

He went on: “Obviously, that is just a tricky thing to talk about with anyone that works in the theatre at the moment.

“But, obviously, I believe the theatre is not going to die. It’s going to come back. And I want to be part of that.”

As venues dependent on live shows continue to struggle, it’s hoped the arts will receive its fair share of support throughout the pandemic to ensure stars like Ellis and up-and-coming talents still have the chance to thrive on stage.