Lucifer Morningstar boasts an extravagant lifestyle in Lucifer, including his over-the-top, lavish penthouse above his L.A. nightclub. Perhaps the strangest part of his living quarters is the wall that separates his bedroom from the rest of the space — a wall inscribed with cuneiform signs. This décor is not only elaborate, but also a strange design choice for a show that otherwise draws heavily from Christian tradition.

Cuneiform writing works a little differently than other scripts. Rather than adding ink or graphite to a page, writers would press a bit of reed into soft clay, leaving behind a wedge-shaped impression. Adding these wedges together in different combinations and orientations accounts for all of the different signs necessary to record a language. Cuneiform was first developed to write the Sumerian language, but was later used to write Akkadian, including its Assyrian and Babylonian dialects.

On either side of the doorway to Lucifer’s bedroom are four lines of this cuneiform script. At one point, Lucifer identifies it as Assyrian writing, suggesting a particular dialect of the Akkadian language written using cuneiform signs. It’s not clear that these bits of text actually say anything — many of the signs seem to be written backward, like the “a” sign () and many of the caret-shaped wedges () on the right.

Regardless of whether Lucifer’s walls are actually translatable, using the Sumerian and Akkadian script lends the room a sense of deep history — deeper even than the Christian faith that demonized Lucifer himself. There’s something comforting in knowing that Lucifer wants to surround himself with trappings of cultures that haven’t associated him with evil, an idea that he has trouble accepting in the show.

His bedroom wall isn’t the only place Lucifer has used cuneiform. On the side of the shipping container used to store his wings in the 1st season is a singular sign, made from four crossed wedges that form an asterisk symbol: . This sign is often transliterated as DINGIR, meaning the word “god” and is also used to identify the names of gods. It can also be written as AN, meaning “sky.” Both could apply to Lucifer’s wings, as they were a gift from his godly father and give him access to the sky. The same sign is on the cover of the book describing the flaming sword, which suggests the “god” reading is more likely. The Sumerian origin of the book also indicates that the cuneiform is likely used for the Sumerian, rather than Akkadian or Assyrian, language.

The cuneiform script is peppered throughout the show Lucifer, which makes for some cool set dressing but is ultimately a little strange. While the Christian tradition does feature some Assyrian figures, most Akkadian writing takes place outside of the context of this monotheistic religion. That is, Lucifer, his siblings and his parents are from a religion vastly different from those that used the cuneiform script. 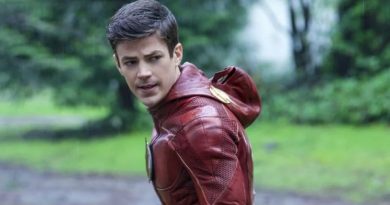 The Flash and his new costume in Season 6 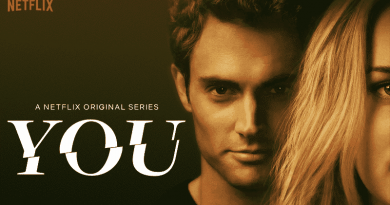 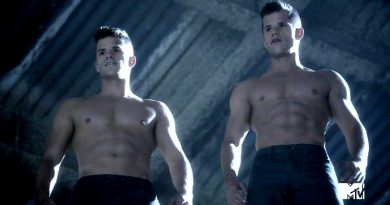 The twins from Teen Wolf are recruited for The Batman movie