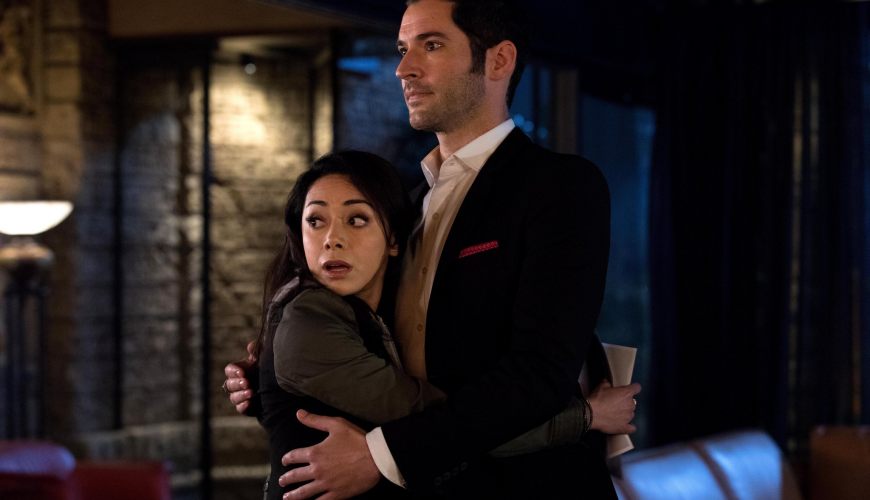 During the Lucifer panel at Comic Con International at Home, Netflix announced the release date for Lucifer Season 6 and it’s way sooner than we could have expected!

“This is Lucifer’s final season. For real this time. The devil himself has become God… almost. Why does he hesitate? And as the world begins to unravel without a God, what will it do in response? Join us as we bid a bitter farewell to Lucifer, Chloe, Amenadiel, Maze, Linda, Ella and Dan. Bring handkerchiefs.”

Lilith’s ring powers brought Chloe back, but that’s not what’s keeping her alive

During the panel, some curiosities on Lucifer Season 6 were also revealed. Lilith’s ring powers brought Chloe back, but that’s not what’s keeping her alive, showrunners Joe Henderson and Ildy Modrovich shared. Now it’s just a nice ring on his hand. It was also said that in addition to the policeman of the first episode of Lucifer, reappear a guest-star of a very special episode.

Amenediel will manage to become a LA PD member while Lucifer will keep investigating but with many things to think about. Corbett (Scott Porter) is Dan’s legacy to Ella to allow her to start loving again. The showrunners cryptically answered the question of whether Ella will become aware of Lucifer’s identity. “Deep down she already knows everything”. I think there might be a good storyline about that in Lucifer 6.

Are you curious to see Lucifer Season 6 on Netflix?

My name is Damyan Ivanov and i was born in 1998 in Varna, Bulgaria. Graduated high school in 2016 and since then i'm working on wordpress news websites.
Ella, Ella Lopez, Lucifer, Lucifer 6, Lucifer finale, Lucifer Season 6, Netflix, TV Series