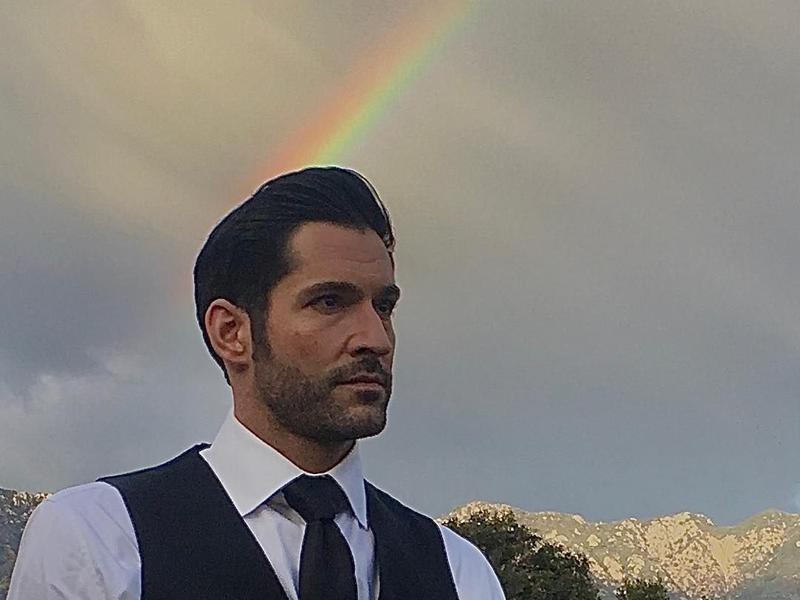 The first half of Lucifer’s Season 5 finished on a major thriller– dropping in God’s appearance in its last few seconds to break up his son’s celestial brawl. Since the series’ hiatus, viewers were thinking where the show would lead next.

Season 6, Episode 1’s title was recently leaked online as “Nothing Ever Changes Around Here,” as confirmed by SpoilerTV. Besides the title, no further details were released regarding what to expect from next season’s premiere episode.

Fan anticipation is at an all-time high for the series’ remainder of Season 5 to be released and its final season. Lucifer’s official Twitter account has made a habit of devilishly teasing fans with hints about the show as they work on filming the rest of the series. Amongst the shared news online, Lucifer teased that in the second half of Season 5, two unnamed characters will be going to therapy and that, whether Lucifer likes it or not, his dad might be staying on Earth indefinitely.

Filming for both Season 5 and 6 was halted due to the coronavirus (COVID-19) pandemic. However, filming for Season 6 is back up and running, as confirmed by the photos of the cast and crew on Twitter.

●●LUCIFER: SEASON 6●●
Status: Production
With the COVID protocols and the necessary care, everyone prepares for the filming of the final season.
Photos shared by: tom Ellis Lauren German @JOSHSTYLELA and @IAmJoelRush
•••#LuciferSeason5 #lucifer#LuciferNetflix pic.twitter.com/dqXZSTvzXH

The Netflix series is based on the Vertigo/DC Comics character created by Neil Gaiman, Sam Kieth and Mike Dringenberg. Lucifer follows the surprisingly playful devil who has retired from Hell to solve crime with his no-nonsense partner and true-love, detective Chloe Decker.

Currently, only the first half of Lucifer’s Season 5 is streaming on Netflix. While Season 5’s Part 2 has no official release date, fans expect its release to be sometime in January 2021.

Lucifer premiered on Fox for its first three years before being canceled; however, Netflix revived it for two additional seasons. Season 5 was supposed to be Lucifer’s final season; however, the show continued to survive cancelation. After a series of negotiations in June, the series gained a sixth and final season.