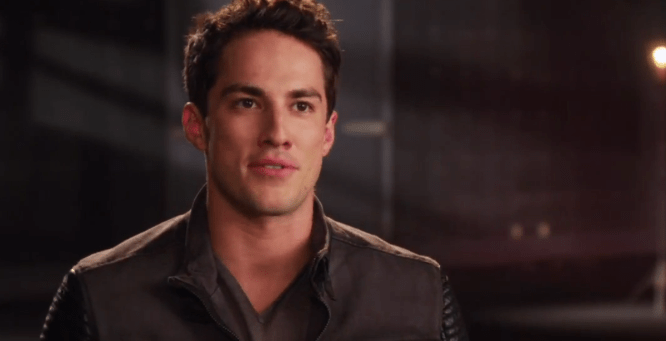 The Vampire Diaries boasted rich mythology with many supernatural creatures. And the creative minds behind the show pulled off some pretty impressive TV magic to bring the characters to life on screen. Michael Trevino, who played the hybrid heartthrob Tyler, shared what it was like to create believable man-to-wolf transitions.

‘The Vampire Diaries’ was about more than just vampires
Vampires, witches, ghosts, and werewolves populated the fictional town of Mystic Falls, Virginia, where The Vampire Diaries took place. In the story, most of the human townsfolk were none the wiser when it came to the bizarre events happening right under their noses.

At the center of the story were two undead brothers, Damon and Stefan Salvatore. Other vamps in the inner circle included Caroline Forbes and Lorenzo ‘Enzo’ St. John. In cases when the crew required some extra firepower, they enlisted the powerful witch, Bonnie Bennett, to assist.

A few humans were in the know, including Elena Gilbert, Jeremy Gilbert, Matt Donovan, and Alaric Saltzman. Tyler Lockwood rounded out the group as the werewolf who an original vampire, Klaus Mikaelson, eventually turned into a hybrid.

Michael Trevino put in ‘very emotional work’ for Tyler’s first transition
The Vampire Diaries Season 2 Episode 7, “Masquerade,” was a turning point for Tyler. When the supervillain vampire Katherine compels a girl named Sarah to bait Tyler, he accidentally kills her during the conflict. In killing Sarah, Tyler triggers the werewolf curse that plagues the Lockwood family.

Tyler’s new chapter as a werewolf had its drawbacks, including excruciating physical transformations during every full moon. In a 2015 interview with Entertainment Weekly, Trevino opened up about shooting his first werewolf transition scene.

That process was with [director] Marcos Siega, and we shot that with him over the course of two, 12-hour days of very emotional work. It was a marathon. There were very specific points with having to break my leg, or break my arm, or I’m spazzing out a bit and there’s growling — so it was two very long and exhausting days. And luckily, by the time we got to season 3, season 4, it got easier. We kind of just had Tyler run into a dark corner and then come back out as a wolf. We didn’t show so specifically what was happening with him. I remember having to get really, really fit, and after our second day when we were completely done, I remember our first [assistant director] ended up buying me an extra-large pepperoni pizza because I had been starving myself to look good and getting ready. Now we just put a couple dots on me on my face and then they fix it all in post-production. Now it’s easy.