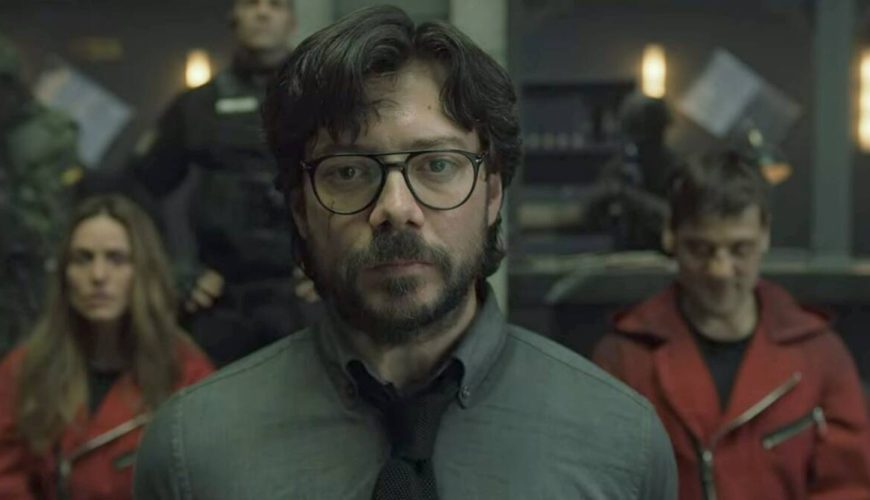 Fans have fallen in love with each of the characters in the Money Heist Series, which has generated quite a stir in the global web series market.

In the first few episodes of Season 1, they get dangerously close to discovering who he is. Professor visits the junkyard and succeeds in deleting the evidence; however, when he tries to assist the detectives with the sketch, the junkyard owner proves to be a hassle.

After taking the officer’s truck, however, the Professor plays his cards brilliantly and turns him hostile by warning him in Russian. The cops clearly failed on two occasions: the first when they failed to catch Professor in the junkyard, and the second when the junkyard owner becomes hostile and lies that he didn’t know anything despite his sketch being almost complete, and Raquel still lets him go.

Clearly, the cops could have been more persistent with him because Raquel already recognized his face, making the rest of the situation a cakewalk for them. The sense of logical interpretation is more developed in police personnel than in the general public, at least in the actual world.

In Raquel’s case, it was the exact reverse, with her quickly trusting the Professor and disclosing all of her personal secrets to him in their first thorough catchup, which was a huge mistake. In the final episode, we get a glimpse of hope when the angel, the only one who knew the Professor’s den apart from Raquel, awakens from her coma.

Our delight is short-lived, however, as Raquel persuades him to join her cause of betraying his own team by failing to share the Professor’s address at such a key point of the operation.

All of this trouble for a woman who had previously exploited him for her own selfish gain, dismissing him from duty without cause and triggering his sadness and subsequent accident, which led to his coma.

Also, despite the fact that Raquel was scheduled to visit Angel, no one is dispatched to Angel’s room to keep an eye on her when Raquel, the compromised officer, enters.

My name is Damyan Ivanov and i was born in 1998 in Varna, Bulgaria. Graduated high school in 2016 and since then i'm working on wordpress news websites.
La casa de papel, Money Heist, TV Series