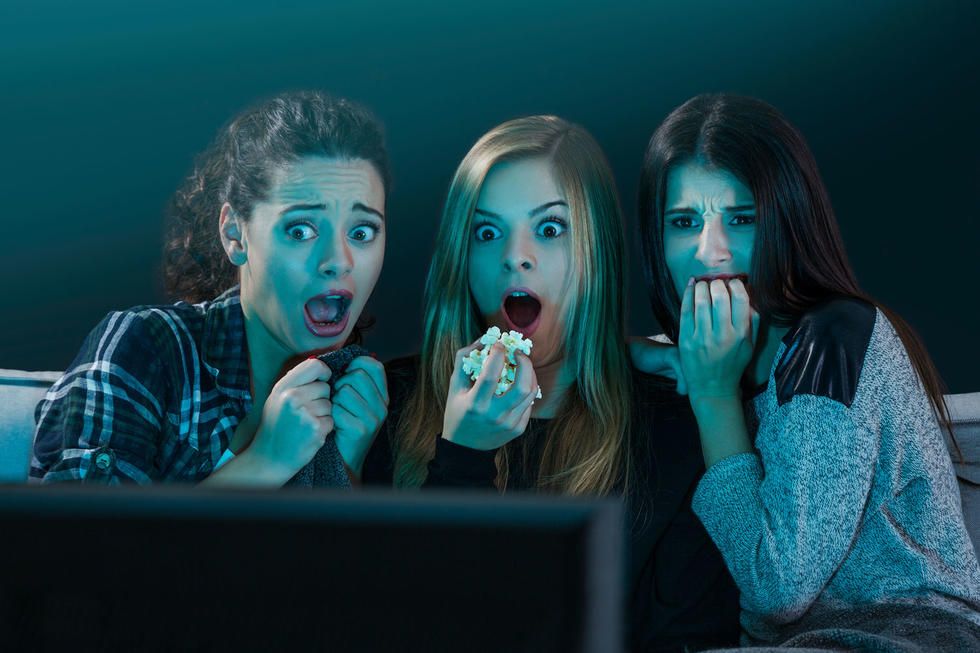 April 2020 might be the biggest month for Netflix ever. Millions of people are stuck at home due to the Coronavirus pandemic with nothing much to do except kill time. And that’s where streaming video comes in, with Netflix happy to take your mind off the horror on the streets. As such, there’s some neat horror (or horror-tinged) stuff hitting the service in just a few weeks.

Cream of the crop is trashy cult classic Killer Klowns from Outer Space. This 1988 film by the Chiodo brothers is notorious for its insane plot, which tells a twisted tale of a clan of evil aliens who just happen to resemble sinister circus clowns. In 2018, Syfy indicated that they were in talks to produce a sequel to the movie, so this suddenly appearing on Netflix might be an indication that the wheels are finally moving on that project.

Slightly more upmarket and intellectual is Yorgos Lanthimos’ The Killing of a Sacred Deer. This isn’t a traditional horror flicks, but it’s suspenseful, frightening and intensely eerie. I don’t want to spoil too much about its plot, but it’s pretty much the crazy surreal weirdness you’d expect from the guy who made The Lobster.

If you’ve got kids who’re bored at home after school’s shut and they’re into horror, you might point them in the direction of season 2 of The Last Kids on Earth. This adaptation of the young adult books shows a dystopian world inhabited by zombies and monsters. The world might be apocalyptic, but this actually suits the main characters pretty well, who now have a tonne of time to do exactly what they want.

I’ve saved the most horrifying title of the month for last, though. Patryk Vega’s 2018 movie The Plagues of Breslau lands on the 22nd of April. The film, described as “90 blood-splattered minutes” by the Guardian, is a serial killer thriller that opens with a victim being sewn into a cow’s hide. We then go on to find a killer determined to recreate an 18th-century plague. Will audiences be sick of plagues by mid-April? Maybe, but I’ll certainly be checking this one out.

So, if you’re done screaming incoherently at the bodies piling up in mortuaries in the real world, why not let off some steam with some silly horror instead? After all, this type can’t actually hurt you!