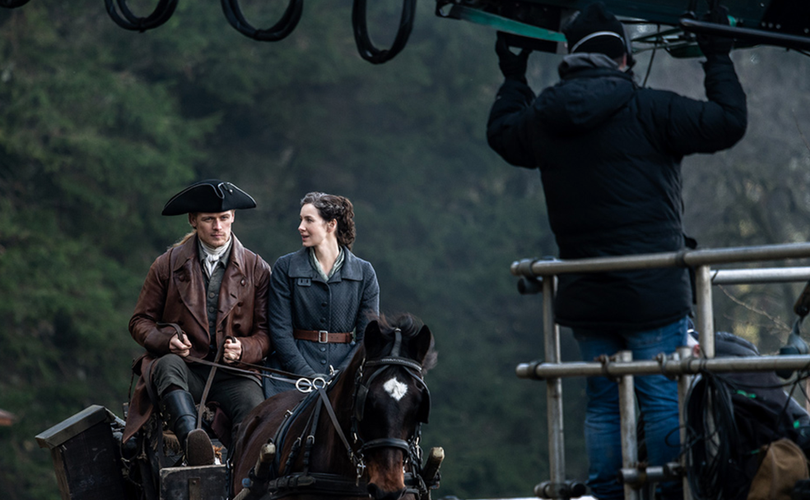 Ever fancied working on the set of your favourite TV show amongst some big names? Well now you can!

Hit show, Outlander are once again recruiting for trainees to work on the set of the much anticipated season 7. As a trainee on the Outlander set, those selected will be learning from some of the finest technicians working in the film and television industry.

On the Screen Scotland website, they announced the exciting news.

They said: “Outlander is a commission from Sony Pictures and Starz and represents a significant production spend and training opportunity for Scotland.

“Since Outlander began filming in Scotland in 2014, Screen Scotland, Outlander and ScreenSkills have co-funded a traineeships programme across all departments including camera, costume, design, assistant director, art department, effects and production – to approximately twenty trainees per series.

“Calls for traineeships go out on Creative Scotland Opportunities website and ScreenSkills Trainee Finder, in advance of each series’ production period.

“Successful applicants with relevant skills and commitment to working in TV drama craft and technical departments get a major opportunity to develop their skills and networks on an exceptional High End TV (HETV) production.

“For more information about specific job roles in the screen industry, check out the ScreenSkills website. “

Over 6 seasons, #Outlander has created more than 9,000 employment #opportunities in #film.

Get a sneak preview of the Season 7 trainee programme below 👀 and stay tuned for full details at: https://t.co/ZNUZ3HtODf pic.twitter.com/L6IvZqmbuE

And Sam Heughan, who plays Jamie Fraser in the show even tweeted saying he might apply.

Along with the news of the new posts, Screen Scotland also shared a cool video, voiced over by no other than Jamie and Claire Fraser about how amazing it is to work behind the scenes in Outlander, and even played clips of people who took part in the scheme.

Last year, on the set of season six, 16 trainee positions were filled across various departments.

More information can be found here.