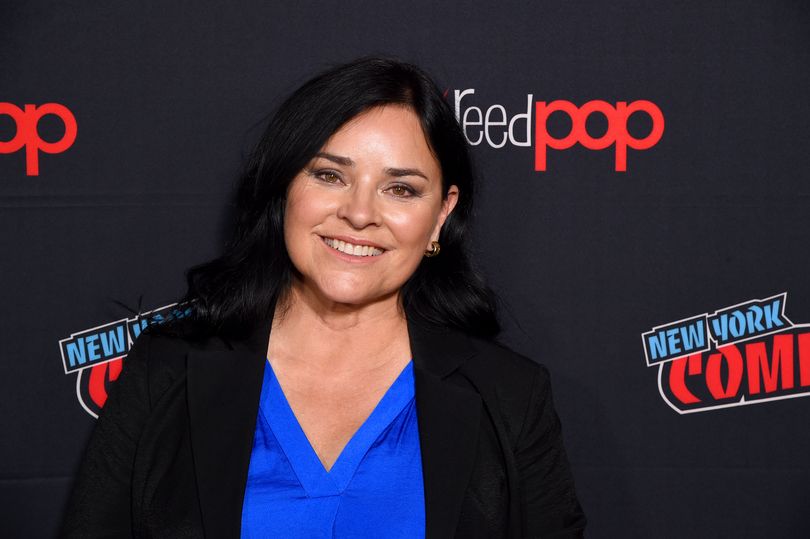 Diana Gabaldon has hinted that the 10th Outlander novel could be the last.

The bestselling American author is currently working on her tenth instalment in the historical fantasy series, and revealed this book may be the last. Fans aren’t expecting the next book to be released anytime soon after it took seven years to complete book 9, Go Tell the Bees That I Am Gone (Nov. 23, 2021) in the series after the release of book eight Written in My Own Heart’s Blood (June 10, 2014).

The Arizona-born wordsmith frequently chats with Outlander fans on social media, and answers their questions about the future of the popular series. After sharing an excerpt of her 10th novel on Twitter, one fan asked: “Thank you for this. I can’t wait to read it in its entirety. It will be bittersweet, though, since if I’m not mistaken ( I hope I am) this is the final Outlander book?”

Diana responded: “I don’t know. I _think_ it might be the final Jamie and Claire novel, but then, I thought OUTLANDER was a single practice book that I’d never show anybody, so….” However, despite the sad idea of the series ending, Diana has confirmed that she will answer the one question fans have been dying to know since season one.

Was the ghost watching Claire when she was on her honeymoon with Frank in 1945 when she went through the stones for the first time Jamie? “The ghost is Jamie–but as for how it fits into the story, All Will Be Explained—in the last book,” Gabaldon wrote in the FAQ section of her website.

She has also written in the FAQ section that Outlander will end in 1800 in Scotland with a happy ending. “Yes, the last book will have a happy ending, though I confidently expect it to leave the readers in floods of tears, anyway,” she writes. “If this tells you anything, more power to you.”

Following is the most recent book 10 excerpt—this past weekend— that Gabaldon has posted on twitlonger.com:

A piercing scream stopped Brianna in mid-word. At once, she detached the infant from her person and pushed him into William’s arms.

“Here,” she said, and disappeared in a rustle of skirts. He heard her footsteps, irregular thuds suggesting that she was taking the porch stairs two or three at a time, and then her distant voice inside the house, upraised in adjuration. He looked down at the warm bundle, and carefully readjusted it so that the child rested—face up—in the crook of his elbow.

The little boy was smacking his milky lips in a thoughtful sort of way, as though curious as to the sudden change in his circumstances, but didn’t seem to object to them.

“Hullo,” he said, tentatively. The infant’s round eyes narrowed suddenly. The little body stiffened and a sharp smell of fresh pee made William hold the baby hastily out at arm’s length, then squat and lay David on the grass before anything else happened. Something else promptly did, and the child turned purple and began shrieking.

“Really?” William said. “Come now, we scarcely know one another.” A quick glance at the house revealed a complete absence of Brianna or any other woman who might be helpful, and the muffled shouting inside suggested that no one was likely to appear very soon. He rubbed a finger under his nose, then shrugged and set about gingerly removing the infant’s napkin, which was wet and filled with a sweetish smelling, mustard-like substance, sufficient in quantity as to have leaked down the baby’s legs.

The blanket was wet in spots, but not filthy, and he used it to clean the tiny privates and legs. The shirt had suffered somewhat in the eruption, and he managed to roll this up and edge it gingerly over the child’s head without getting too much shit on either of them. David had quit yelling by this point, and kicked his little bandy legs with enthusiasm.

“Better, yes?” William asked, smiling down at him. “Yes, I think so, too. What the devil am I to put on you, though?”

Davy—yes, that’s what his sister called the baby—was a good deal younger than Trevor had been the first time William had met him, but the sensation of something at once very fragile and yet amazingly solid—very male–brought back immediate memories of Amaranthus’s son—and Amaranthus.

William blew out his breath and drew it in again, slowly, trying to ease the sudden knot in the pit of his stomach.

“Where are you?” he said softly to the mountain air. “And what are you doing?”

_What have you done_? This thought came on the heels of the first, and he shook his head violently, in hopes of dislodging it. Pressing his lips together, he pulled a large—and only slightly used—handkerchief from his pocket and shook it out.

“Better than nothing,” he said to Davy. “Must keep up appearances, mustn’t we?”