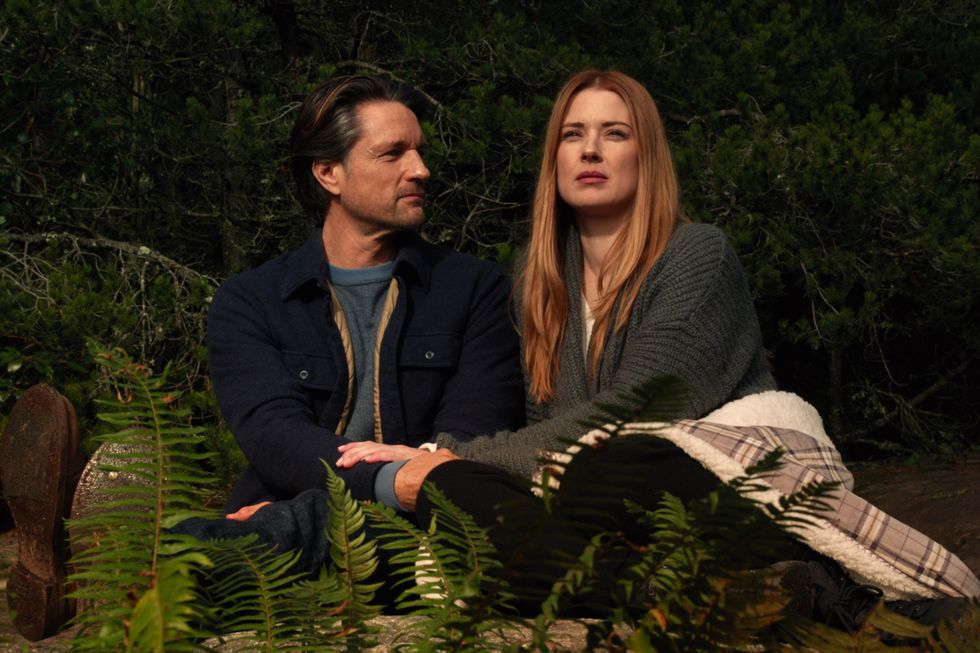 Virgin River fans are celebrating today as season four of the Netflix drama arrives after more than a year of waiting.

And they aren’t the only ones! The show’s official Instagram account shared this adorable photo of lead star Martin Henderson, who plays Jack Sheridan, celebrating the end of filming.

The video shows Henderson having a good boogie, with ‘Welcome Back’ by Mase dubbed over the top – although we like to think this is what he was dancing to in the original.

The show’s official account has been counting down to season four for weeks, and have posted some great behind-the-scenes snaps every day in the week leading up to its release.

Recently, we got a glimpse of the cast in full middle-ages costumes while filming episode five of the new season, which sees a Renaissance Fair coming to town.

As well as fun and games, season four of the beloved series has also brought drama.

The big season three cliffhanger revolved who the father of Mel’s baby might be and, without spoiling anything, we got an answer!

Fans will also be happy to hear that season five, which was renewed at the same time as season four, has already started production.

The team has been working hard already, and two days before season four dropped it was confirmed the cast were already back in action.

Sharing a screengrab of everyone at a virtual table read on Zoom, the official Instagram wrote: “A snapshot of our amazing cast during a table read for SEASON 5.. Yes, you heard that right folks….We have now started production on SEASON 5!”