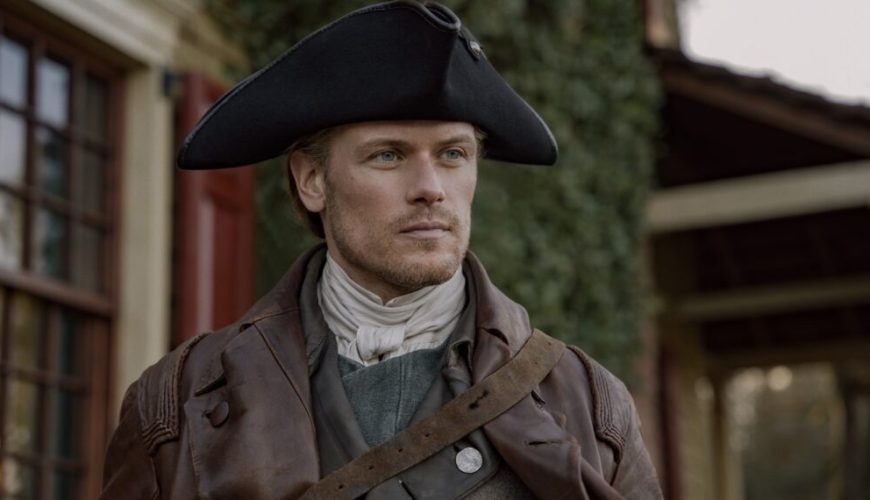 Outlander Season 7 is getting closer and closer, and we already know that it will be the biggest season yet. After a truncated season 6 featuring just eight episodes, season 7 will be “mega-sized” and cover more than one of Diana Gabaldon’s books. However, it’s possible that season 7 is so big that it won’t air uninterrupted. Here’s all the signs that Outlander Season 7 might be split into two parts.

‘Outlander’ Season 6 ended early due to Caitriona Balfe’s pregnancy
The original plan for Outlander Season 6 was 12 episodes. But the pandemic delayed the start of filming nearly an entire year. And then not long after filming finally began, star Caitriona Balfe (Claire Fraser) discovered she was pregnant.

At that point it was the spring of 2021 and fans were already one year into Droughtlander. So, executive producers decided to stop season 6 production after episode eight and move the final four planned episodes of season 6 to the beginning of season 7.

That way, season 6 could get on the air as fast as possible and Balfe could take the time off that she needed to give birth to her first child — a healthy baby boy she shares with husband Tony McGill.

All of the signs that season 7 could be split into two parts
Season 7 of Outlander will feature a total of 16 episodes, and the story will pick up where season 6 left off — with Claire in prison wrongfully accused of the murder of Malva Christie (Jessica Reynolds). As the Revolutionary War looms, Claire is fighting for her life after being accused of witchcraft and Jamie (Sam Heughan) is racing to find her before she is hanged for the alleged crime.

These are the events of the end of Gabaldon’s sixth book A Breath of Snow and Ashes, and this storyline will likely wrap up by episode 4. But then, it’s time to move on to the events of book 7 An Echo in the Bone.

With the cast hard at work shooting #Outlander Season 7, inquiring minds wanted to know: what are their on set survival tips? pic.twitter.com/FDJRLMBTaH

With so much story to tell over 16 episodes, it’s likely that Starz will spread things out and split the season in two instead of speeding through it non-stop. The biggest reason that the split is expected is because of precedent. The only other season to feature 16 episodes was season 1, and it was split into two halves with eight episodes each.

And, since Outlander is the most-watched show on Starz, the premium cabler will want to milk the super-sized season for all it’s worth and keep things spread out for as long as they can to bring in as many viewers as possible. Instead of doing a Netflix-inspired full season drop in a short amount of time.

Producing a season of ‘Outlander’ is no easy task
Executive producer Matthew B. Roberts has also teased that season 7 will premiere in late 2022 or early 2023. Production did begin in March, but it takes nearly an entire year to produce a regular season. Considering this season is bigger than normal, splitting it in two would make sense in order to get the first half on the air by the end of the year.

As those first eight episodes air and then the show goes to break, that would give the cast and crew the chance to film the second half of the season and get it finished in post-production. We already know that filming is scheduled to wrap in February or March of next year.

So, fans should probably expect a season premiere around the holiday season. Then, the second half will likely air in late spring of 2023. In the meantime, fans can catch up with Outlander Seasons 1 through 5 on Netflix. Season 6 is available on the Starz app.