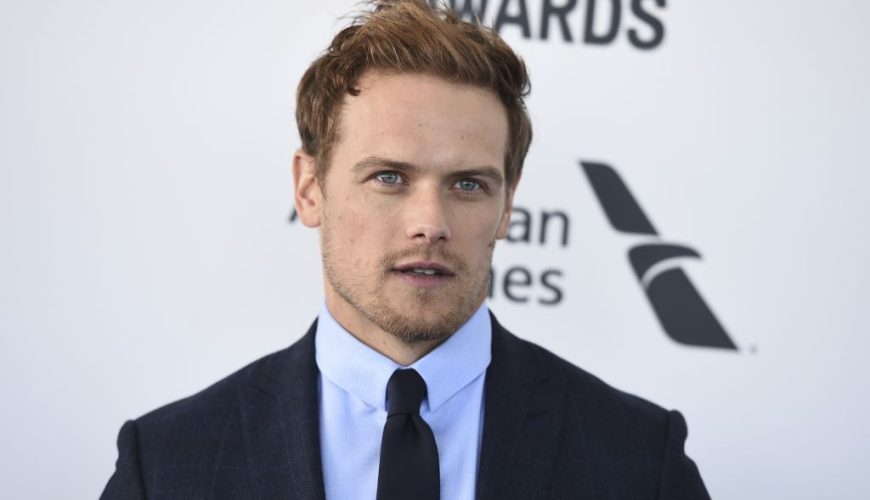 Outlander season seven is currently in production in Scotland, as the cast have been spotted filming in different locations.

Droughtlander is in full swing as fans are patiently waiting for the seventh season, and Sam Heughan has paid tribute to his co-stars in a heartfelt statement.

The Balmaclellan-born actor, who is best known for his role as Highland warrior Jamie Fraser in the Starz historical fantasy, gave a sweet statement about his co-workers. Outlander season seven is currently in production in Scotland, as the cast have been spotted filming in different locations.

In an interview earlier this year, the 42-year-old actor revealed the seventh season would likely still be getting filmed until around March 2023. Fans are eagerly anticipating the next instalment of the hit show, as season six was cut short due to complications of the coronavirus pandemic and Caitriona Balfe’s pregnancy.

Speaking highly of the Outlander team, Sam said: “Do you know what gets me out of bed at seven, or four, or five in the morning is probably just my co-workers, right?”

“It’s like we’re all in it together and we’re all doing it and I think that as soon as I get in my car and I go to work… I’m with my driver and my makeup artist and then the whole gang is there. It’s just fun, we’re a big family, we are.”

Heughan told Gold Derby: “We all support each other (and) we’re a big network. The writing – and I think season six was a really well-written season and seven appears to be that way as well.

“I think the writers have had time and it’s interesting because some episodes need more to others that need less. But I feel the consistency of Jamie, you know there’s a certain way that he talks that some writers get and some writers don’t but yeah, I do enjoy it.”

Like many of his fans, there was one final reason Heughan why he was keen to continue his role as Jamie.

“I guess the bigger picture and what keeps me going… I wanna know what the story is,” he admitted. “I wanna know how it ends so yeah, that’s why I’m in this with everyone else.”

Speaking to Esquire, Sam opened up about how the new season is shaping up: “We’re shooting season seven and it’s flying by. It feels like we started yesterday but already we’re on our sixth episode.

“This season is going to take a while, it’s an 18-episode bumper mega season, so we probably won’t be finished until March or February of next year. It’s a big one this year as last year we had to reduce it by six episodes because of Covid and my co-star [Caitriona Balfe] was pregnant, so we moved it.”

When asked if he ever thought the show would become this big, he responded: “In one word: no. Absolutely not.”

He added: “I didn’t know anything of the books when I first started and I remember my first day with my driver and we were driving into work, and he was like ‘How long do you think this will go for?’ and I said: ‘Probably a year, maybe two?’

“Next year it’ll be a decade. So it has been quite a journey, but it’s been incredible, it’s changed my life. It’s been hard graft, but really rewarding.”