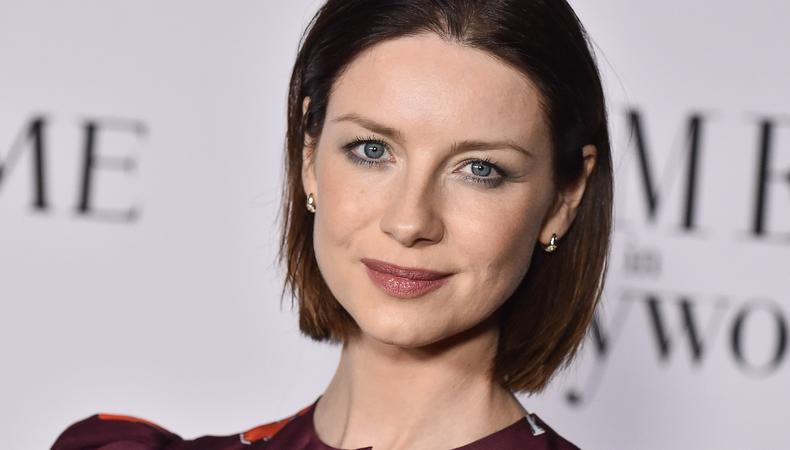 Jeremy Clarkson is an allegedly popular writer and TV host in the UK – recently penned a venomous column about Meghan Markle, and Irish actress Caitríona Balfe is one of many who clapped back against his outrageous bile.

People either love or loathe Meghan Markle, Prince Harry’s wife, but no way did she deserve the puke that Clarkson felt compelled to share in one of his rants: “Dreaming of the day when she is made to parade naked through the streets of every town in Britain while the crowds chant, ‘Shame!’ and throw lumps of excre*ent at her.”

The Sun tabloid didn’t use the edit button and published his revolting thoughts, and Clarkson was roundly attacked.

“Outlander” star Balfe, who also earned raves for last year’s Oscar-winning film “Belfast,” was one of many who called Clarkson out for his grossness.

“What some people may think are flippant remarks or try to pass off as comedy can actually have grave consequences,” Balfe wrote on her Instagram while sharing an interview snippet with British pol Stella Creasy who wants to make misogyny a hate crime in the UK.

“@stellacreasy put it so succinctly here. There should be no place for this kind of misogyny…..

“Maybe people like @jeremyclarkson1 should ask themselves why this young woman who made decisions for the health and safety of her family triggers him so much.

Balfe was spot on in calling out Clarkson, who made a lame attempt at an apology and thankfully seems to be experiencing many negative repercussions for his hateful words.