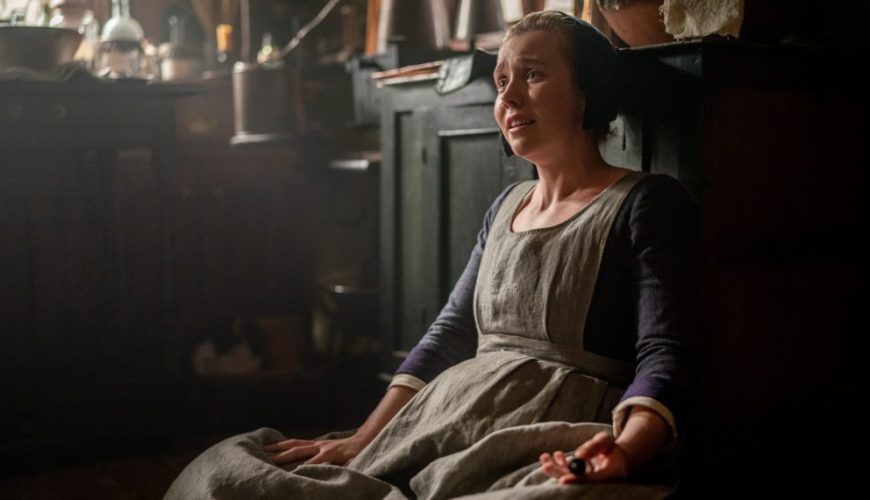 Outlander star Lauren Lyle has teased that things are set to get “really deep and really dark” when it comes to her character Marsali Fraser and partner Fergus in the romance drama’s long-awaited sixth season.

The previous instalment’s finale saw Marsali, who is married to the adoptive son of Sam Heughan’s Jamie Fraser and Caitriona Balfe’s Claire, enact vengeance on Lionel Brown for sexually assaulting Claire by fatally injecting him with hemlock.

While promoting her new BBC drama Vigil – in which she shares the screen with Game of Thrones’ Rose Leslie and Gentleman Jack’s Suranne Jones – Lyle hinted at how Marsali’s past actions might reverberate through the next chapter, particularly when it comes to her once seemingly perfect relationship.

“Marsali and Fergus have always been this fun, romantic couple – young, cool – like the ones that make people laugh and are just really in love with each other and have all these kids,” she told Radio Times. “This time, it just got really deep and really dark… They’re at their most tested.

She added: “It’s the most tumultuous time that we’ve seen them and their relationship [in]. Marsali really has, this season – it’s the first time you see her having to step up, and she’s sort of supporting the family and dealing with her own needs.”

As expected, Balfe and Heughan will also be back as time-travelling lovers Claire and Jamie in Outlander season 6, while Sophie Skelton, Richard Rankin and John Bell are also set to reprise their respective roles as Bree Randall, Roger Wakefield and Ian Fraser Murray.

The gang will be joined onscreen by newcomers Mark Lewis-Jones as Tom, Alexander Vlahos as Allan and Jessica Reynolds as Malva Christie.

My name is Damyan Ivanov and i was born in 1998 in Varna, Bulgaria. Graduated high school in 2016 and since then i'm working on wordpress news websites.
Lauren Lyle, News, outlander, Outlander 6, outlander season 6, TV Series