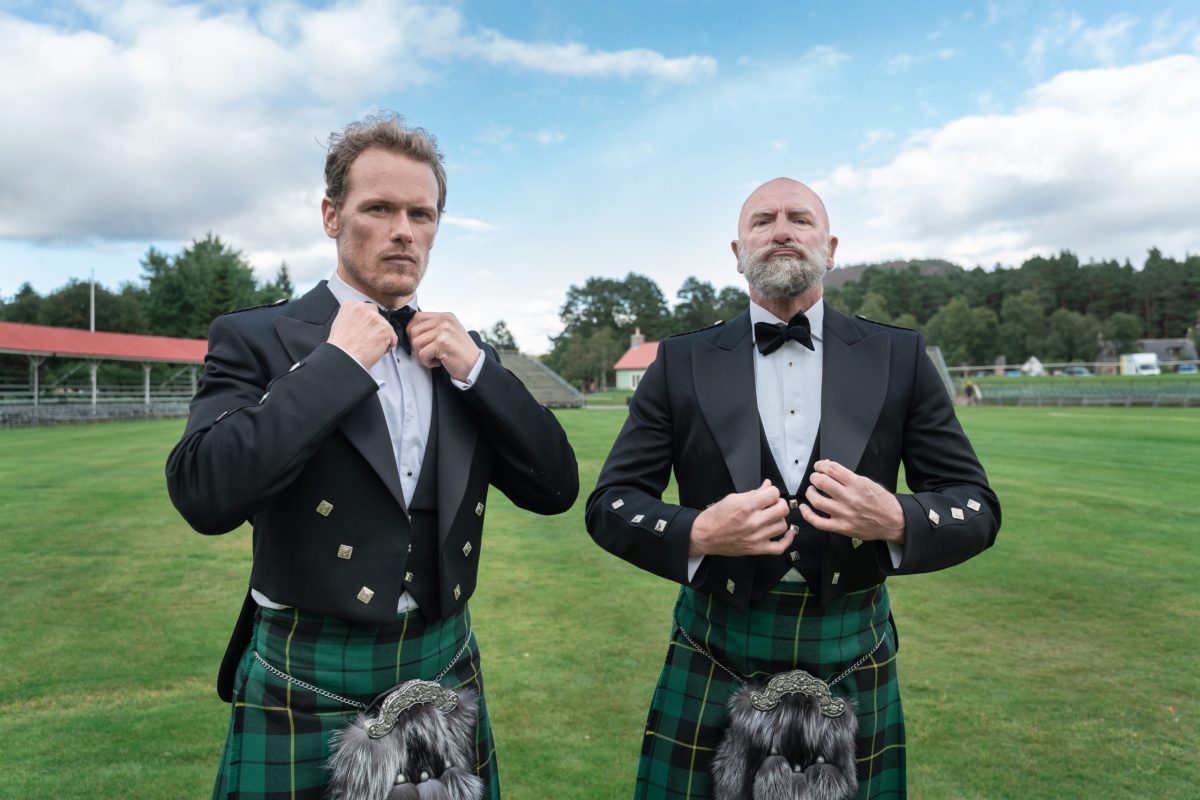 Outlander star Sam Heughan is delighted after his new Men in Kilts Scottish travel show was nominated for a top TV award.

Heughan, 41, stars in Men in Kilts: A Roadtrip with Sam and Graham alongside Scots author Graham McTavish.

In the hit travel series, shown on Amazon Prime, the pair tour around Scotland, exploring the country’s culture and history.

In the eight episode first season, Heughan and McTavish, 60, sample Scotland’s finest food and drink, delve into the country’s sports, including golf and traditional Highland Games, and explore historic traditions, such as storytelling and ancient rituals.

The Starz series has been nominated as the critics choice for best travel/adventure show at the Real TV Awards.

The show is up against tough competition, with other nominations including National Geographic’s Running Wild with Bear Grylls, Netflix’s Somebody Feed Phil, CNN’s Stanley Tucci: Searching for Italy and the Food Network’s The Great Food Truck Race.

Heughan shared his excitement at the nomination on social media today.

In a post on Instagram, Heughan, from Balmaclellan, Dumfriesshire, said: “So thrilled our wee show has been nominated for a @criticschoice award! Huge thank you to @sptv and @starz for believing in our project, @boardwalkpictures and @greatglencompany for the hard work and of course, my great companion @grahammctavish What a ride!”

The post attracted more than 17,000 likes and hundreds of comments from fans.

One wrote: “Congratulations Sam, Graham & everyone else involved in the making of Men in Kilts. It has been such a joy to watch each episode, and to see Scotland through your eyes.”

Another commented: “All of these awards are so deserved! The awards will just keep coming!!! congrats.”

A third said: “I love how everything huge is ‘wee’ in Scotland.”

We previously told how Heughan poured whisky down his swimming costume during a surfing trip in his homeland while filming Men in Kilts.

Heughan had a stash of his favourite tipple at the ready as him and McTavish hit the icy waters off the Isle of Lewis.

He said: “It was to keep me warm – you pour it down the wet suit. It keeps you warm and saves you peeing yourself.”

My name is Damyan Ivanov and i was born in 1998 in Varna, Bulgaria. Graduated high school in 2016 and since then i'm working on wordpress news websites.
Award, awards, Graham McTavish, Men in Kilts, News, Nomination, Sam Heughan, TV Series