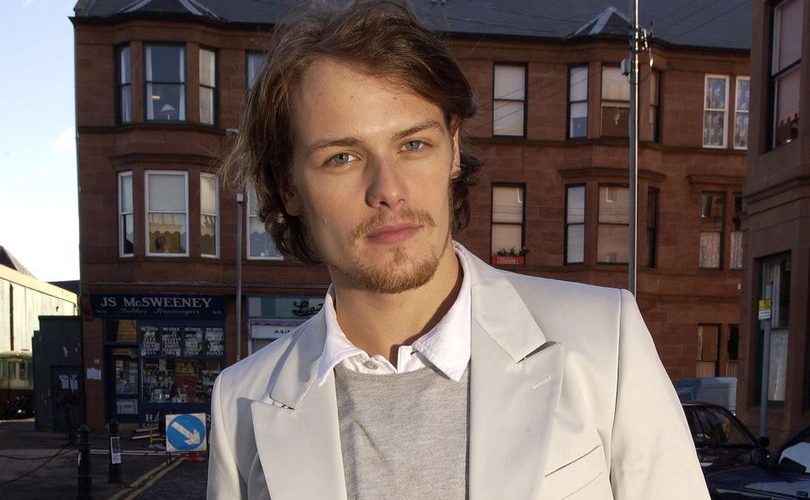 The Dumfries-born actor, who is best known for his role as Jamie Fraser on the hit historical fantasy show, got one of his first big breaks on the BBC soap. After graduating from the Royal Conservatoire of Scotland, Heughan, now 42, made his debut in the Scottish soap playing Livingston FC footballer Andrew Murray, who was said to the new “golden boy” of the Scottish Premier League.

During his time on the show, footballer Andrew soon got involved in a romantic tryst with Kelly-Marie Adams, played by Carmen Pieraccini. After the two tied the knot, he whisked her away to Monaco to live out her dream of being a WAG to its fullest potential – but in true soap opera style it would all come crashing down before long.

Success soon got to his head and Andrew couldn’t stop cheating on Kelly-Marie, which forced her return to the rainy streets of Shieldinch. Eventually, Andrew gave his wife an ultimatum and she chose to stay in Scotland which bruised his ego. In retaliation, he immediately got engaged and then sold his story to the papers.

Sharing a throwback photo from his time on the soap, Heughan tweeted: “Happy birthday #rivercity! Haha loved the special ep – must get myself a ‘bottle of blue’ to drink!”

Haha loved the special ep – must get myself a “bottle of blue” to drink!
😵‍💫🙌 pic.twitter.com/J7078Lv0AN

Recalling the role in a recent interview, Heughan said: “River City has its own fan base and I had a great time on it. It was a learning curve for me. I remember walking down the street and this guy hung his head out of his car and shouted, ‘w***er!’.

“At least in Scotland they tell it like it is. I’m prepared for people at home to let me know exactly what they think of the show.”

Despite making a name for himself in the states, the Scots star has stayed humble to his roots – later paying tribute River City co-star Johnny Beattie after he died age of 93. Sam wrote: “What a gentleman. So sad to hear this” when hearing of his passing.

My name is Damyan Ivanov and i was born in 1998 in Varna, Bulgaria. Graduated high school in 2016 and since then i'm working on wordpress news websites.
News, outlander, River City, Sam Heughan, TV Series