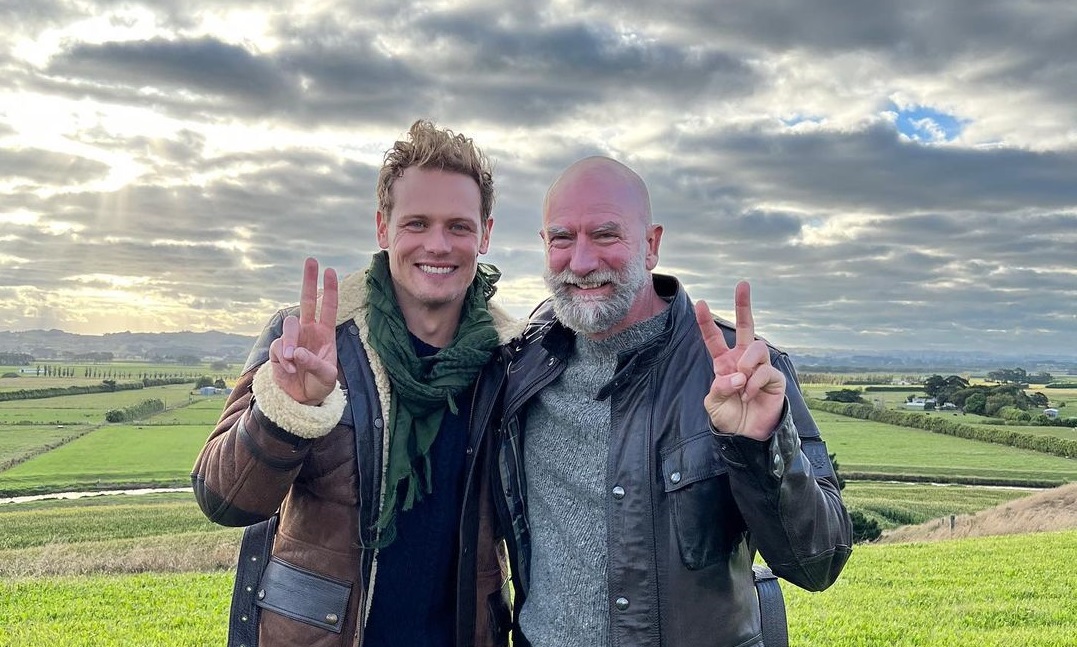 Sam Heughan shares a close bond with his Outlander co-stars, and that includes Dougal Mackenzie actor, Graham McTavish. Taking to Instagram on Thursday, the TV star penned a sweet birthday tribute to his co-star – and he also hinted at some very exciting news.

Posting a photo of the two of them on location, Sam wrote: “A very Happy Birthday to the mighty Bearded One @grahammctavish!!! Have a great birthday buddy, can’t wait to celebrate with you (may even buy you a latte)…@meninkiltsstarz coming soon!”

Sparking a reaction from fans, many were also quick to wish Graham a happy birthday.

“Happy birthday, Graham! Have a great day! I am looking forward to seeing the 2nd season of MIK!” wrote one.

Set to return later this year, season two of Men in Kilts will explore the heritage of New Zealand. The official release from Starz explains that: “Heughan and McTavish will continue their immersive adventure travel experience, this time in New Zealand. They will revel in the Scottish influence of New Zealand while diving into its own history.”

Often praised for the hilarious relationship between Sam and Graham, the pair have become closer than ever since meeting on the set of Outlander in 2013. As well as starring in the period drama, and Men in Kilts, they’ve also gone on to write two books together – The Clanlands Almanac: Seasonal Stories from Scotland, and, Clanlands: Whisky, Warfare, and a Scottish Adventure Like No Other.