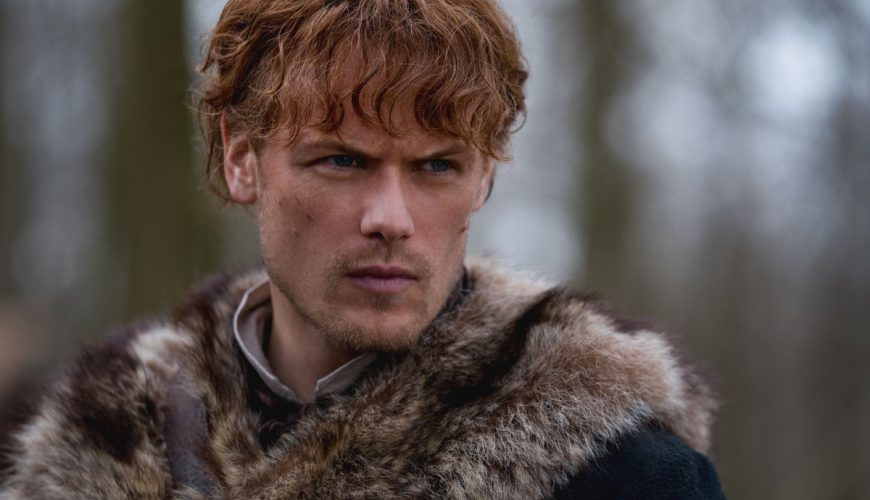 Outlander star Sam Heughan was ‘born to play Jamie Fraser’, according to the executive producer of Starz hit time-travel series.

In a clip from The Outlander: Season 6 Collector’s Edition set, Blu-ray, released on September 20, Maril Davis details why Scottish actor Heughan, who has played the much-loved Highland warrior since the series’ inception in 2014, was the only actor for the role.

“I remember we were at our offices in Pasadena,” Davis recalls in the clip. “You’re watching tapes and on the first round of casting, Sam’s audition tape came up and we watched it, and we all realiaed in that moment that this was our Jamie.

“And all along we assumed we’d never find him. It was like a needle in a haystack. He just popped out right away.

“And then we did a video conference with him and immediately, he just jumped off the screen.

“Sometimes in this life, there are certain actors out there who were born to play certain parts and Sam Heughan was born to play Jamie Fraser.”

Heughan recently has opened up about what he’ll miss most when Outlander finally comes to an end.

The 42-year-old star was asked the question in aninterview with men’s luxury lifestyle magazine Square Mile.

He admitted it’s something he’s been thinking a lot about recently, with rumours Outlander’s seventh, which is set to air in May 2023, could be the last.

“What will I miss? I’ll miss the camaraderie, the people, the routine,” he said.

“The routine is pretty tough, pretty full on. But there’s something wonderful about it, going to work every day, you know you all are going to be fucked but the end.

“It’s hard work, it’s full on, but you’re all in it together.

Earlier this year, Heughan talked about the possibility of his character being killed off in Outlander – and he admitted it may not be long in coming.

In an interview with Gold Derby, the Balmaclellan-born star said: “I think about his mortality. I think Jamie thinks about that a lot more now.”

“He’s not worried about dying, but I think it’s the consequences of dying.”

Fraser has cheated death several times since the beginning of the series, and Heughan reckons his character has used seven of his nine lives.

Heughan said: “We talk about Jamie’s nine lives… I think he’s had about seven or six of them.

“Each time it costs him more, you know? It’s an interesting one because I think it’s in the scripts but I think it’s [also] in Diana’s books.”

Elsewhere in the interview with Gold Derby, Heughan discussed his sex scenes with his onscreen wife – and the Scots heartthrob admits he ‘enjoys those moments’ with actress Caitriona Balfe.

Recalling a scene from season six, he said: “When he comes back from being away, I remember even choreographing that scene.

“He throws his jacket at Mrs Bug and jumps up the stairs and just the sheer pace of it, and the lightness he’s got in him.”