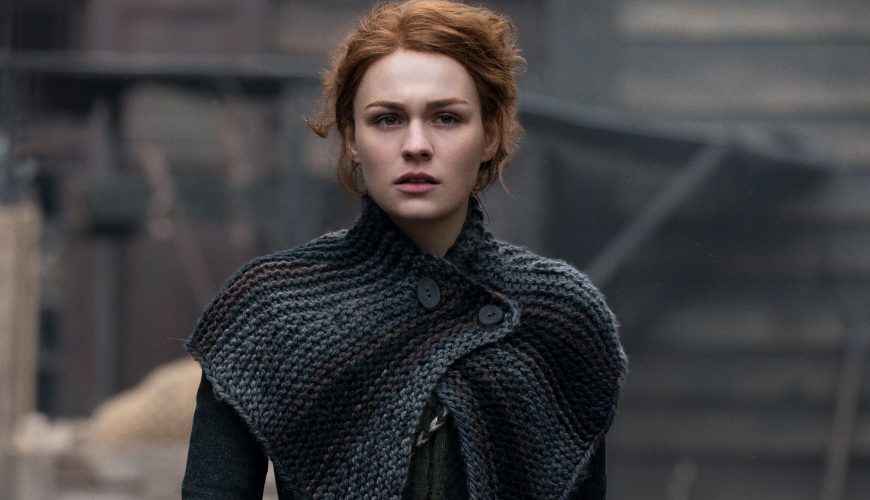 Outlander star Sophie Skelton, who plays Brianna Fraser on the show, has unveiled her new face after emergency dental surgery left her with part of her jaw bone missing.

Sophie Skelton, 28, was rushed to hospital for emergency dental work which resulted in the extraction of more than just damaged teeth. The actress then shared the results of her transformation, displaying her sore face to followers on her Instagram account.

“Sooooooo, a week ago, I had an emergency 3x wisdom tooth extraction,” she told her 696,000 followers on the app.

In the next picture, she unveiled a candid photo of herself with no makeup, sporting a swollen and painful face.

“Disclaimer: #nofilter,” she warned, using a tears of laughter emoji to punctuate her point. Some fans argued that the swelling wasn’t hugely noticeable after her dental emergency, but she addressed that point in a subsequent slide.

“Remember, things can always get worse…” she warned, before posting a photo of the next problem she encountered – a heavily bandaged finger.

There has been plenty of proof in the past of poor Sophie’s tendency to inadvertently have accidents, including a moment on Outlander when she accidentally almost set herself on fire.

She spilled all during an Instagram Live Q&A, when she and her on-screen mother Claire Fraser, played by Caitriona Balfe, shared their most dramatic moments from series six.

“I nearly set myself on fire. It actually went down my corset at one point, a little endless spark down my corset,” she exclaimed.

The accident had taken place during a dinner table scene, and involved matches.

“It’s when we’re all together isn’t it? It’s a really bad recipe for giggle-fest disasters,” she quipped as the pair discussed the show.

The embarrassing moment may eventually come to light as a gag-reel of bloopers will eventually be uploaded to YouTube.

Before that, the reel is expected to be included on the official DVD of the show’s sixth series, which hits shelves this month.

“We get very naughty, we’re like naughty school children and usually whoever’s first in tries to wrangle us and tell us to behave, it’s very childish,” Caitriona teased on Instagram as a preview to what fans might be able to expect.

Fans will also be able to catch eight deleted scenes which never made the final cut.

Meanwhile, it has been confirmed that production has begun on series seven of the show, which is expected to start airing next year.

Despite the string of unfortunate mishaps, and a decidedly sore finger and face, Sophie still found the time to pay tribute to Queen Elizabeth II following the sad news of her death.

She posted a photo of the Queen taken not long after her coronation, captioning it with the words: “Thank you, Your Majesty.”

Outlander seasons 1-6 are available for viewing on Starzplay.

My name is Damyan Ivanov and i was born in 1998 in Varna, Bulgaria. Graduated high school in 2016 and since then i'm working on wordpress news websites.
emergency surgery, News, outlander, Photos, Sophie Skelton, TV Series