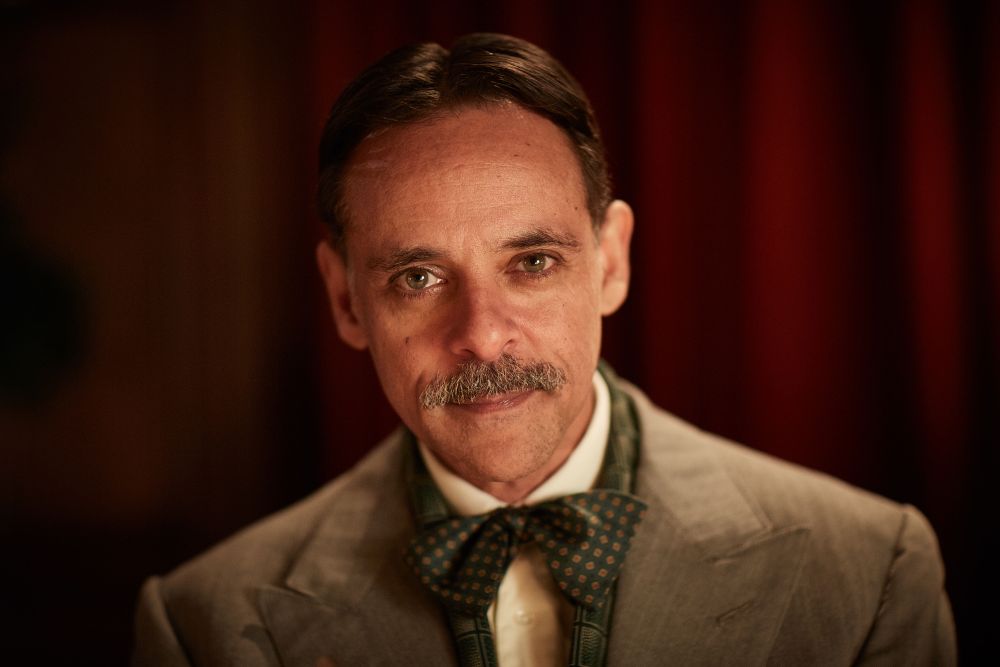 The actor, who played painter Ruben Oliver in season three, told NME of the intense environment on-set alongside the other stars.

“It is not fun. It’s full on,” Siddig explained. “There are people kicking off left, right and centre. The Peaky Blinders lot are a group of method actors.

“You walk into a room and there’s a bunch of them sitting around a table all singing Peaky Blinders songs and you’re like, ‘Excuse me, wrong door’. They have a pack mentality and they hang out together, they’re fierce.”

Siddig explained he was “very much on the outside” but added that, referring to the main cast: “They’re lovely lovely people obviously, but they’re in their characters.”

He added: “Normally you’re on a TV show or a movie and people aren’t in their characters. They’re just hanging around and milling about but no way, on this one that wasn’t happening.”

Regarding his character Ruben, who is Polly’s love interest in the third season, Siddig speculated on what could be in store for the character if he were to return to Peaky Blinders.

“I think he’s kind of wasted if he’s not a mole of some sort,” he said. “There was the insinuation that he was something to do with a larger conspiracy to do with people from foreign countries involving very important people.

He continued: “I suspect that if anything he’s not just a love interest, and that that element was a way to get to become a bit more dangerous. You have to assume it’s going to come back, so there are elements of him that were kind of shady and I quite like that.”

Alexander Siddig is currently starring in action romp Skylines, which he calls “a very ‘leave your brain at the door, let us do the heavy lifting for you and we’ll take you on a ride’ type of film.”

Describing the film’s appeal, the actor added: “The film is like Muse compared to Radiohead. It’s glam and it’s supposed to be, it bigs it up. It’s more Rocky Horror [Picture] Show than it is 2001: A Space Odyssey.”

Skylines, a sequel to Beyond Skyline and the final entry in the trilogy, was written and directed by Liam O’Donnell. The film will be released on December 18.