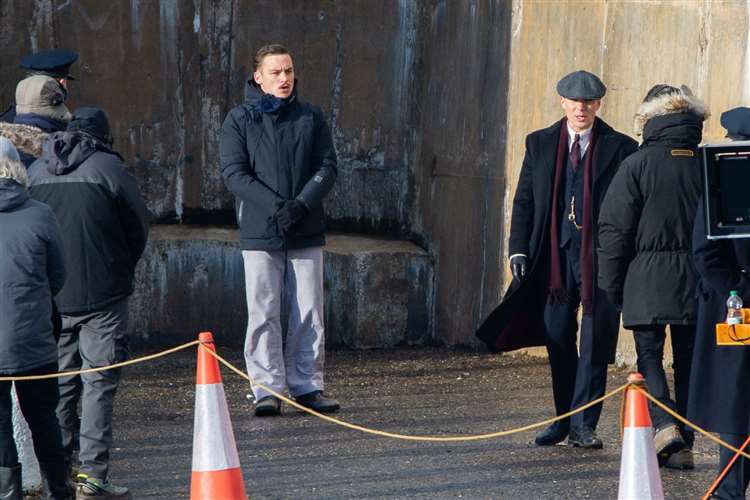 FILMING on the sixth season of Peaky Blinders in Portsoy got under way today.

Both the old and new harbours in the coastal town are being used for the gangster drama, with filming to continue to tomorrow.

The old harbour, which dates back to the 17th century, has been transformed into a French village. Currently-closed local hotel The Shore Inn is acting as the fictional Hotel Lalanne.

The new harbour, meanwhile, appears to be being used to film prison scenes of some kind – including one (pictured above) of an altercation between Tommy Shelby, played by Cillian Murphy, and Michael Gray, played by Finn Cole.

Our photographer Daniel Forsyth was on hand to catch a glimpse of the first day of filming. 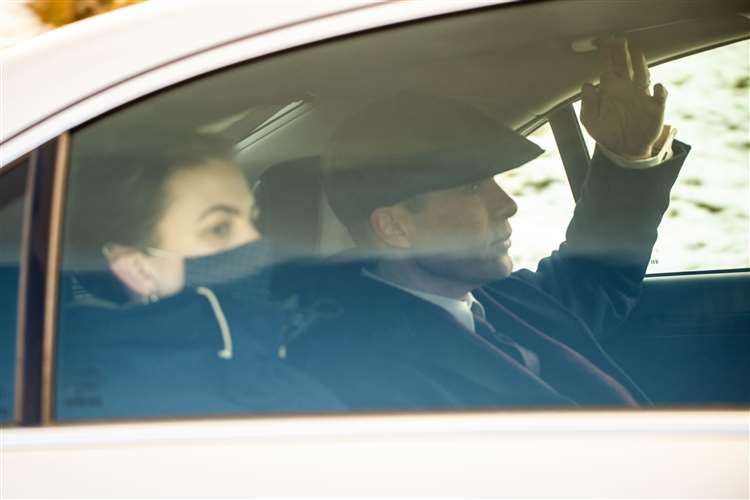 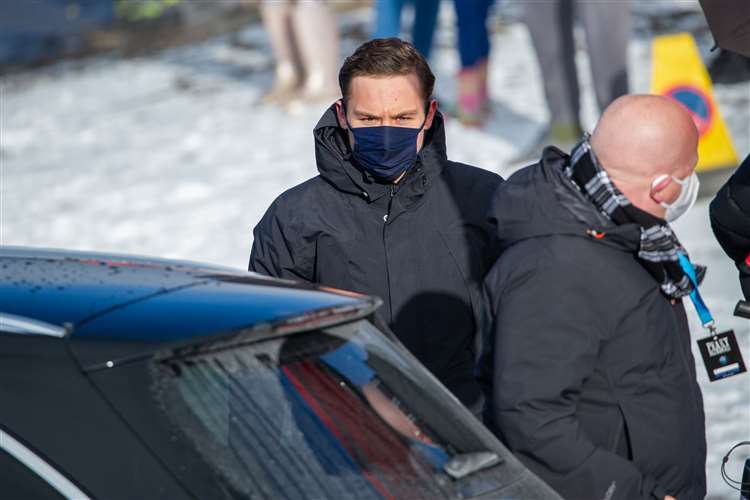 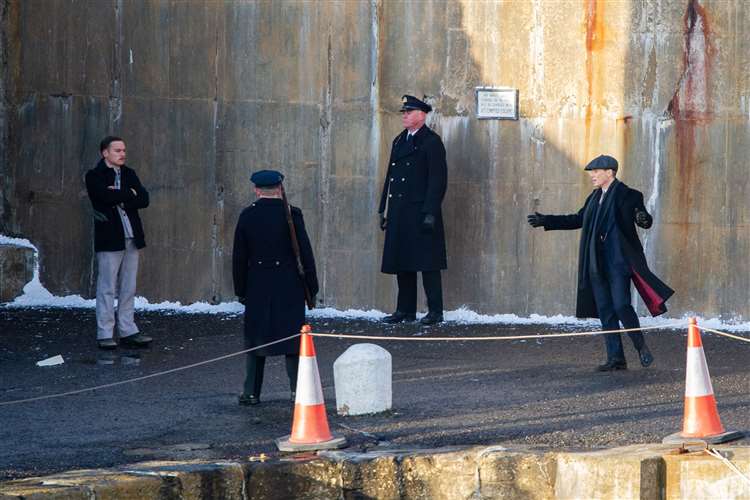 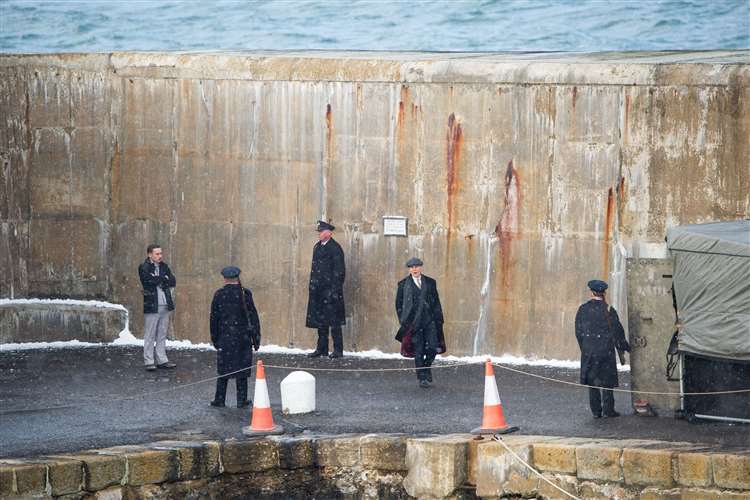 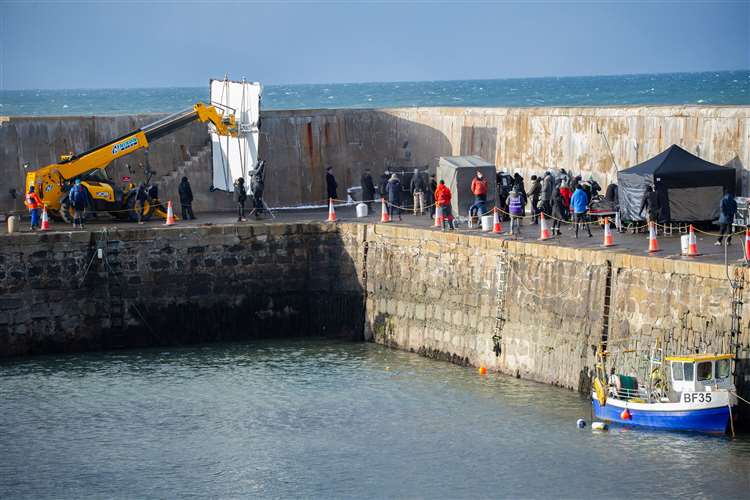 The Scottish Government is allowing film and TV production to take place during the coronavirus pandemic under strict rules. All cast and crew are routinely tested for Covid-19.

Streets surrounding the set have been closed during filming. Shorehead, Shore Street, Low Street, North High Street and part of Church Street are closed, with access to Barbank Street, on a section overlooking the harbour, and Lodging Brae restricted to prevent crowds gathering to look on.

Peaky Blinders is set in Birmingham shortly after World War One and has secured a Bafta and several National Television Awards.

It is widely expected that a film will follow the show’s sixth season.