Questions That Need To Be Answered From Lucifer Season 5B 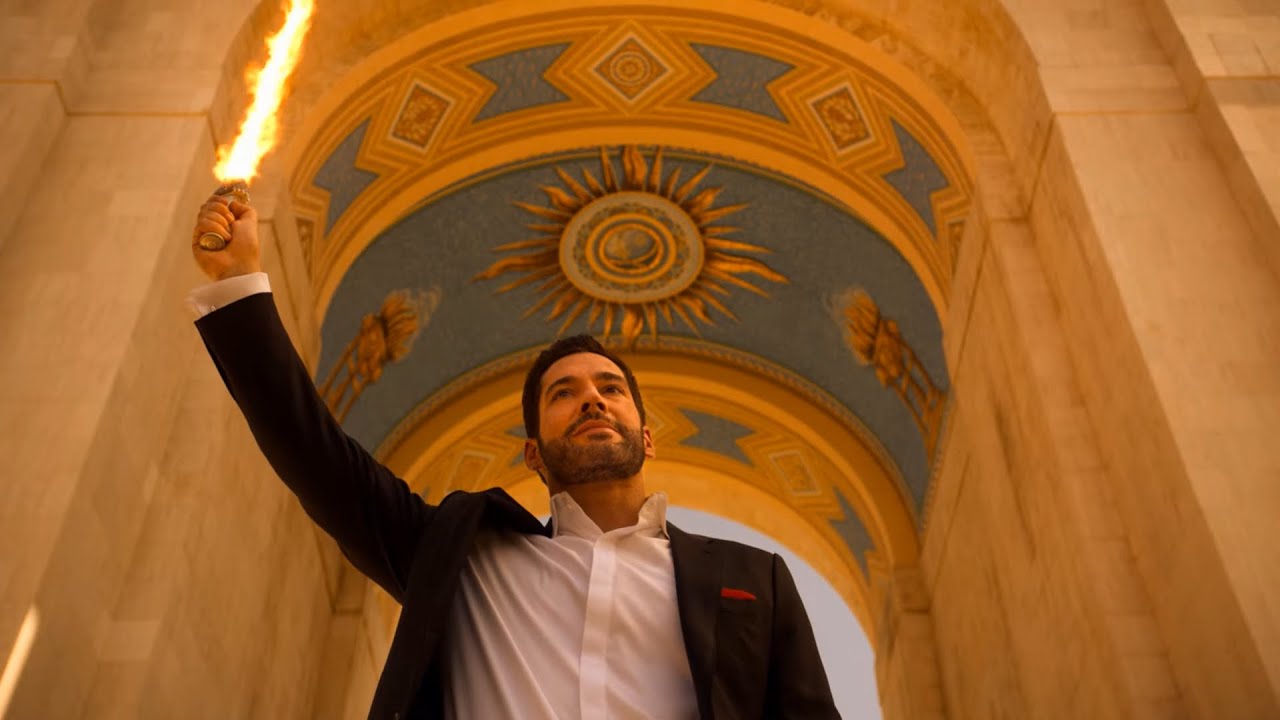 Lucifer Season 5 is holding tightly to its place in the Netflix Top 10 worldwide, despite dropping on the streaming platform at the end of May 2021. The latest eight episodes were originally intended to be the show’s final season but thankfully Netflix reversed its decision to cancel the supernatural drama, renewing Lucifer for a sixth and final outing.

As a result of the reversal, Season 5 ended on a huge cliffhanger and left a significant amount of questions unanswered. Newsweek has a full list of all the questions posed by the events of Lucifer Season 5, part 2.

At the end of Lucifer Season 5, part 2, Lucifer (played by Tom Ellis) became the God of all creation, after a bitter, and at times brutal, battle for the throne following their father’s retirement.

He was up against his brother, Michael Demiurgos who would stop at nothing to take the throne, including killing Lucifer’s love, Chloe Decker (Lauren German).

In the end, Lucifer proved he was the almighty being, after traveling to Heaven to bring Chloe back to Earth.

In the final scene of Lucifer 5B, Lucifer saw his angelic siblings bow down to him, appearing to accept him as their new leader. However, everybody knows Lucifer is not one to take things too seriously. He even abandoned his position as the ruler of Hell after becoming bored, so just how long he will stay as God and how he will cope will definitely need to be addressed in Season 6.

Speaking to Digital Spy, Lucifer co-showrunner Ildy Modrovich teased Lucifer being God may not be as simple as it seems.

She said: “Like, what happens when Lucifer gets a hold of something that maybe he thought he wanted?

2. Is Chloe pregnant?
Chloe Decker has been to Heaven and back (literally) in Lucifer.

In the Season 5 finale, she was stabbed in the stomach by Michael who was wielding the tree of life. Not only is the location of the wound on Chloe’s body significant but also the weapon used.

With the series coming to an end, a Deckerstar family would be the perfect ending to the love story of Lucifer and Chloe.

3. Will Dan go to Heaven or come back to life?
In a twist nobody saw coming, Detective Dan Espinoza (Kevin Alejandro) was killed as part of Michael’s plan to destroy his brother Lucifer.

The loss of Dan hit even harder when it was revealed he did not make it to Heaven and instead, was in Hell. As Lucifer is now God, there is a huge possibility he could have the power to put Dan’s fate right.

After all, if Lucifer could fly to Heaven, burn, send Chloe back to Earth and survive the ordeal, surely he can make a quick stop off in Hell to bring Dan to Heaven, or even back to life?

Kevin Alejandro has confirmed he will be returning in Lucifer Season 6 but just how and in what form remains unknown.

He told RadioTimes.com: “This is definitely not it for Dan. Joe [Henderson] and Ildy [Modrovich] figured out a way to bring him back in some capacity.”

4. Will Maze become Queen of Hell?
After their friendship got off to a rocky start in Season 5 of Lucifer, Maze (Lesley-Ann Brandt) decided to defend Lucifer, despite siding with Michael at the end of part 1.

She promised to defend Lucifer against his evil twin Michael and teamed up with her girlfriend Eve (Inbar Lavi) to create the scariest demon army you have ever seen. But Maze asked for one favor in return—for Lucifer to appoint her Queen of Hell.

Originally, only angels could become rulers of Hell but she asked him to change them, which he agreed to do. Brandt has also been dropping several hints Maze will become the Queen of Hell in the sixth and final season.

Over the years, Brandt has explicitly referred to her character as the “Queen of Hell” in several interviews and social media posts.

Lucifer has never hid who he really is from Ella, often dropping into conversation that he really truly is the devil but the quick-witted scientist is too switched on to actually believe him. As Ella is the only member of the main characters who does not know the truth, it would be a shame to keep her in the dark now that the show is ending.

6. Will there be a Deckerstar wedding?
One thing Lucifer fans want is for Chloe Decker and Lucifer Morningstar to get their happy ending. When Lucifer traveled to Heaven to bring Chloe back down to Earth, he finally admitted he was in love with the LAPD detective.

After five seasons of a will-they-won’t-they saga, it would be the perfect end to see Chloe and Lucifer tie the knot. But God (Dennis Haysbert) did warn Lucifer the role of being the God of Creation comes at a personal cost, and his relationship with Chloe and his family may be the ultimate sacrifice.

7. Will Amenadiel become a cop?
Towards the end of Lucifer Season 5, part 2, Amenadiel (D.B. Woodside) shared his dreams of joining the LAPD as a police officer.

At first, Detective Dan laughed at the idea of Amenadiel becoming a cop but shortly after his death, it was revealed he had submitted the latter’s application to join the force on his behalf.

Already fans know Amenadiel will cross paths with a new cop on the block, played by Alias star Merrin Dungey, so hopefully, this means he will make it into the LAPD in some capacity.

8. Will Ella finally find love?
Season 5, part 1 of Lucifer was traumatic for Ella to say the least. For the first time in a long time, Ella had let her guard down and fell hopelessly in love with journalist Pete Daily (Alex Koch) who actually turned out to be the serial killer the LAPD was searching for.

At Dan’s funeral, Carol introduced himself to Ella and the pair seemed to hit it off really well. With Lucifer ending, could Ella receive the happy ending she deserves?