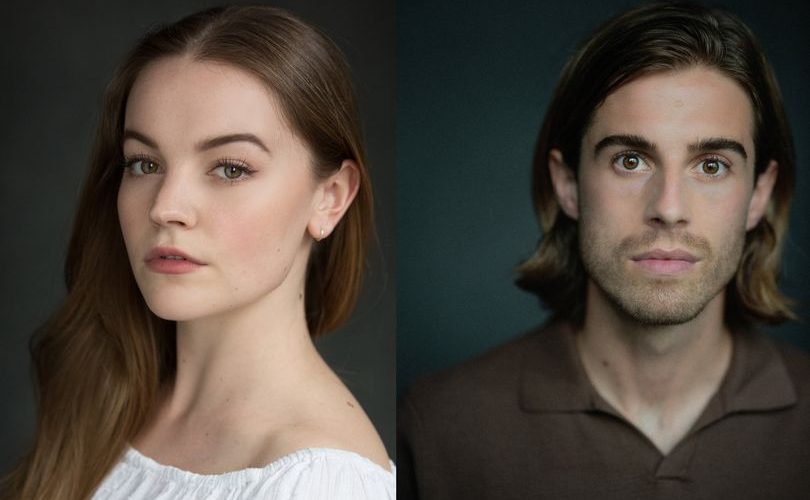 Two new cast members have been announced for season 7 of Outlander and it appears the much-anticipated arrival of two characters from the books is on its way.

After much speculation following a few leaked images from the set at Pollok Park in Glasgow, Deadline News finally confirmed the Hunter family have indeed been cast.

Snow White and the Huntsman star Izzy Meikle-Small and Billy Elliot actor Joey Phillips have been announced by Starz as the actors behind brother and sister Rachel Hunter and Dr. Denzell ‘Denny’ Hunter.

The pair have since joined the cast and crew in Scotland and if the Pollok Park images are anything to go by are already filming scenes.

But who are the Hunters are why are book fans so excited to see them arrive on the show?

Dr. Denzell ‘Denny’ Hunter
Described as a “firm believer in liberty”, Denzell first appears in Diana Gabaldon’s seventh book, An Echo in the Bone, when he heads off to join the Revolutionary Army as a surgeon.

Both Denny (as he is known) and his sister Rachel are Quakers and are living on a small settlement when they meet Young Ian and an injured William Ransom.

Having practised medicine in Boston and London thanks to the help of a wealthy relative in England, an idealistic Denny is then inspired to head north to join up with the Continental troops despite his Quaker community hoping that the colonists can reconcile with Britain.

It’s at the troop camp where he eventually meets up with Jamie and Claire (Caitriona Balfe) with Denny immediately striking up a firm friendship with his fellow medic.

Rachel Hunter
Denny’s sister Rachel is also happy to travel north to join the camp as she believes in liberty as much as her brother.

Her religion causes her problems though after she meets and gets to know Young Ian. The pair soon hit it off thanks to her “fiery spirit” and develop feelings for each other, but his violent lifestyle does not sit right with Rachel.

Let’s just say the course of love does not run smoothly for the pair.

Are you excited to see them in season 7? Let us know below.