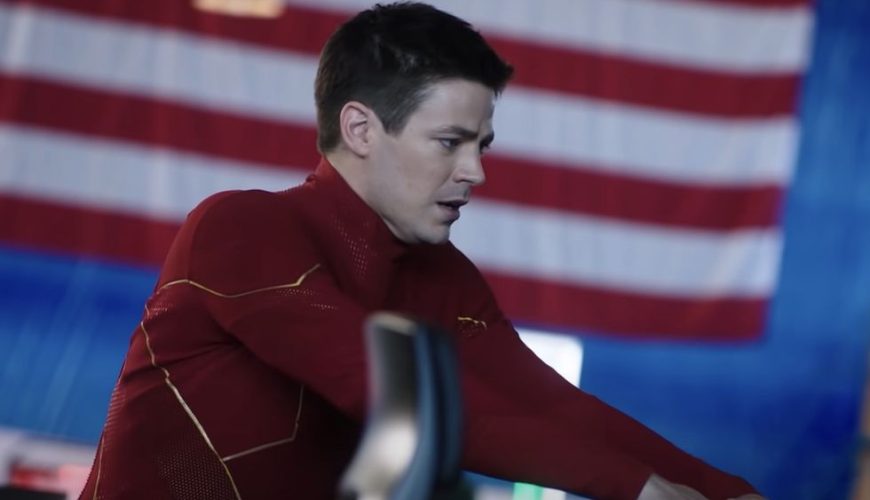 The Flash is to end with a 13-episode-long season 9, The CW has confirmed.

The Grant Gustin-led drama series about the DC superhero will come to a close after nine seasons on air in 2023. Production is set to begin next month.

Talking about the end of the show, The Flash showrunner and executive producer Eric Wallace said in a statement: “Nine seasons! Nine years of saving Central City while taking audiences on an emotional journey full of heart, humour and spectacle.

“And now Barry Allen has reached the starting gate for his last race.”

“So many amazing people have given their talents, time and love to bring this wonderful show to life each week,” Wallace added.

He then took a moment to thank everyone on the show for their role in bringing it to life.

“So, as we get ready to honour the show’s incredible legacy with our exciting final chapter, I want to say thank you to our phenomenal cast, writers, producers and crew over the years who helped make The Flash such an unforgettable experience for audiences around the world,” he said.

The show was expected to end with its eighth season, but it was then renewed for season nine, forcing Wallace to rewrite the final episode, as he had written it to serve as a series finale.

“We had to rewrite it three different times,” he told TVLine. “Because when it was a series finale, we had to have a much more deep conversation with Barry and Iris, dealing with the fact that they were going to have kids soon.

“It was a little bit sexier, and it was a lot more romantic of a scene. I really liked it.”

As for whether there could be any spin-offs in the future, Wallace recently insisted that fans should take it up with The CW.

“We’ve introduced a lot of characters over the last couple of seasons… I would say to the audience, if you have some characters that we have introduced in the last few years that you want to see in a spin-off, you should write to The CW,” he said.

“But I’m going to just stay focused on The Flash right now before I start focusing on anything else.”