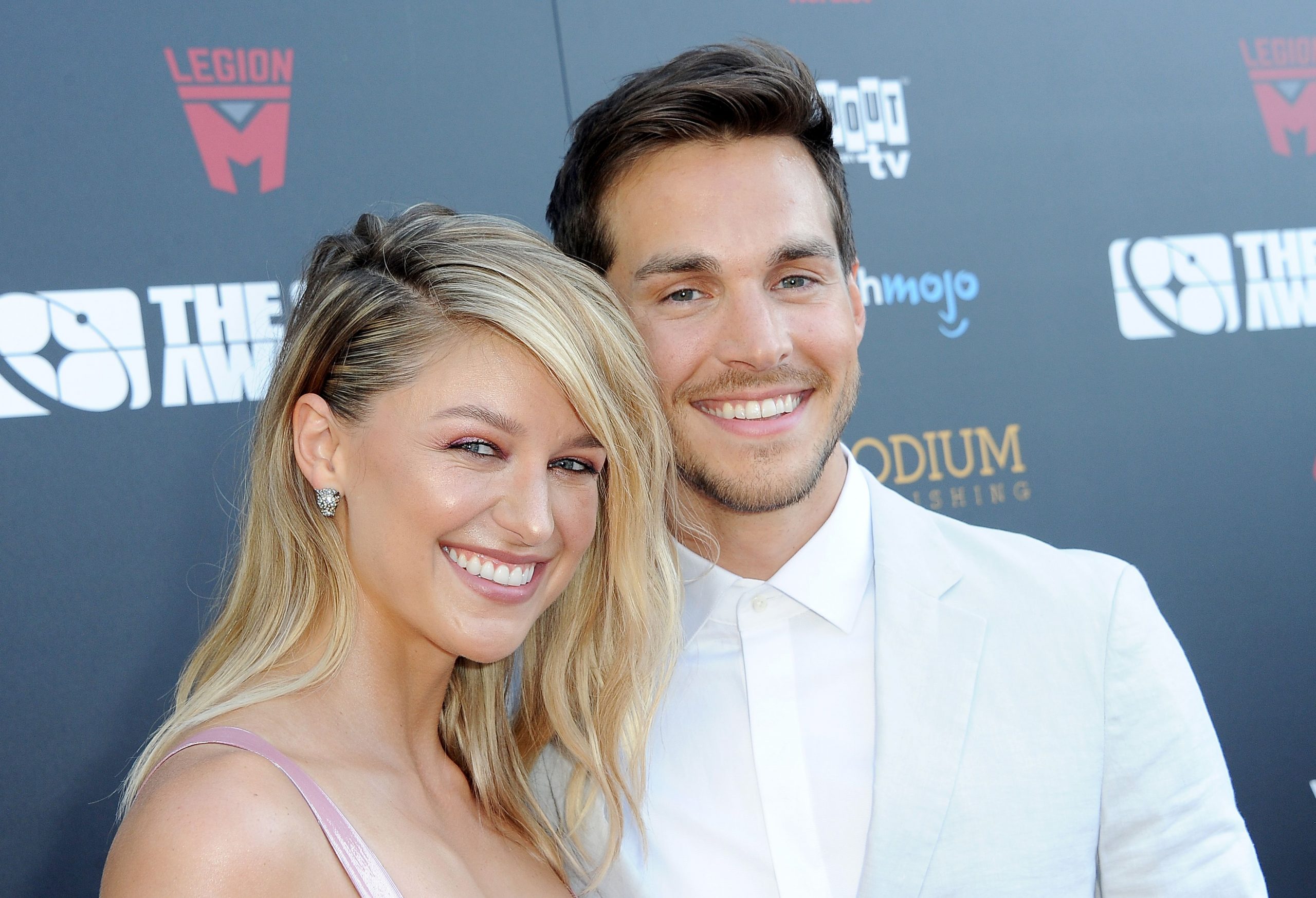 The Girl of Steel star is now a mom! Supergirl leading lady Melissa Benoist has shared a cute pic of her newborn baby boy, revealing the name of her son with husband and fellow Supergirl actor Chris Wood. The reveal comes just days after news broke that Supergirl is coming to an end, but Benoist evidently had her baby well beforehand. Prepare for some cuteness and take a look:

The photo may not show a lot, but I’d say it’s pretty adorable all the same. According to Melissa Benoist on Instagram, her son with Chris Wood is named Huxley Robert Wood, and he’s not as new of a newborn as fans might have guessed! Huxley was apparently born a few weeks ago, with neither Benoist nor Wood dropping the big news until now. One chapter of Benoist’s life may be ending soon as she wraps her time as the Girl of Steel on Supergirl, but a whole new one is beginning for her as a mom!

Chris Wood posted the same image as his wife on his own Instagram account, but his caption is all his own. Here’s how Wood shared the birth of Huxley with his followers:

How cute is that? Congratulations to Melissa Benoist and Chris Wood, both on the birth of their “amazing” son and for managing to keep it a secret for a few weeks. The case might have been different if Supergirl had been in production and more eyes were on Benoist’s social media activity, but they flew under the radar. While Kara and Mon-El may not have flown off into the sunset together on Supergirl, their portrayers definitely seem to have gotten a happily-ever-after.

Melissa Benoist was reportedly part of the decision-making process when it came to ending Supergirl, which will wrap after the upcoming sixth and now final season. The cancellation news broke shortly before production was evidently aiming to begin, although without Benoist to start due to her pregnancy. With the ratings drops in recent years combined with the production delays, the decision was made for Supergirl to end.

That doesn’t necessarily mean the end of all the Supergirl characters in the Arrowverse, however, thanks to the “Crisis on Infinite Earths” crossover. Assuming Supergirl doesn’t end with some kind of tragedy that cuts them all off from the rest of The CW’s shared superhero universe, they could always pop up on one of the continuing or new shows. Why not Superman & Lois?

It should be interesting to see if Supergirl finds a way to bring Mon-El back before the end. Melissa Benoist and Chris Wood bested their characters’ relationship by getting married in real life, and now they have a baby! Considering the circumstances of Mon-El’s departure, I’m not sure that a happily-ever-after could be in store for their characters if Mon-El does return before the end. The actors’ real-life story seems happy enough either way.

If you want to relive Melissa Benoist’s journey as the Girl of Steel so far ahead of the final season, which is expected to kick off in early 2021, you can find the first five seasons streaming on Netflix now. Chris Wood isn’t a part of the whole series, but he was certainly memorable while he was on board, and as a much more heroic character than in his other appearances on The CW!