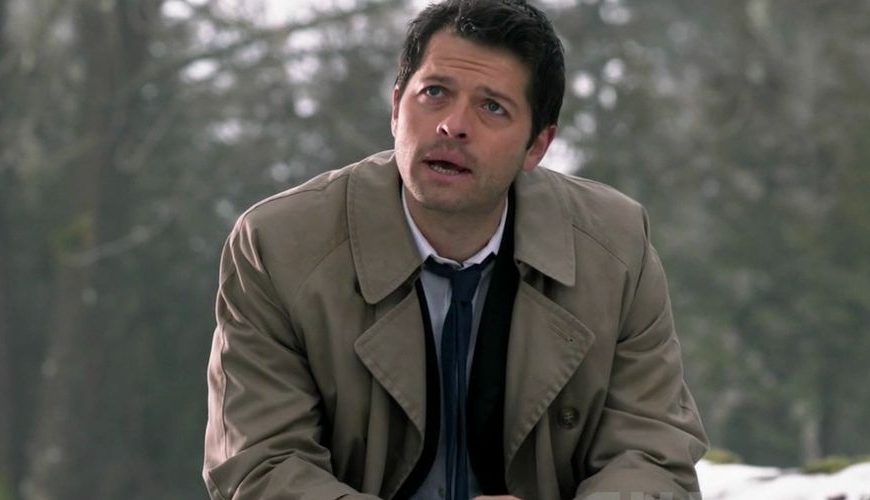 Misha Collins will soon be seen in The CWs Gotham Knights as Harvey Dent/TwoFace. But fans of Supernatural are always going to consider him as the angel Castiel which is the actors breakout role.

Castiel became a fan favorite because it was easy to sympathize with him and viewers stood by the character as he soldiered on with his struggles. Castiels low moments ranged from his part in causing the angels to fall from Heaven to losing the trust and friendship of Dean Winchester. There are more than several times where the angel was down and out with fans feeling the same sorrow as Castiel was. Before Collins plays the villainous TwoFace its worth looking back at when the actor managed to have millions on his side.

When Dean Ordered Castiel To Leave The Bunker
Castiel had difficulties reaching Sam and Dean when he became human because he had no way to contact them without his angel powers. He was finally able to unite with them feeling he was now safe at the Men of Letters bunker among friends. However Dean ordered Castiel to leave much to the latters bewilderment. Dean was acting on Gadreels lies that Castiels presence was a threat to Sam and opted to believe Gadreel. Castiel was visibly hurt at being told to leave especially because Dean didnt even give him a reason why he was kicking Castiel out. Fans were similarly disappointed to see the way Castiel was being unfairly treated.

When Castiel Was Told Off By Claire
Castiel is among the supporting TV characters who became more popular than the protagonists having won fans over with his development over the years. Among these was his hope to redeem himself in the eyes of Claire Novak whose fathers body Castiel possessed the whole series. Castiel tried to do right by Claire and broke her out of a group home and attempted to look after her. However Claire gave him a telling off that hurt Castiel deeply by claiming he ruined her life and she wanted him dead. Since fans had followed Castiels point of view they were aware that he genuinely had wanted to help Claire and felt bad for the way he took Claires outburst without argument.

When Castiel Took On Sams Torment
Castiel was responsible for breaking the wall blocking Sams torment from Lucifer and was wracked with guilt when he came across Sam almost a year later to find him driven to insanity. He decided to take on Sams pain as his own to redeem himself with the next shot showing that Castiel had now lost his senses. Castiel had only recently regained his memories after spending several months in an amnesiac state. Rather than be happy with remembering who he was the first thing he was reminded of was all the bad hed inadvertently done. Fans had forgiven Castiel already and his being committed to living with a constant reminder of his sins makes this a Supernatural episode fans hate to watch again.

When Castiel Was On His Own As A Human
There were some memorable moments for Castiel in Supernatural during his time as a human such as his failed attempt at wooing a woman. But he was largely living a very sorry life where Castiel had to get menial jobs to get by and had to make do with terrible conditions. It was a far cry from his days as a warrior of Heaven with nothing of the former fighting spirit remaining in Castiel now that he didnt have his powers. Worse still was the fact that Castiels days were generally all alone since he was kicked out by Dean from the bunker.

When Castiel Was Overwhelmed By The Leviathans
The Leviathans took control of Castiel after he pulled in all the souls of Purgatory inside of himself to have the power to defeat Raphael. Fans were forced to watch their beloved character scream in agony as the monsters fed on him from inside and his body began to deteriorate. Not long after Castiel was completely overwhelmed by the Leviathans who took control of him. He was eventually disposed of in a nearby lake where Castiels body dissolved into black goo as the Leviathans were released. It was a sad end to a fan favorite with viewers being led to believe that Castiel was gone for good until he returned nearly a year later.

When Dean Cut Ties With Castiel
There were some moments where fans just hated Deans guts in Supernatural with the time where he caused Castiel to leave ranking near the top. Viewers were aware that Castiel had no blame for Jack losing his soul and accidentally killing Mary but Dean chose to blame Castiel for it regardless. It was easy to sympathize with Castiel when he walked out of the Winchesters lives claiming that Jacks recent death had left him with no purpose and that the brothers just didnt care for him anymore. Dean stood by and did nothing when Castiel sadly walked which was the last fans saw him for some time.

When God Rejected Castiels Plea For Help
Castiel was heavily conflicted about his plan to consume the souls in Purgatory because it meant he had to team with the King of Hell Crowley and allow the villains to go about their evil ways. He decided to leave it up to God to whom he prayed in desperation. Despite Castiels impassioned plea for help God had no care for the formers troubles and ignored him. This left Castiel with the painful prospect of colluding with the baddies to try and save Heaven. Fans were encouraged to feel particularly bad for him since Castiels involvement with Crowley had led to the Winchesters abandoning him.

When Castiel Gave His Life For Dean
The biggest moment where audiences would have pitied Castiel the most was when he declared his love and was instantly sent to his death. With Billie out to kill Castiel and Dean the angel decided to summon The Empty to save Dean at the cost of his own life. Before he was taken away Castiel told Dean that he loved him and that he was happy that he could at least say it out loud. Unfortunately this turned out to be the last they were ever seen together as Castiel was snatched by The Empty to be taken to its realm leaving Dean sobbing over the loss of his oldest friend.