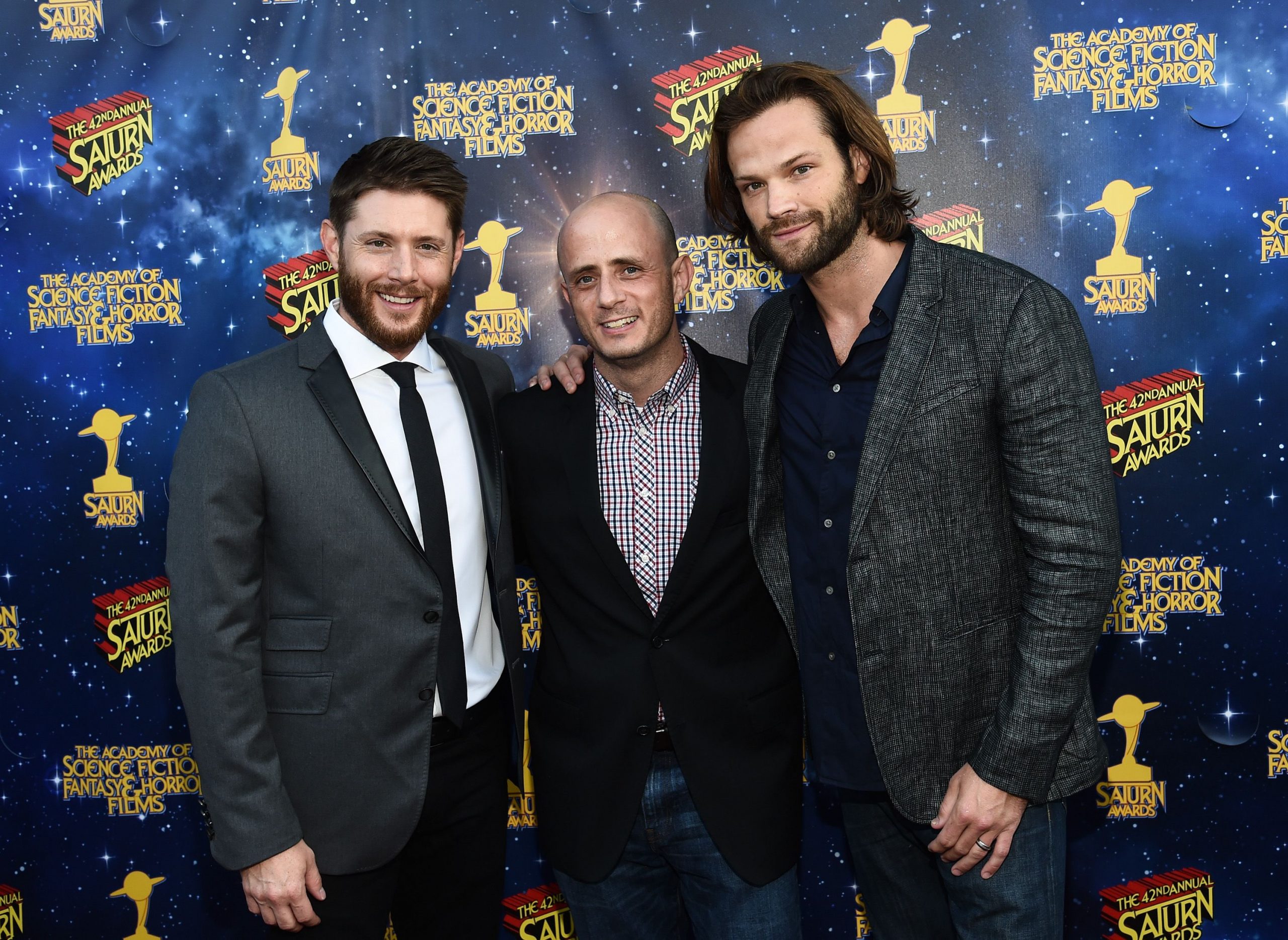 Eric Kripke, creator of Supernatural, posted on Twitter to shed some more light on the situation caused by Jared Padalecki’s lack of awareness regarding spin-off series The Winchesters.

Earlier this week, Jared Padalecki, co-star of Supernatural, took to Twitter to voice his frustrations that he had not been made aware of the developing spin-off series. The series, executive produced by his co-star Jensen Ackles and his wife Danneel Ackles, will focus around Padalecki and Ackles’ characters’ parents, with Ackles acting as the show’s narrator.

Padalecki revealed he had not been told about the series, only finding out through Twitter posts from Ackles and Kripke. The situation between Padalecki and Ackles had been resolved shortly after, and Kripke offered his own contributing information to concerned fans — noting that he was not aware Padalecki did not know about the show. 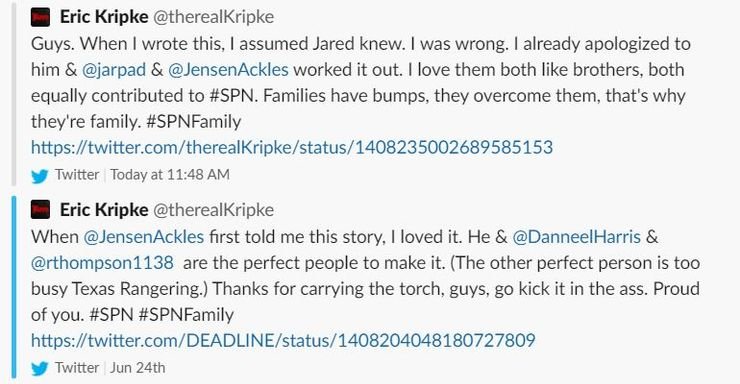 Kripke has since deleted these tweets regarding the planned spin-off series and his apology to Padalecki.

The tweet was in response to another that he posted after The Winchesters’ original announcement, where he noted that he had first heard about the spin-off from Ackles. He mentioned that Daneel Ackles and Supernatural producer Robbie Thompson were the “perfect people to make it,” while also commenting on Padalecki’s absence, suggesting that he was too busy with CW show Walker, which stars the actor in a reimagining of long-running series Walker, Texas Ranger.

The more recent tweet, addressed to fans, was likely to quell some of the outrage and reactions of those defending Padalecki (who had also asked fans to not harass those involved in The Winchesters’ production, even if he was upset by the news). “When I wrote this, I assumed Jared knew,” Kripke wrote. “I already apologized to him & [Padalecki] & [Ackles] worked it out. I love them both like brothers, both equally contributed to [Supernatural]. Families have bumps, they overcome them, that’s why they’re family.”

Kripke’s tweet mirrors similar tweets from both of the two actors about the situation, all three of them noting their family-like bond. Based on Kripke, Ackles and Padalecki’s comments, it would seem that the issue had been resolved internally. Some fans remain upset by the overall issue and the lack of communication between those involved, but the series of tweets posted by Kripke, Padalecki and Ackles at the very least reveal that things are still friendly between the three.

Created by Eric Kripke (The Boys) and starring Ackles and Padalecki as monster-hunting brothers, Sam and Dean Winchester, Supernatural ran on The CW for 15 seasons, wrapping its 327-episode run on Nov. 19, 2020. All 15 seasons of Supernatural are currently streaming on Netflix.

My name is Damyan Ivanov and i was born in 1998 in Varna, Bulgaria. Graduated high school in 2016 and since then i'm working on wordpress news websites.
Danneel Ackles, Eric Kripke, Jared Padalecki, Jensen Ackles, News, Supernatural, The Winchesters, TV Series