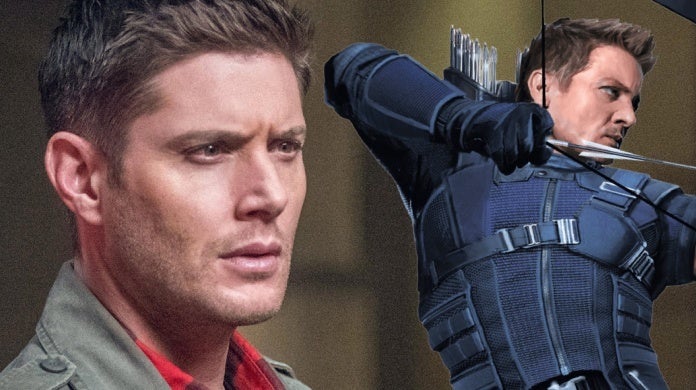 The potentials of different actors playing key Marvel Cinematic Universe characters continues being an interesting subject, especially when more and more names keep being revealed. Some major A-list stars either auditioned or were offered a Marvel part, many of whom turned the role down willingly or unwillingly.

While many have seen the stories about the willing MCU defectors, what about the actors who wanted to join, yet lost out beyond their control? One unfortunate story in this department is Jensen Ackles, best known for playing Dean Winchester on Supernatural since 2005. In the middle of his run there, he tried out for the role of Hawkeye. Things were set to go until his TV schedule got in the way.

Would Jensen Ackles have been an effective Hawkeye?

Being on a popular show never means having to stick with the same things year after year. During a summer break from Supernatural in the early 2010s, he auditioned for a couple of roles at Marvel.

First, he tried out for Captain America, according to Indiewire. He had the right look for the part if Chris Evans ultimately having the right combination of things to make it iconic.

Because Marvel apparently liked Ackles’ audition, they offered him the part of Hawkeye immediately. Back then, playing Hawkeye was probably thought to be somewhat of a background character. This was not really the case when seeing many of the important scenes he was in.

Ackles would have made a good Hawkeye as well, if maybe not quite looking battle weary enough as Hawkeye was, leading latter into two brief retirements.

What did Jeremy Renner offer that improved Hawkeye?

Arguably, Ackles looked a little too glossy to play someone who had been through the ringer in superhero battles. Jeremy Renner had a compelling combination of physical and emotional gravitas for the role. At the same time, he was still believable as a family man who wanted to spend as much time with them as he could.

Not that Renner has escaped all criticism of his Hawkeye performance. Initially, some carped about his clear lack of archer abilities in The Avengers, according to Wired. Plus, there was the incident of him being accused of threatening to kill his former wife, something Disney almost dropped him over, reports The Independent.

Sticking by Renner enabled him to evolve Hawkeye to someone more appealing. Renner’s film experience likely helped this. After all, Ackles had very few films to his credit when auditioning for Hawkeye.

When trying out, he had only acted in a few horror/fantasy-related films, including My Bloody Valentine 3D.

With Supernatural about to end this year after fifteen seasons, Ackles may want to try for some superhero movies. With the MCU continually casting new actors, no one should be surprised if he ends up there anyway playing someone else.

Or, even DC could show interest after proving himself in darker fare. Some actors are just better suited to TV, however. Ackles’ long career there may mean he prefers staying within that medium.

His extensive TV credits go back 24 years, incidentally, including recurring parts on Dark Angel and Dawson’s Creek. After numerous Teen Choice Awards, doing more TV in the vein of Supernatural may be inevitable. Then again, at age 42, it might be time for some roles outside of the teen dramas.

Some kind of reinvention is likely in the cards, if completely up in the air at this point with him noting he has no plans for a vacation. Had things worked out differently with Hawkeye, he could have had an easier transition with his own show on Disney+, something Renner is apparently still on schedule to do, according to Variety.