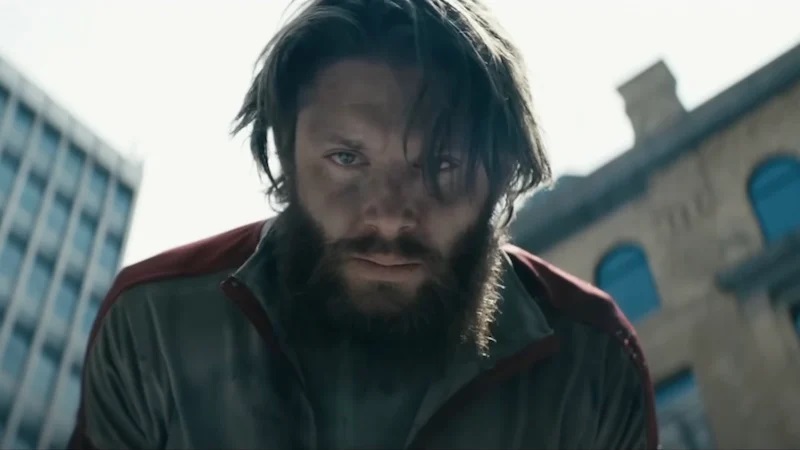 If you were following our coverage yesterday regarding Amazon’s The Boys, then you’re well aware of the good news.

That’s right, thanks to social media, we know that showrunner & EP Eric Kripke and stars Jack Quaid, Antony Starr, Chace Crawford, Karl Urban, Tomer Capon, Karen Fukuhara, and Jessie T. Usher (and anyone else we might’ve missed) have made their way to Toronto for the start of filming on the fourth season. But for this update, we’re looking back at the third season and how well it did this year when it comes to nominations for The 47th Saturn Awards. With a ceremony set for October 25th, the Prime Video series earned four nominations (with The Boys: Diabolical picking up a nom for “Best Animated Series on Television”). Along with “Best Streaming Action/Adventure Television Series,” Starr picked up a nom for “Best Actor in a Streaming Television Series,” while Erin Moriarty has a nom for “Best Actress in a Streaming Television Series.”

But our personal favorite among all of the worthy nominations (with respect to those who more than deserved but were left out) is Jensen Ackles getting a nom for “Best Guest-Starring Performance in a Streaming Television Series” for his turn as Soldier Boy. Now, as exciting as the news must’ve been, we have a feeling that knowing he has the support of none other than LeVar Burton (Star Trek: The Next Generation, Reading Rainbow) is a very, very close second.

On Friday, Burton tweeted out that his “money is on” Ackles to walk away with the win. Well, it didn’t take long for the news to make it to the Supernatural star’s social media, with Burton’s tweet retweeted with a caption we can totally respect: “My brain has officially exploded.” Here’s a look at Ackles’ tweet, encapsulating the feeling millions would have if we were in his shoes:

My brain has officially exploded 🤯 https://t.co/6lFgKdMWeb

In July, Kripke covered a ton of topics in his interview with Variety (check out the complete interview with a ton of other details here), with highlights focused on Butcher (Urban), Ryan (Cameron Crovetti), Queen Maeve (Dominique McElligott), Starlight (Erin Moriarty), Soldier Boy (Jensen Ackles), and Black Noir (Nathan Mitchell):

So Should We Be Expecting Ryan to Go “Brightburn”? “Ryan is a really important piece of the story because he’s half Becca, half Homelander. If Butcher can figure out how to get his shit together and get the kid back, that could be the single best weapon they have against Homelander. But vice versa. If Homelander wins the kid over, that’s apocalyptic because then there’s two Homelanders. It’s like a child drama with apocalyptic stakes. It’s like ‘Kramer vs. Kramer’ meets ‘Avengers: Endgame.’ So that will be a really rich story moving forward.”

How Will Butcher React to Knowing He’s on a “Crazy Ticking Clock”? “He’s got so much to do that he hasn’t done. And everything that he’s tried to do up to this point has exploded in the most horrible way. What we find fascinating about the question we’re asking about Butcher is, is he self-aware enough to realize that he’s causing his own misfortune? Is he self-aware enough to actually see if he can change? Those are some of the interesting conversations we’re starting to have for Season 4.”

Maeve’s Leaving Will Make Things Tougher for Starlight… at Least Until She Returns? “I don’t think ‘The Boys’ will end without Maeve showing up again… We needed a way to sort of gracefully get Maeve out of the show, let her head for the exit. Obviously, we didn’t want to kill her and fall into the tropes of gay characters and bisexual characters in shows getting killed. We wanted to do the opposite of that and send her off and give her a happy ending with Elena. The best way to do that was, well, take away her powers and she’s not useful in the fight anymore. And we did that because Annie can’t really grow into her own until all the characters that are around to protect her are gone. It was important for her next step for her mentor characters and her protector characters to go away. And so it’s only up to Annie. There’s no one left but Annie. So what is she going to do?”

Black Noir Is Dead! Long Live Black Noir! “Without spoiling anything, I will just say this: When you have a silent character in a mask, he’s reasonably easy to recast… If you notice in the flashbacks of this season, it was a different actor [Fritzy-Klevans Destine] and perhaps the reason we did that is so that if we were to recast Noir, we could recast him with Nathan [Mitchell, the original Black Noir actor].

Just Because Soldier Boy’s on Ice Doesn’t Mean He Can’t Return… Right? “The old TV adage is like, never kill anyone unless you really, really have to. Never close a door, open a window. We’ll all have to wait and see, but I can’t imagine the series ending without Soldier Boy making another appearance.”

With Filming Set for August, How Are Things Going with the Season 4 Scripts? “I’m starting to look at some early drafts of the first couple. We’re still early, I think right now we’re in the middle of breaking Episode 3 and I’m reading a draft of Episode 1. And even in that stage, it’s early with some heavy rewriting and we’re still in there figuring it all out. But it’s super interesting and fun and really, really emotionally rich. Probably as emotionally complicated as we’ve ever done. So far, that’s been my big takeaway. Everyone is really facing their core issues in a way that’s pretty exciting, a very character-driven season.”

My name is Damyan Ivanov and i was born in 1998 in Varna, Bulgaria. Graduated high school in 2016 and since then i'm working on wordpress news websites.
Jensen Ackles, News, Nomination, The Boys, The Boys Season 3, TV Series