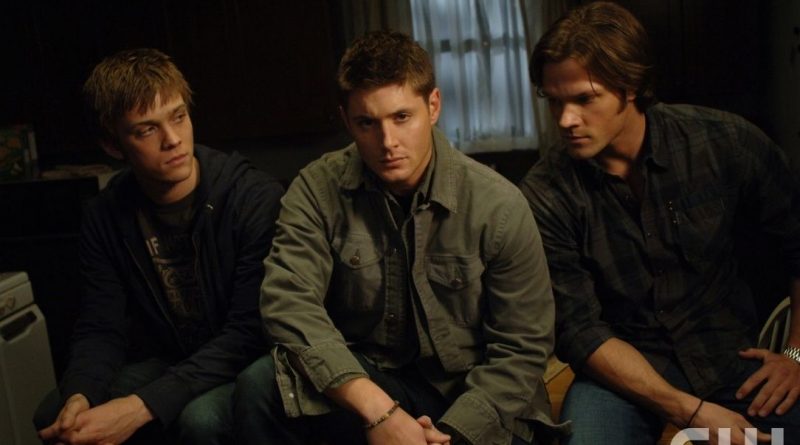 Poor Adam, the forgotten Winchester brother. When we hit the road for the 15th and final season of Supernatural (yes, really!), it’s a time for reflection, celebration, and that time-honored Winchester self-flagellation practice and the kind of shame that contributes to liver damage. Friends, countrymen, fangirls (and boys), it’s time to talk about the elephant in the cage.

Supernatural is a collection of co-dependence and daddy issues focused on a solid foundation. So many seasons have relied on how far Dean (Jensen Ackles) and Sam (Jared Padalecki) are going to save each other from hell / death / insanity / death / possession / death / death, and that’s all right. Over 14 seasons, it mostly worked. It’s the kind of tied-up-in – a-big-sexy-knot relationship that drives all sorts of things.

And yet, 10 seasons later — and 11 or 12 years depending on what the show’s internal timeline actually is anymore — Adam Milligan (Jake Abel) is still rotting away in the Cage. Supernatural let the two archangels out of the time-out zone… but not the single most truly innocent person involved in the whole awful apocalyptic mess? Excuse me?

I understand that Adam is not and simply cannot be the apple of Sam and Dean’s eye. Their obsession with family and, specifically, brotherhood only really extends to each other, and that’s fair. Dean and Sam share the same childhood, the same trauma, the same heaven, and the same lonely, isolated life on the road that has turned them into each other’s ultimate security blanket. But while the Brothers Winchester were learning how to patch wounds in motel bathrooms, fill shells with rock salt, rattle off Latin like it ain’t no thing, and execute a successful credit card scam, Adam was living the sort of relatively normal and mundane existence they both pined for. John Winchester (Jeffrey Dean Morgan) took him to freaking baseball games. He was the sort of father to Adam that Sam and Dean longed for themselves — though, conversely, he was the sort of father to Sam and Dean that might have spared Adam from his terrible fate if only he had enlightened the kid about the things that go bump in the night and told him, “Oh, by the way, your half-brothers are angel condoms.”

What exactly did John think was going to happen here? At least Dean laid a few salt lines and slept with a jar of holy water under his bed back when he was shacked up with Lisa and Ben. Yes, that ended badly too, but at least Dean tried. At least Dean understood what it meant to allow himself to have a normal family.

Adam might just be one of Supernatural’s most innocent victims. We can at least apply slasher-film logic to most of the show’s weekly victims — the teenagers making out on Lover’s Lane, snorting Adderall in the high school locker room, hitting up the beer bust at the Moon Tower — they didn’t deserve to get eaten by a Wendigo, but, hey, slasher-film logic. What did Adam do to deserve one of the worst possible fates on Supernatural? He was a son of John Winchester. That’s it. That’s the crime. And John couldn’t even be bothered to give Adam a cursory understanding of the world around him. Adam Milligan didn’t have the knowledge to even begin to think that ghouls were a thing and they might want to eat him and his mom or to stop and think that maybe the angels who so generously resurrected him were kind of manipulative and didn’t really have his best interests at heart. Adam was left completely defenseless and bewildered, and then he was tossed into an apocalypse prison for at least a decade.

Now, we can go on and on about how this is all John Winchester’s fault, but the truth is, Dean and Sam are the ones who left Adam behind all those years ago, and while there may not be any room for Adam in the tiny, imperceptible space between SamnDean, their general apathy toward even trying to get their younger brother out of the Cage is uncharacteristic for them. They’re Big Damn Heroes, after all. They save people, and if nothing else, Adam is people.

But the ship has sailed on Dean and Sam rescuing Adam. To do so at this point, with the clock ticking and the final episodes of this unwieldy series trying to wrap it all up in a bloodstained bow, to launch some kind of epic rescue would just seem ham-fisted, an acknowledgement that the show literally forgot Adam existed until about five minutes ago (though he was referenced in the musical episode). No, my friends, it’s too little and too late for that. There are options though, devious and delicious options.

Does Chuck (Rob Benedict), in his current bender, raise Adam from the Cage as the latest “screw you” to his rebellious pet Winchesters? The angst would be glorious. He’s God-with-a-capital-G, so of course he can raise Adam. He could have raised Sam. He just chose not to. Or, perhaps, Adam could somehow save himself? That cage has been poked and prodded enough times to weaken the bars, and Adam has been down there long enough to learn a few neat tricks. He is a Winchester, after all.

The only request we have as we prepare for Adam’s imminent return is that there’s no more Mr. Nice Adam when he’s back topside. Supernatural loves its whole “family-don’t-end-with-blood” angle, and a pissed-off, vengeance-seeking Adam would turn that trope on its head. Here is someone who is blood and who is family, and who, it seems, was cast aside for years and years while his brothers cobbled together a family from anyone else who happened to be handy, including, but not limited to, a vampire, a Nephilim, a reluctant prophet, a demon king and his witchy mom, and a whole slew of replacement friends from an alternate universe. How the hell is he supposed to feel? Because if I were Adam, I’d be pissed. 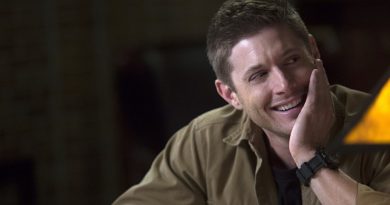 Jensen Ackles is coping with quarantine by watching Batman: Under The Hood [Video] 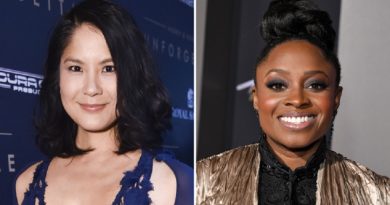 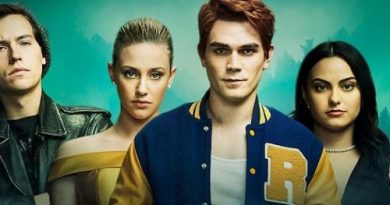 “Riverdale” Fans shocked by death of main character – or is the character still alive? (SPOILER)