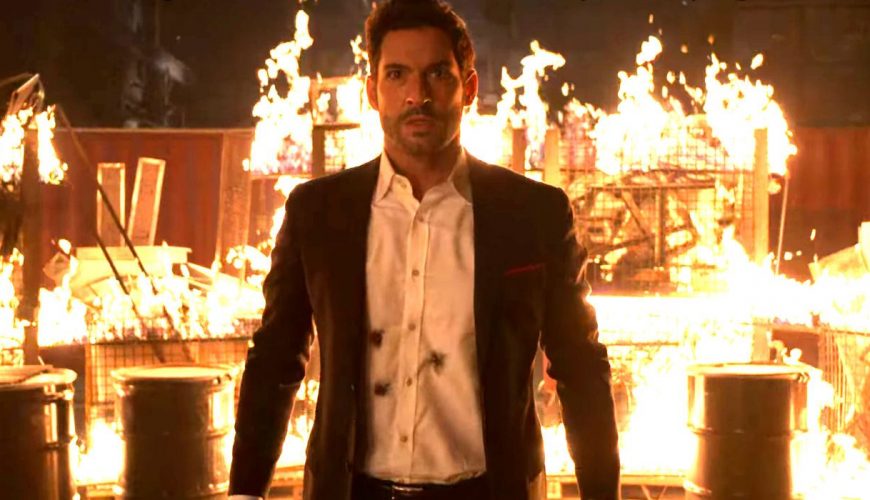 Despite developing something of a cult following, Lucifer had a bit of a bumpy run, with its first three seasons airing on Fox before Netflix took over for the final three. And after surviving a cancellation and another almost ending, the series finally came to a close with its sixth season in September 2021. Lucifer Season 6 gave Tom Ellis’ devil, his partner Chloe Decker (Lauren German), and all of their friends the sendoff they deserved. However, its bittersweet ending has become somewhat divisive among fans.

‘Lucifer’ Season 6 brought the series to an emotional end

There’s a lot to love about Lucifer Season 6, from Maze (Lesley-Ann Brandt) and Eve’s (Inbar Lavi) big day to Amenadiel (D.B. Woodside) and Dan’s (Kevin Alejandro) fates to Ella’s (Aimee Garcia) journey. Most of the characters get their happy endings during the final season of the show, including Chloe and Lucifer. Of course, the main duo needs to jump through more hoops than everybody else in order to get there.

When Lucifer and Chloe’s daughter Rory (Brianna Hildebrand) pops in from the future, her visit dashes any hopes of Chloe living out her mortal life with the man she loves. Although Rory comes to understand why Lucifer abandoned her — and even forgives him for it — she makes him realize his purpose: saving souls stuck in Hell.

To maintain the time loop and Rory’s revelation, Lucifer promises to stay away from Chloe and Rory while he rules over Hell. That means he and Chloe don’t reunite until she lives out her life and dies. And although their reunion is heartwarming, not all fans were pleased with the obstacles the series threw at them.

Perhaps that’s why the series finale isn’t the highest-rated episode of season 6 but the one before it is.

this one’s dedicated to the lucifans 🖤 stream lucifer: the final season now only on @netflix pic.twitter.com/Dot14YitVw

Despite sparking division among the show’s fanbase, the Lucifer Season 6 finale still falls on the high end of the season ratings-wise. “Partners ‘Til the End” received 8.9 stars on IMDb, making it the second-highest-rated installment of Lucifer‘s final outing.

The most-loved episode is actually the one before the finale, “Goodbye, Lucifer.” It sees Ellis’ devil attempting to avoid whatever happens that leads him to abandon Rory — and trying to enjoy his final day on Earth. Because of that, he spends a good deal of time bonding with his loved ones. In that sense, the episode ramps up the emotions — and that’s not the only way it does so.

Dan also finally gets to bid farewell to Trixie (Scarlett Estevez) in “Goodbye, Lucifer.” By possessing the body of Vincent Le Mec (Rob Benedict), he’s able to speak with his daughter one last time. It’s a tearjerker moment, and most positive feedback mentions how touching the installment is. In fact, one IMDb review put it best:

“I definitely wasn’t ready for this episode. I cried six times in one hour. Yep. Six times. Without saying much, all I can say is that you can tell how much the cast loved each other. And Tom Ellis? My god. I wasn’t even able to tell the difference between him playing Lucifer or if he was being himself on screen. Grab a box of tissues, you’ll need it.”

‘A Lot Dirtier Than That’ is the lowest-rated installment

While the highest-rated episodes of Lucifer Season 6 saw the characters bidding farewell to one another, the lowest-rated picks up an earlier storyline while attempting to throw in social commentary.

“A Lot Dirtier Than That” sees Amenadiel, now a cop, running into a racist officer he’d encountered back in season 4. And although many were happy to see a cop-centric series addressing real-world problems, it didn’t go over well with some fans. That was the main complaint the episode received on IMDb, but it’s not the only reason it received a 7.5 rating.

Other viewers called “A Lot Dirtier Than That” filler and wondered if Lucifer really needed to continue with all the singing. Some also found Lucifer’s storyline with Rory poorly done, especially in comparison to their scenes in the later episodes.

Of course, a 7.5 rating still deems “A Lot Dirtier Than That” an above-average installment. It’s certainly not the least-loved episode of the entire series — just of season 6.

My name is Damyan Ivanov and i was born in 1998 in Varna, Bulgaria. Graduated high school in 2016 and since then i'm working on wordpress news websites.
Lucifer, Lucifer 6, Lucifer finale, Lucifer Morningstar, Lucifer Season 6, Netflix, TV Series