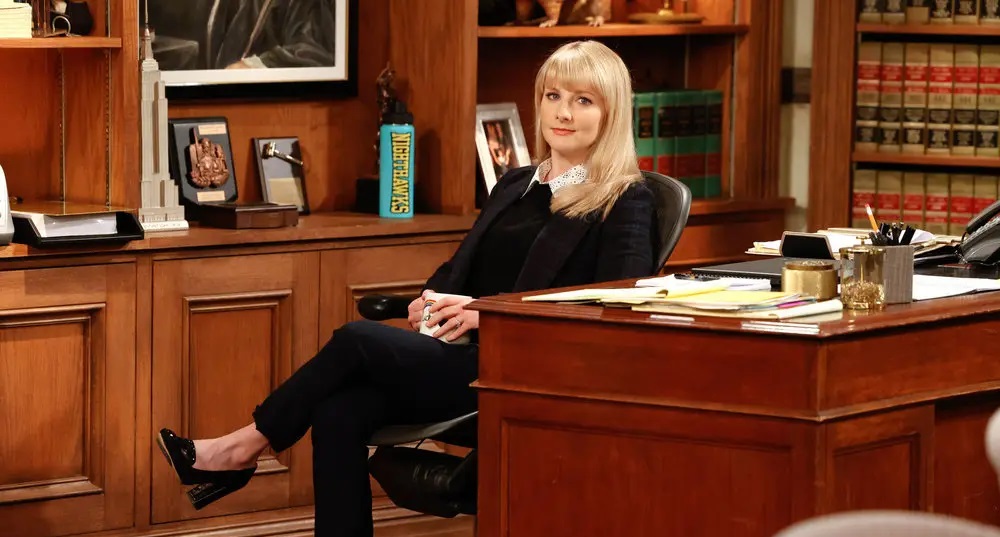 Earlier today, we had a chance to check out a preview of NBC, series star & EP Melissa Rauch, co-star/EP John Larroquette & writer/EP Dan Rubin’s upcoming sequel spinoff of Reinhold Weege’s popular sitcom Night Court. In the clip, Judge Abby Stone (Rauch) pays Dan Fielding (Larroquette) a visit, where we learn more about Dan’s backstory since we last saw him… and Dan learns the real reason why Abby’s in town.

We now have the clip added to our updated preview, with the series kicking things off on January 17th with a double-episode debut. Rauch also shared the clip on Instagram, offering some personal perspective on what would turn out to be thr first scene that she and Larroquette filmed together.

“Here’s a little preview of our first [Night Court] episode! So excited to share this clip from one of my favorite scenes that I had the pleasure of shooting with the extraordinary [John Larroquette]. This was the first scene we shot together, and it was a real dream come true,” Rauch shared as the caption to the series preview from earlier that she was sharing via Instagram:

NBC’s Night Court: What We Know So Far…
The eternally optimistic Abby Stone follows in the footsteps of her revered late father, Judge Harry Stone, as she takes on the challenge of overseeing the night shift of a Manhattan arraignment court.

Abby always sees the best in people, and her passion for justice is undeniable. In her quest to bring order and dignity to the court and reign in its colorful crew of oddballs, she enlists former night court district attorney Dan Fielding to serve as the court’s public defender. Still exceedingly self-confident, Fielding must adjust to a new boss and a new job – defending the downtrodden. And, beneath his arrogant demeanor, there is an empathetic side to Fielding that Abby is determined to unearth.

They both must contend with Olivia (India de Beaufort), the court’s officious assistant district attorney. Driven and ambitious, she views the night court as a stepping stone on her way to bigger things. Neil (Kapil Talwalkar) is the court’s neurotic clerk who loved that his job came with low expectations. That is until a new idealistic judge showed up looking to push him out of his comfort zone.

Rounding out the staff is Donna “Gurgs” Gurganos (Lacretta), the night court’s sharp-witted bailiff. Gurgs takes her job very seriously and is fiercely protective of her night court colleagues. Nikolai (Dimiter Marinov) is the court’s maintenance man. A staple character within the building, Nikolai pops up in the day-to-day lives of the crew. He’s a mystery to everyone around the courthouse (and he likes it that way).