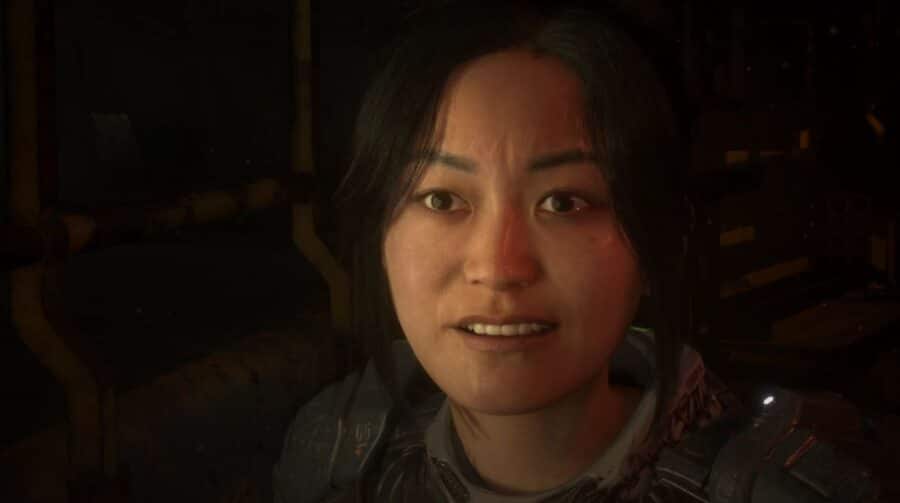 Developed by Striking Distance Studios, “The Callisto Protocol” is a survival horror game set in the Black Iron Prison on one of Jupiter’s moons, Callisto. Players assume the role of an inmate named Jacob Lee, played by “Transformers” and “Shotgun Wedding” star Josh Duhamel. He meets Dani Nakamura, the leader of a resistance group called Outer Way, and together they must uncover the Black Iron Prison’s dark secrets and escape with their lives. Dani is portrayed by “The Boys” star Karen Fukuhara.

Similar to her previous characters, such as Kimiko in “The Boys” and Katana in “Suicide Squad,” Dani has experienced a hard past. “She’s a lot more of a tough cookie than a lot of the characters that I play,” Fukuhara explains.

Chris Stone, chief creative officer at Striking Distance, notes that the studio was familiar with Fukuhara’s work even before she came into the audition. “We knew she was right at home in these interesting characters that have this moral ambiguity and darkness to them, while still feeling relatable and real,” says Stone. “The amount of feeling and storytelling she’s able to deliver as Kimiko in ‘The Boys’ without saying a word really impressed us.”

Dani wasn’t necessarily written as an Asian American character at first, but the casting process was very open. Fukuhara received Dani’s backstory, and then she let loose during her audition. Stone says that the team was looking for someone who could be tough, but also relatable and play off the hero naturally — and Fukuhara was the best fit.

Growing up, Fukuhara played Nintendo games like “Mario Party,” “Mario Kart” and “Super Smash Bros.” However, she didn’t really have much experience with horror games, and this was also her first role in a video game, too. To prepare for her role, Fukuhara explains that she researched other video games, namely “Dead Space,” which is what “The Callisto Protocol” gets to compared to the most. Both Stone and Striking Distance Studios CEO Glen Schofield are veteran developers of the sci-fi horror “Dead Space” franchise.

“One of the reasons why I wanted to sign on to this game was because Glenn was working on it, and I heard that it was his passion project,” she says. “As an actor, when you meet another creative that is passionate about a project, it really makes you want to work on it and collaborate.”

Fukuhara says that the most challenging aspect of her performance was getting used to motion capture. She compared motion capture to theater, but there’s no audience to perform for. So, Fukuhara had to let her imagination run wild.

“When you’re in the scene with your scene partner, like Josh, you just forget that there’s an elevator here. And you have to push the imaginary button to get onto the elevator,” she explains. “So that sort of spatial awareness and imagination aspect was the most challenging for me.”

“She jumped right into the challenge and brought the same passion to her character that we bring to the game,” Stone says. “You would’ve thought she was a seasoned vet on the performance capture stage as she took everything in stride and always came to the shoot smiling, eager to learn and perform, and help us create something truly phenomenal.”

Fukuhara says that she had a fun time working on “The Callisto Protocol” and would consider working on more video games. She thinks that what draws actors to the video game industry is the opportunity to portray fully fleshed-out characters and participate in character-driven stories. “Then there is the added perk of having the technology so that your characters actually look like you,” she notes. “Every single tear or facial expression that you make will make it into the game.”

“Karen just brings this intensity to everything she does. She just jumps off the screen. We knew that we needed a character that was strong and tough, but still felt complex and human,” adds Stone. “Karen just delivers that in spades. She has so much diversity in her acting ability and is so creative in her own right.”