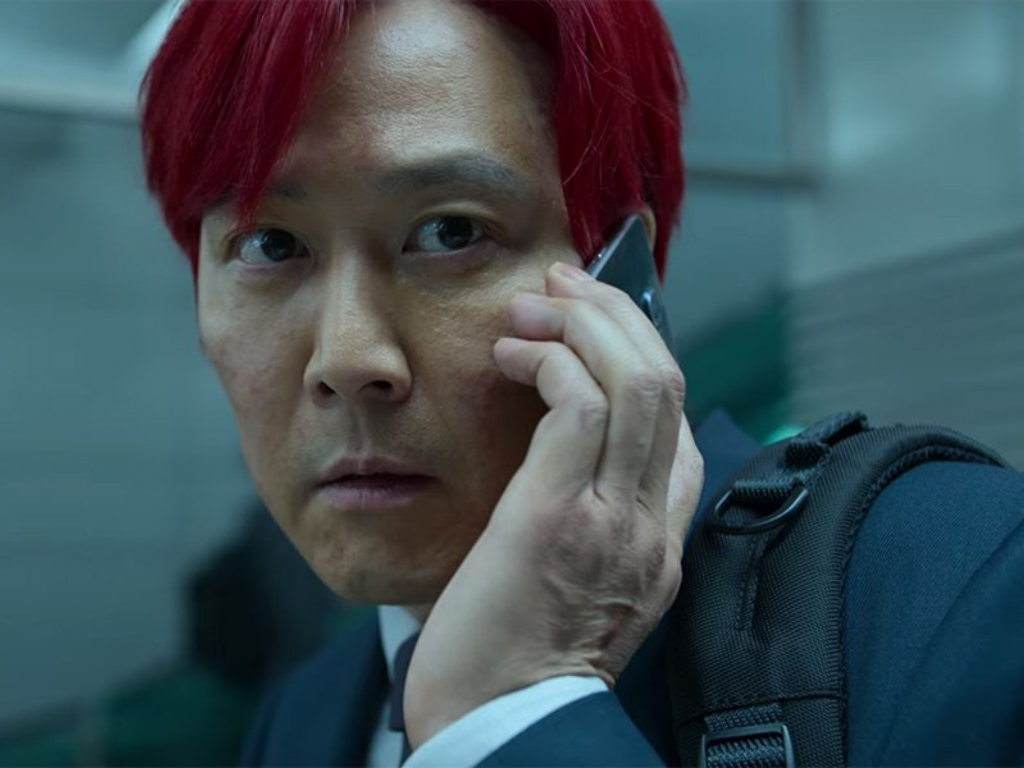 At the end of Squid Game – the behemoth dystopian fantasy that captivated seemingly the entire planet – Seong Gi-hun barely survived a string of infantile challenges gone deadly. Emerging with the game’s colossal cash prize, he reentered the world with crimson hair, as if a phoenix burst into flames. A radically changed man. But the series’ closing scenes suggested Gi-hun’s fiery transformation was only illusory; grasping tightly onto the business card that started it all, he set himself on the warpath for revenge. Let the games begin again.

The show’s second season is heading into production next year, but its star, Lee Jung-jae, has been just as in the dark as the rest of us about Gi-hun’s next move. That is, except for the spoilers creator Hwang Dong-hyuk has been drip-feeding to the press. Reticent to share anything else on the subject or character, Lee, with a knowing smile, only expresses his excitement to “perform the darker side of him.”

Whether Squid Game does take a turn for the serious, its candy-coloured, brutal first season will still stand the test of time not only as a cultural artefact of the pandemic, but as a frightening representation of South Korea’s debt crisis – an issue that could, as Squid Game theorises, drive the most desperate to risk their lives for survival. But as the show’s audience has proliferated through TikTok trends (#SquidGame has over 78 billion views) and attempts to recreate the games (including a future gameshow from Netflix), have we lost sight of its meaning? Lee is more optimistic.

“I feel like Squid Game isn’t solely meant to provide a social message to society,” he argues. “Ultimately, it’s meant to deliver dreams and hopes to the audience. Of course, it was a fun television show that helped us ask deep questions, but at the end of the day, it’s also entertainment.”

Four days before the first anniversary of Squid Game, Lee walked onto the Emmy stage to accept the award for Best Actor. In beating the likes of Brian Cox, Jeremy Strong and Bob Odenkirk, Lee was writing history in real time, becoming the first Asian actor to win the prize. At that moment, though, he wasn’t so concerned with the significance of the trophy that rested in his hands. “I didn’t want to focus on discussing that element of it any further,” he says of his era-defining win. “Rather than the past, I think it is more important that we focus on the now and today.”

IN BEATING THE LIKES OF BRIAN COX, JEREMY STRONG AND BOB ODENKIRK TO THE EMMY FOR BEST ACTOR, LEE WAS WRITING HISTORY IN REAL TIME

Nevertheless, it’s impossible to ignore Squid Game’s gratifying victory lap. Like the swaths of other underrated international programmes that Netflix releases, the series could’ve easily been relegated to the recesses of the homepage. But this was different. In its first four weeks, the show was watched by 142 million households, surpassing titans like Stranger Things and Bridgerton to become the streamer’s most-watched series. That’s a lot of eyeballs, but the actor prefers to express his gratitude for the “crazy amount of love” he’s received than to quantify the personal impact the biggest television show in the world has made. It’s true that not much has changed: already a beloved star in South Korea for over two decades, the only difference now is he’s approached by just as many fans outside of the country.

In the midst of Lee’s most dizzying year yet, he stopped by Cannes Film Festival to unveil Hunt, a spy thriller that marks his directorial debut. “I had no idea at that time that I would end up directing it, which is why I think it had to be some form of destiny working on my part,” he explains, noting that he was originally set to produce and star, but after reading a first draft of the script, he had loftier ambitions. Set during South Korea’s military dictatorship, the story’s detailed political background was intimidating for prospective filmmakers, and Lee envisioned shooting abroad with extravagant action sequences, ballooning the budget. After he completed his own rewrite of the screenplay, he came to one conclusion: “I realised it was supposed to be a Lee Jung-jae project.”

Korea’s cultural exports have long fascinated the globe, but Squid Game turned the K-wave into a tsunami. Lee has noticed a shift – now, filmmakers from all over the world are telling him that they want to shoot their next projects in Korea. This Squid Game effect has gifted the actor with a greater appreciation of his national cinema and all its multitudes. “The projects that I tend to be involved with are either very distinctly Korean in content, or have a theme that the global audience can relate to,” he says.

It’s as if Squid Game has ushered in a new era for the actor, one that includes venturing to another galaxy in The Acolyte, a Star Wars series that has just begun filming. When Lee was just a model-turned-burgeoning actor garnering adoration for hits like Sandglass and City of the Rising Sun, he was completely unprepared. “I think my performances didn’t feel sufficient enough because my understanding of the world wasn’t very deep,” Lee says. “I was very eager to do well, but I didn’t understand exactly how to do the work.” The accumulated years and experiences have provided clarity. “I know now that working hard is not the only important thing. You need to understand what you want to express and how you want to express it,” he adds, noting that revelling in the ever-changing energy of a film set drives him to improve.

“Now that I have at least a little more understanding of how I want to work, I’ve been able to enjoy myself,” a smiling Lee says, ready to embrace the oncoming, exhilarating chaos. This time, he feels more comfortable shifting gears into hyperdrive – and he wants to have fun doing it.