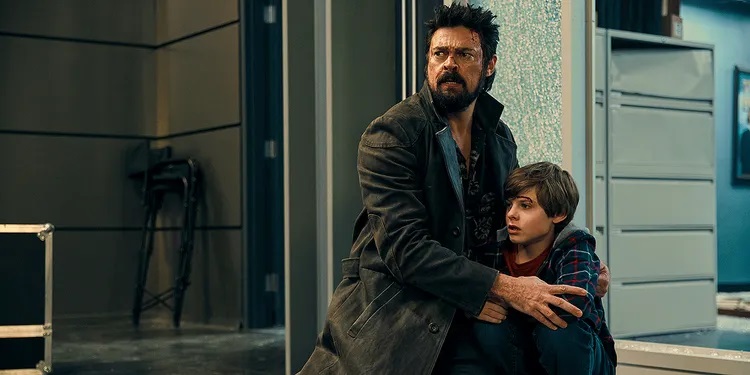 The Boys has promoted 14-year-old actor Cameron Crovetti, who plays Homelander’s super-powered son, Ryan, to a series regular for the upcoming fourth season.

The Prime Video hit has also cast two new Supes, Valorie Curry as Firecracker and Susan Heyward as Sister Sage. Both characters are original to the series rather than based on the comic-book source material; thus, no additional information is available.

Crovetti’s Ryan was introduced in Season 1 as a relatively minor character, but rose in promInance in subsequent seasons. In the recently ended Season 3, Karl Urban’s Billy Butcher revived the first and greatest Supe, Soldier Boy (Jensen Ackles), long-presumed dead, to use as a weapon against Homelander (Antony Starr). In the season finale, Ryan finally made his choice between Butcher and Homelander, opting to side with his father. In the final moments, Homelander introduced Ryan to the public, only to murder an onlooker. Rather that be horrified by his father’s brutal act, Ryan appeared pleased by the cheers of approval from Homelander’s supporters.

The Boys Season 4’s New Supes Don’t Come from the Comics
Crovetti previously appeared with his twin brother Nicholas in the HBO drama Big Little Lies. His credits also include Dirty John and, most recently, Netflix’s The Gray Man, in which he played the young version of Ryan Gosling’s character.

Curry’s filmography includes Veronica Mars, The Twilight Saga: Breaking Dawn – Part 2, and Showtime’s House of Lies. Heyward is perhaps best known for her roles on Sony PlayStation’s Powers and on Netflix’s Orange Is the New Black.

Prime Video renewed The Boys for a fourth season in early June, mere days after the Season 3 premiere, which saw a 17-percent increase in its global audience from Season 2, and a staggering 234-percent increase from Season 1. The franchise has also grown, with the addition of the animated anthology The Boys Presents: Diabolical, and the upcoming college-themed spinoff, Gen V.

That live-action series is set in Vought International’s college for young-adult superheroes — the only one of its kind. According to Prime Video, Gen V is “an irreverent, R-rated series that explores the lives of hormonal, competitive Supes as they put their physical, sexual, and moral boundaries to the test, competing for the best contracts in the best cities. It’s part college show, part Hunger Games — with all the heart, satire, and raunch of The Boys.”

No release date has been announced for The Boys Season 4.