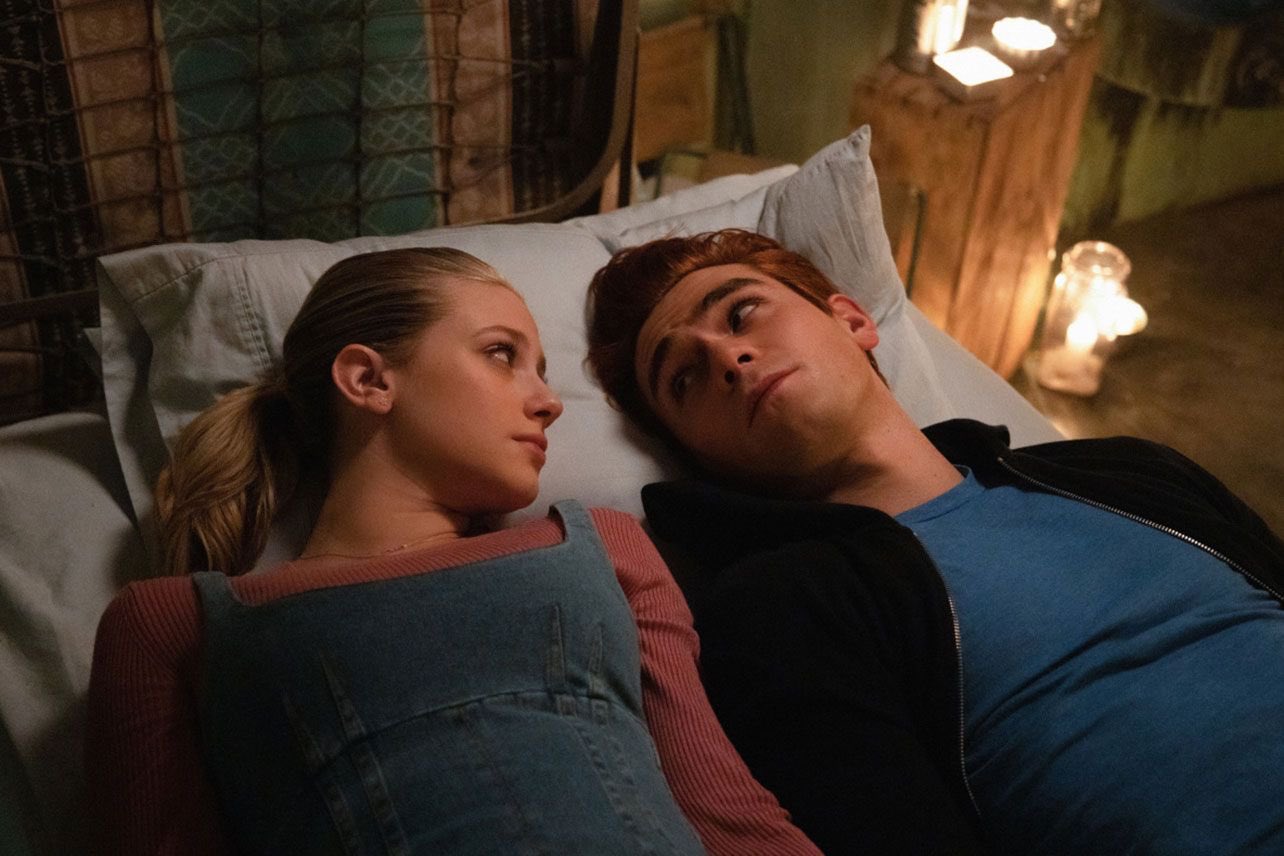 Riverdale cast are saying goodbye to the town of the same name, for now, as they wrap up filming season 5.

Camila Mendes posted photos from the set as she filmed her final scenes for the season. On Friday, May 28, Camila wrote on her Instagram story, “and that’s a season wrap on meeee” with a photo of Pop’s Chock’lit Shop in the background. 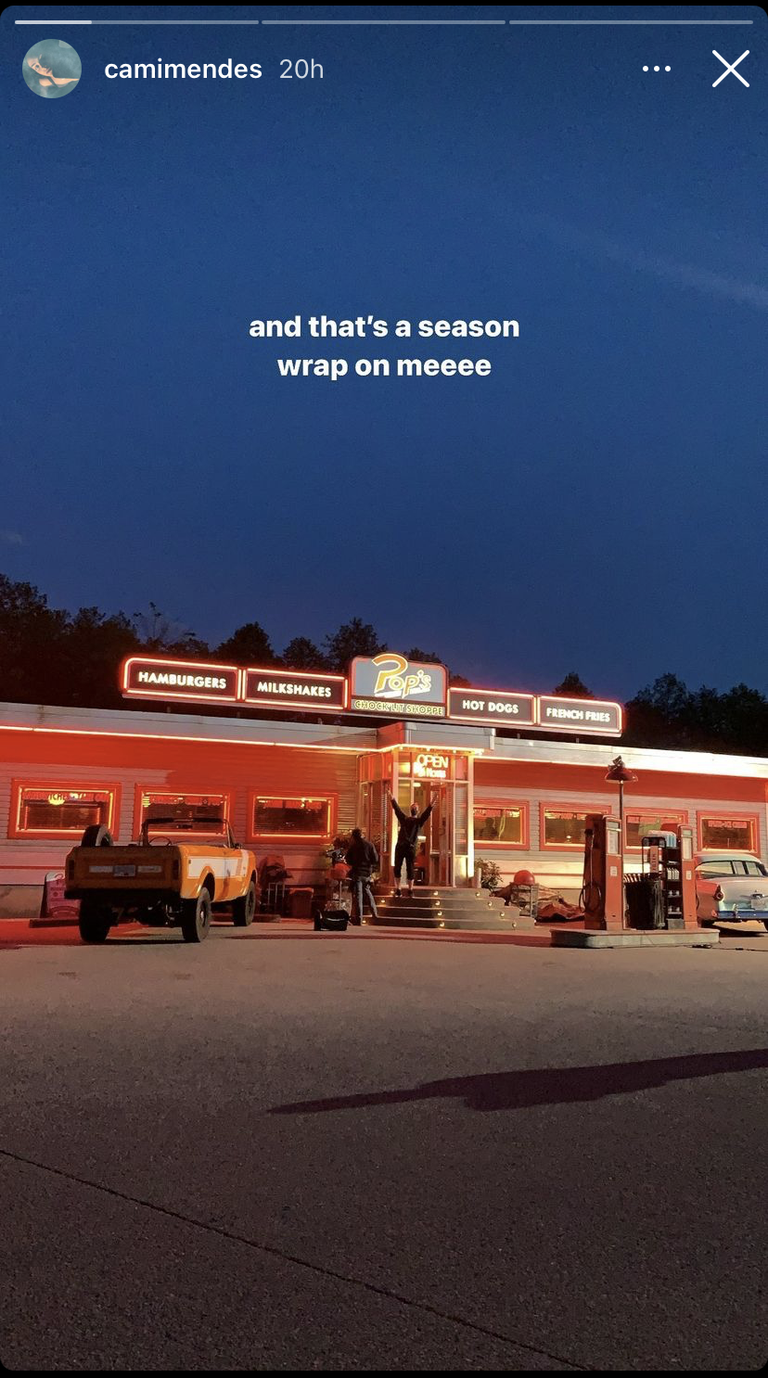 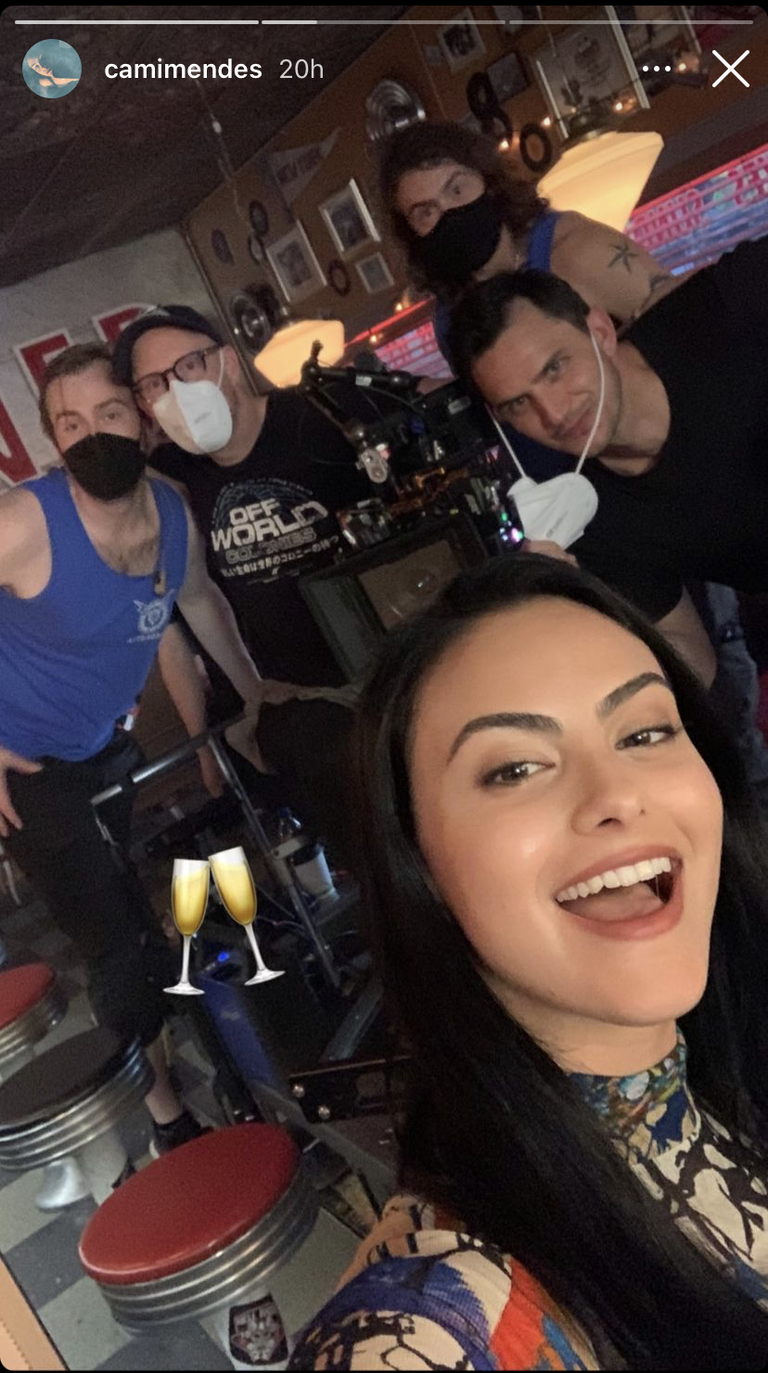 Drew also posted photos of his fellow cast members with the caption, “Season 5 à la mode💐a bientôt mes amours,” which translates from French to “in fashion 💐 see you soon my loves.”

Many people are wondering if the finale or a later episode will include a funeral due to all-black outfits. The season is set to return in August to finish out its remaining episodes.

This comes after the cast revealed that spent a weekend away in a cabin together, though it wasn’t revealed whether or not it was for filming or for fun after they finished wrapping their fifth season.

Riverdale is already set to return for the Fall 2021 season with its upcoming sixth season. With the current season currently on hiatus, fans will have to wait a little bit longer to see what happens in the finale.

Hopefully, the cast has a nice and relaxing break before they have to head back on set for another wild adventure in Riverdale.