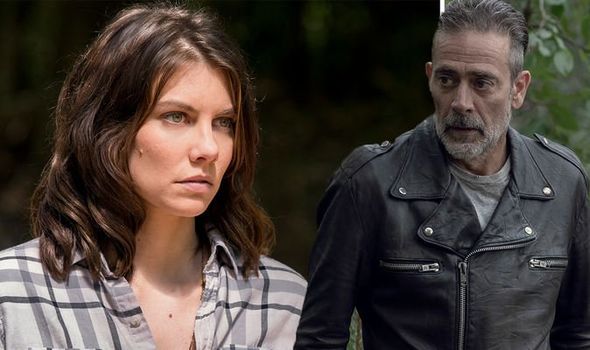 The coronavirus pandemic has obviously done considerable damage to the entertainment world this year, not least of which has been how it has interrupted the well-laid plans of AMC in its ability to roll out episodes of The Walking Dead and its two spin-offs. One upside, however, has been the decision to add six additional episodes to the tenth season (ahead of the 24-episode final season), which means we’re probably going to get a few stories that we would not have otherwise gotten.

We will finally get to see the Negan origins story, for instance (which has allowed AMC to cast Jeffrey Dean Morgan’s real-life wife, Hilarie Burton, to play Lucille, the wife of his character on The Walking Dead). In fact, the six bonus episodes figure to feature a lot of Negan because, besides his origins story, we will also see the first interaction between Negan and Maggie since she nearly killed him in the ninth season before bouncing out of Alexandria (and the series) for a season and a half.

Maggie is back now, and presumably, she’s still not thrilled with the man who brutally murdered her husband. It should be an interesting reunion for the two characters, and AMC has given us a glimpse into exactly how that initial reunion will happen by offering a table read (over Zoom) of their first interaction in an upcoming 2021 episode. It is chilly, to say the least, not to mention the fact that Maggie also has to contend with the fact that Carol released Negan, who ultimately aided Alpha in the destruction of Maggie’s old home, The Hilltop.

Notably, Maggie doesn’t go into a lot of detail about where she’s been in the interim, except to say that she met someone named Elijah and formed a community. Elijah is presumably our masked ninja, although we do not yet know who will play him. He does not appear among the actors in the table read.

It is also worth noting that showrunner Angela Kang previously said that the six episodes will feature Daryl, Carol, Negan, Maggie, Gabriel, and Aaron. The table read, however, also includes Kelly, Lydia, Judith Grimes, and Ezekiel, who provides narration here. It’s unlikely, however, that he will play much of a role with these characters, as he is still on his journey with Eugene, Yumiko, and Princess.

We’ll know more when The Walking Dead returns in 2021.