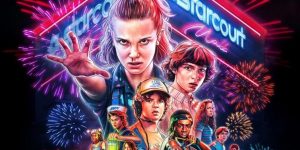 Stranger Things 3 is credited as a subscriber boost to Netflix in Q3. Netflix had its worst growth number of subscribers in Q2 years.

Netflix has rebounded after posting its lowest new subscriber numbers in Q2, and it seems that one show can be attributed to rebounding: Stranger Things 3.

Netflix downloads are up year-over-year around the globe, according to a study from Variety, and they are even up 6 percent in the United States, an region where Netflix missed their Q2 subscriber predictions. For download numbers, the Variety report cites Sensor Tower information.

Netflix shares dipped last quarter when they missed the growth projection of subscribers and even took a step back in the U.S.

Some blamed a lackluster spring, content-wise, but others believed that increasing streaming services and competition were to blame the less-than-stellar numbers of Netflix in Q2.

While we haven’t seen the Q3 subscriber figures yet, they appear to be much better than Q2, and that’s mainly due to Stranger Things 3.