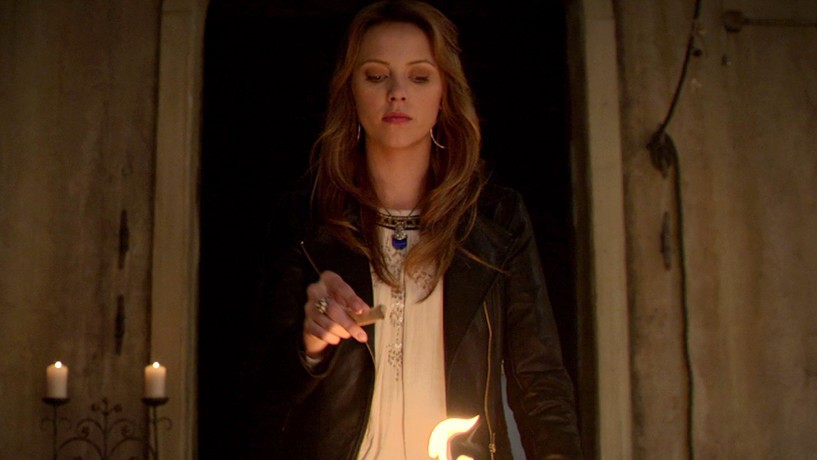 Here’s a sight for sore eyes: Riley Voelkel (aka Hope’s Aunt Freya) is making her debut on Legacies this month, and TVLine has an exclusive first look at her grand arrival.

So, what brings Freya into the fold? The specifics remain a mystery, but according to the official synopsis for the Nov. 21 episode (The CW, 9/8c), she “receives an unexpected visit from one of the Salvatore Students.” So even though it may look like she’s standing solo in Rousseau’s, she’s actually chatting with… someone.

Last seen in the 2018 series finale of The Originals, Voelkel is the latest actor from the TVD universe to visit Legacies; Zach Roerig (aka Matt Donovan) recurred last season as Mystic Falls’ new sheriff, Steven R. McQueen (Jeremy Gilbert) briefly swooped in to save Landon and Rafael from a werewolf hunter, and Jodi Lyn O’Keefe (Josette Laughlin) made a ghostly return during the Saltzman twins’ 16th birthday. Demetrius Bridges (Dorian Williams) has also made guest appearances on all three shows.

“Riley was always the one that was so happy to be anywhere and do anything and help anybody out,” executive producer Julie Plec tells TVLine. “Even in this case, she was willing to go from shooting Roswell to shooting Legacies all in the same week — while also having just finished a series regular role of her own on a new show. It felt great to have her back in the family, and it’s great for the story. For poor Hope, who’s now been forgotten by anyone who’s ever loved her, to have access to a family member at this crucial time would be a really great thing.”