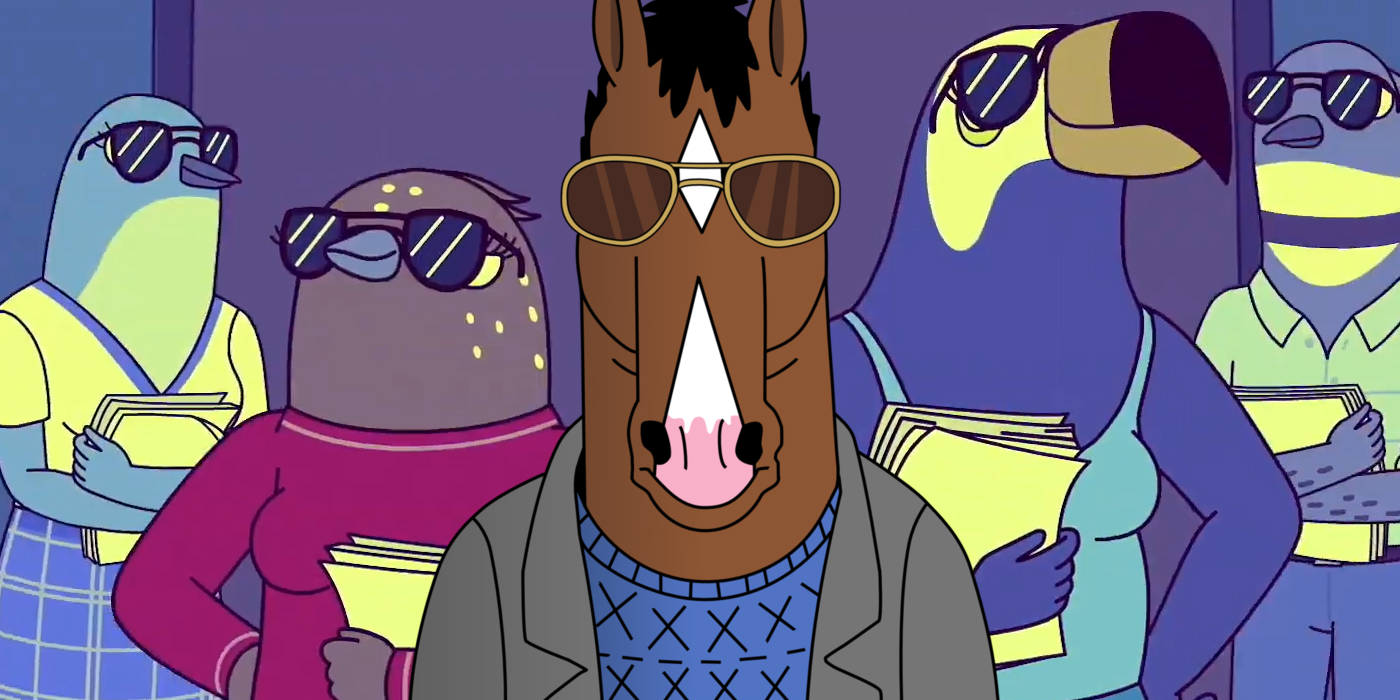 The BoJack Horseman faithful were left reeling over the weekend when it was announced that season six would be its last.

The animated adult comedy-drama orbits the titular half-horse, half-man of Will Arnett, a former sitcom star of the 1990s who is fighting against alcohol addiction and depression.

Despite attracting a legion of faithful supporters during its five-season run, the series will quickly enter the home stretch – part one will kick off on Friday, October 25, and on Friday, January 31, you can expect the second.

It’s the latest in a long line of Netflix shows to get the axe – Santa Clarita Diet, Designated Survivor, The OA and Tuca & Bertie have all been removed from the roster this year.

We understand that Netflix presently has a long-term debt worth around $12.3 billion, according to Variety, which implies major choices are being made about which of its TV shows and movies financially benefit the company.

We also know that ratings play a significant role in deciding what stays and what goes. Core fanbases will often make enough noise to convince the wider public that there was appetite for a series to continue, but cancellations, more often than not, indicate otherwise.

We know from Aaron Paul, who voiced Todd Chavez, that the decision to can the animation was made by Netflix and not its creator, Raphael Bob-Waksberg, or any of the other people behind it.

“Goodbye Bojack,” he wrote on Twitter. “6th and final season is here. My God it’s been an emotional ride.

“We had a wonderful time making Bojack. Couldn’t be more proud. Fell in love with these characters just like everyone else did but sadly Netflix thought it was time to close the curtains and so here we are.

“They gave us a home for six beautiful years. Nothing we could do about it.”

BoJack is made by animation studio and production company ShadowMachine for The Tornante Company, owned by former Walt Disney Company Chairman and CEO, Michael Eisner.

The BoJack crew succeeded in unionizing back in June this year, signing a brand new agreement with their employer after months of negotiation. Reportedly, it was something they wished when manufacturing started on the first season.

The “employed writers and voiceover talent” were unionized from day one, according to Cartoon Brew, but the artists weren’t, something that supposedly “caused friction” – some staff thought there was a “system of unionization that values some of the talent more than others.”

By unionising through The Animation Guild (TAG), they receive a minimum wage and employer-paid retirement and health benefits.

“This contract would not have been possible without the hard work and dedication of the Bojack Horseman negotiations committee,” said Jason MacLeod, a TAG representative, following the victory.

“This crew was organised, determined, and showed their resolve and solidarity throughout the process. We congratulate the crew on this result and are glad to see that this successful show will be a union production going forward.”

There have been no official statements released by any parties that discuss whether the unionisation of the BoJack animators had any influence on the decision to cancel it – and nor should you expect one either, particularly from Netflix, given the sensitivity of the matter and how little information it usually chooses to share. (We reached out to them for comment but have received no reply.)

But that didn’t stop the series fans from drawing their own conclusions, especially given that ShadowMachine also produced Tuca & Bertie and some of the company’s animators were working on both shows.

Cartoon Brew does note that more than 50 animated series on Netflix, including most of its in-house productions, “are covered by the Animation Guild Local 839 IATSE, the union that represents animation artists”.

But when two titles held in such high esteem are suddenly cancelled without a satisfying explanation, you can’t expect their fans to walk away quietly.