Fans of fallen angels and Los Angeles nightclubs are probably familiar with the popular television series “Lucifer,” based on the DC Comics character created by Neil Gaiman, Mike Dringenberg, and Sam Kieth. “Lucifer” follows the titular bad boy (played by Tom Ellis) when he retires from his duties as the ruler of the underworld and changes career paths, opting to run a popular, high-class venue in the City of Angels. Lucifer eventually crosses paths with therapist Dr. Linda Martin (Rachael Harris) and Detective Chloe Decker (Lauren German). After Lucifer proves himself useful to Chloe, the pair team up on various cases in this supernatural police procedural. Of course, being an immortal creature has its perks, and Lucifer uses his divine powers to expose the corruption of human souls.

Running for six seasons and making the leap to Netflix following its cancellation on Fox, “Lucifer” has been well-received. The series currently holds an impressive 88% Tomatometer score on Rotten Tomatoes. It was nominated for numerous awards during its run, including the 2021 Emmy for outstanding choreography for scripted programming and the People’s Choice Award for the sci-fi/fantasy TV show of 2021 (via Entertainment Weekly).

Now that “Lucifer” has reached its conclusion, fans have had a chance to see and digest its ending. It seems that many viewers have issues with the way the Netflix show has wrapped up, with particular umbrage taken over how a certain character’s arc finished.

Lucifer fans didn’t like the decision to separate this couple 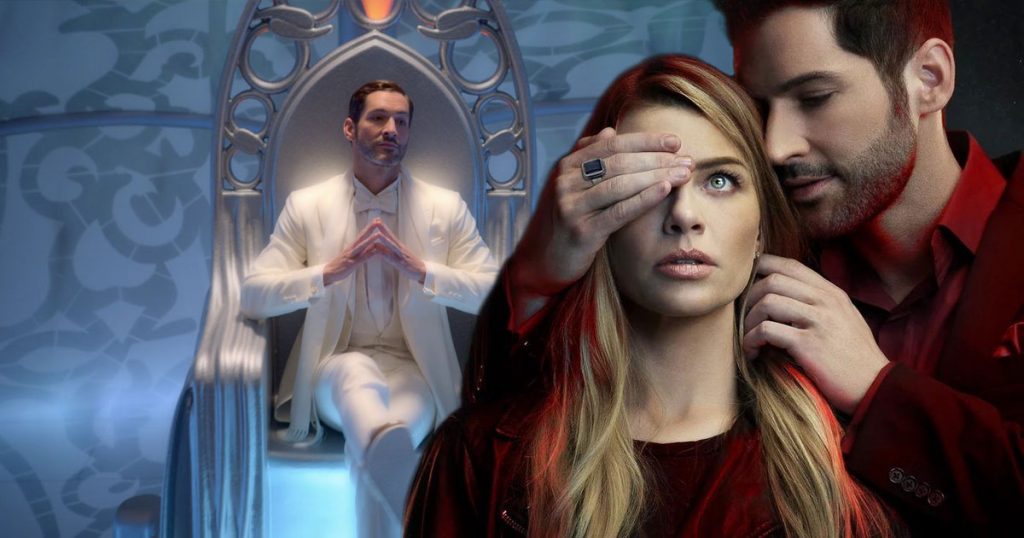 In September, fans converged on the “Lucifer” Reddit page to discuss the series finale. It seems all were in agreement about the ultimate fate of Tom Ellis’ Lucifer, in the sense that they didn’t appreciate how his relationship with Chloe (Lauren German) is handled. Reddit user u/BroeknRecrds stated, “It’s just extremely infuriating to me that Lucifer and Chloe FINALLY get together, and then the writers decide to force them apart for the final episode for no real reason. Not very happy with [a] lot of the writing decisions this season.” Other Redditors, like u/luciferseason, echoed this sentiment and agreed it seemed Chloe was the ultimate victim of the series, and Lucifer is essentially forced into a position that didn’t seem to gel with previous developments.

User u/ThespianCookie commented that it seemed like the ending couldn’t even be considered bittersweet, considering Lucifer actually grew as a person and fell in love, only to have it forcibly removed from him. He also sires a child, which is taken from him, and then he is sent back to Hell, a place he ultimately despises. Fans seemed incensed by the decisions of the writers, with one joking that they needed to start a “#SaveLucifer” campaign. Redditor u/sam-s_22 wrote, “Exactly!!!!!! It is just tragic. Season 4 finale Chloe couldn’t deal with Lucifer not coming back!” and vehemently concluded, “Bittersweet?? Really? No.”