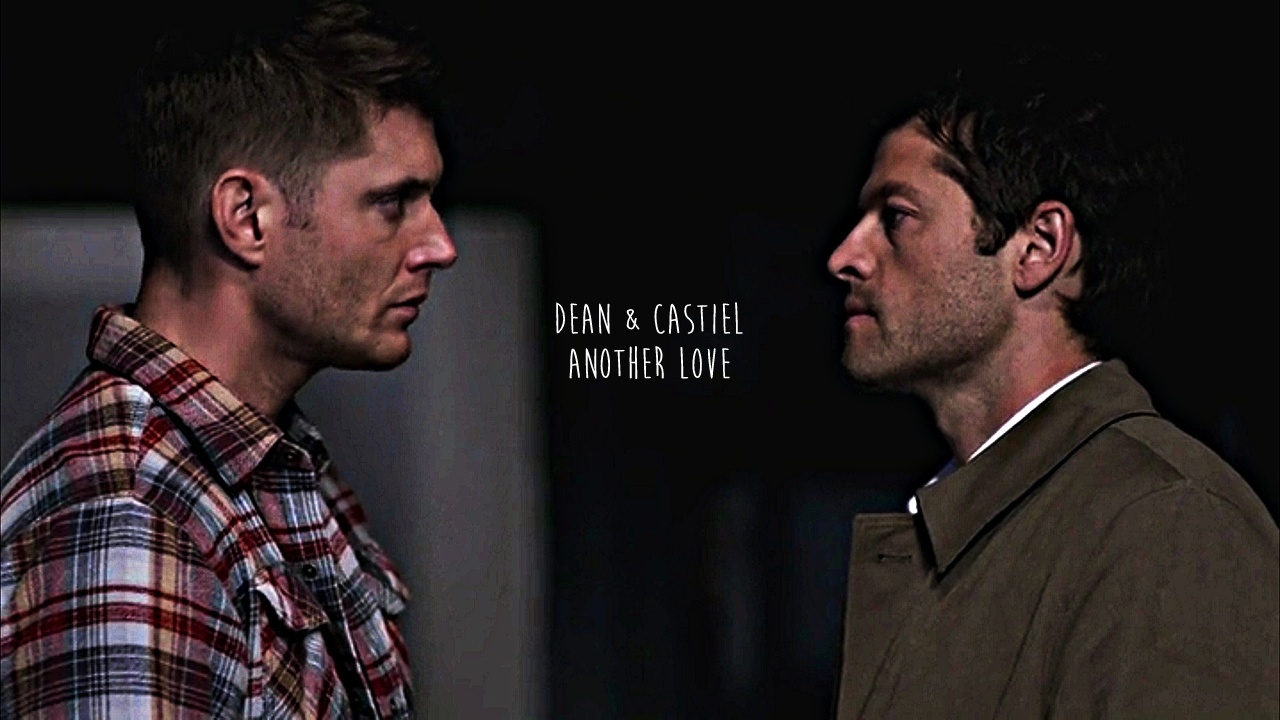 Sam, Dean, and Castiel faced a huge betrayal by God in Supernatural‘s Season 14 finale, and Season 15 has already proved that even millions of souls escaping from Hell isn’t enough to distract them from it. Dean in particular was already reeling from how Cas concealed Jack’s growing darkness, and the reveal that God has been pulling the strings all along only made things worse. Castiel sees things differently, and their different perspectives led to a conflict that left one of the most poignant and popular dynamics of Supernatural a little… well, tense.

Misha Collins, who of course plays Castiel and is headlining Supernatural‘s Giving Back Tour at the Marriott Burbank Airport from October 18-20, spoke with CinemaBlend about Dean’s despair that God has been controlling everything vs. Castiel’s stance that they are what’s real in the stage God set for them, as well as much more.|

Let’s start with what went down between Dean and Castiel. When I asked if this disagreement continues to be a point of contention between Cas and Dean and how the relationship dynamics of Supernatural will change, Misha Collins said this:

It’s a point that we will revisit throughout the season, but not so much in the sense of it being a point of conflict. Dean I think is having the biggest existential crisis about it. He’s the most overwrought about the fact that his life has been meaningless to date, which is something that the rest of us, we’ve already come to grips with. I’m being facetious. [laughs] … Right now we’re shooting Episode 8 and I can tell you that the [relationship] between Cas and Dean continues to be strained this far into the season. It’s a problem that hasn’t been resolved.

Fans who are dying to see the guys fall back into an old routine may be bummed to hear that Dean and Castiel’s dynamic will be ‘strained’ for several more episodes, but it makes sense that the death of Mary — which was arguably partly on Castiel — and the discovery that God has been writing their stories for their whole lives aren’t the sort of issues that can be overcome overnight, especially since there’s so much else going on. As long as they can work together!

Cas and the Winchesters have already struggled with containing souls within the confines of one small town, and that’s with the help of Rowena, Ketch, and poor unfortunate Kevin, who can’t seem to catch a break. Although he’s now out of Hell, he can’t get into Heaven, so he’ll just have to wander the Earth. Interestingly, “Raising Hell” picked up almost exactly after the end of the Season 15 premiere, and the trailer for Episode 3 suggests that the next episode will be a continuation of Episode 2.

Supernatural generally mixes in some standalone episodes after getting off to a mythology-heavy start. Misha Collins gave this response when I asked if fans can expect Season 15 to continue as more serialized than seasons past:

“Yeah, I think so. I think there are a lot of goodbyes this season, or a lot of characters that are getting resurrected. And in order to have those resurrections we need to stick a little bit more with the mythology of the show than we typically do. We typically have more one-off episodes. Certainly by this time in the season, we’ve [usually] done more than we have this year so far. So I think the rhythm of the season is a little bit different this year.”

Supernatural showrunner Andrew Dabb did promise some “old familiar faces” brought back by God to toy with the Winchesters. While it’s not clear at this point who those familiar faces will be, if they’re important enough to be resurrected for the final season, then the odds are pretty good that their returns wouldn’t fit into an episode about an evil clown or a tulpa or a rogue vampire. Kevin’s return, although not specifically orchestrated by God, wouldn’t have made much sense in a non-mythology episode, after all!

Season 15 started off by bringing back some familiar bad guys, including the ghost of John Wayne Gacy to terrify Sam and the Woman in White to take Dean on a blast to the distant past. Misha Collins shared his thoughts on who could return that would be Castiel’s worst nightmare, now that all bets are off with God as the big bad:

I guess Cas had a pretty rough run at the end there with Metatron. Metatron could be a doozy to resurrect. There was the Cupid, the naked man who kept hugging Castiel. That one might also be a challenging resurrection. And I think probably Lucifer, at this stage in the game, would be a daunting resurrection.

Well, if Metatron returned, Cas probably wouldn’t have to worry about The Empty coming to collect on his deal any time soon! Additionally, Lucifer does have a knack for coming back even when he seems like he’s out of the game for good, and with God as the big bad of the final season, could he return? He would be a prime candidate of a character for God to bring back to mess with all the good guys.

Sam and Castiel in particular have reason to want to stay as far away from Lucifer as possible. Dean might be a little bit more nervous about Michael, who may or may not have been sprung from the cage in Adam’s body, coming back, but he’d have every reason to be afraid of Lucifer as well. Cupid would be a more amusing return, after he made Cas and the Winchesters uncomfortable back in Season 5 by giving naked hugs.

Since the sky may be the limit for what can happen in Supernatural with God as the top villain, Misha Collins also weighed in on which past versions of Castiel he’d like to play again:

There are two that I had the most fun with. One was Lucifer, because the template that Mark Pellegrino had created for that character was so fun to work with, and then the other character that I wish I had gotten to spend more time with was Castiel as a human. That one is the one I think I would like to see resurrected.

Only time will tell if Misha Collins will have the opportunity to play Lucifer Cas or Human Cas again! The Winchesters will reportedly lose people “in a very real way,” so there is plenty to speculate about regarding who will return, what versions of characters will return, and who will say a premature goodbye. With everything Supernatural, it almost seems impossible for anybody involved with the show to have other projects, but Misha Collins has plenty.

In addition to headlining Supernatural‘s Giving Back Tour (which will feature additional guests like Alexander Calvert, Rob Benedict, Richard Speight Jr., and many more for some interactive fun and charitable acts) this weekend at the Marriott Burbank Airport, Misha Collins and his wife Vicki Collins put together a fresh kind of cookbook called The Adventurous Eaters Club: Mastering the Art of Family Mealtime.

Misha Collins explained why they decided to make the cookbook, saying this:

I think in the process of raising our own children, we felt like we had to reinvent the wheel a little bit around food, and we discovered that there were all of these incredible resources out there geared toward teaching parents how to feed children and how to get kids not to be picky eaters and to impact kids to want to explore new and varied foods. But they weren’t all in one place, so we kind of put it all in one place, but also we discovered in the process that our own family had kind of an interesting take on cooking and food. We sort of turned our kitchen into a playground and the kids just love being part of the process and cooking, and it’s been a real coalescing for us in our family. And we just felt like sharing that because it brought us a lot of joy.

The Adventurous Eaters Club: Mastering the Art of Family Mealtime, which releases on November 5 and is available for pre-order from Amazon and other retailers now, isn’t just going to be a cookbook with nothing but recipe after recipe, with no commentary beyond the list of ingredients.

Although the release isn’t for another few weeks, Misha Collins did share his favorite recipe story that went into The Adventurous Eaters Club: Mastering the Art of Family Mealtime:

There’s so many strange stories that came up along the way, but one of them, we often invite the kids to experiment in the kitchen. And they often make the assumption that if there’s a food that they like, they can combine with another food that they like and have something that’s doubly as good. And one of the manifestations of that was, they were like, ‘Well, we love salad and we love popsicles, so why don’t we make salad popsicles?’ And they actually came out beautiful and it was really remarkable to see all of the neighborhood children, some of whom are constitutionally averse to salad, eating these popsicles that have basically salad in them, because it was a popsicle format. So that one I really loved.

Who would have thought that combining salad with popsicles would produce something not only edible, but actually tasty? If this is only one of the recipe stories that will be available, then The Adventurous Eaters Club: Mastering the Art of Family Mealtime sounds like it should be as good fit a for people who may not know Misha Collins as Castiel and Supernatural fans alike.

To see Misha Collins back as Cas with the Winchesters at his side, be sure to tune in to The CW on Thursdays at 8 p.m. ET to catch new episodes of Supernatural‘s final season. Sam has his injury from when he shot God in the Season 14 finale to contend with, and showrunner Andrew Dabb has explained how that will be much more important than just another Winchester wound.