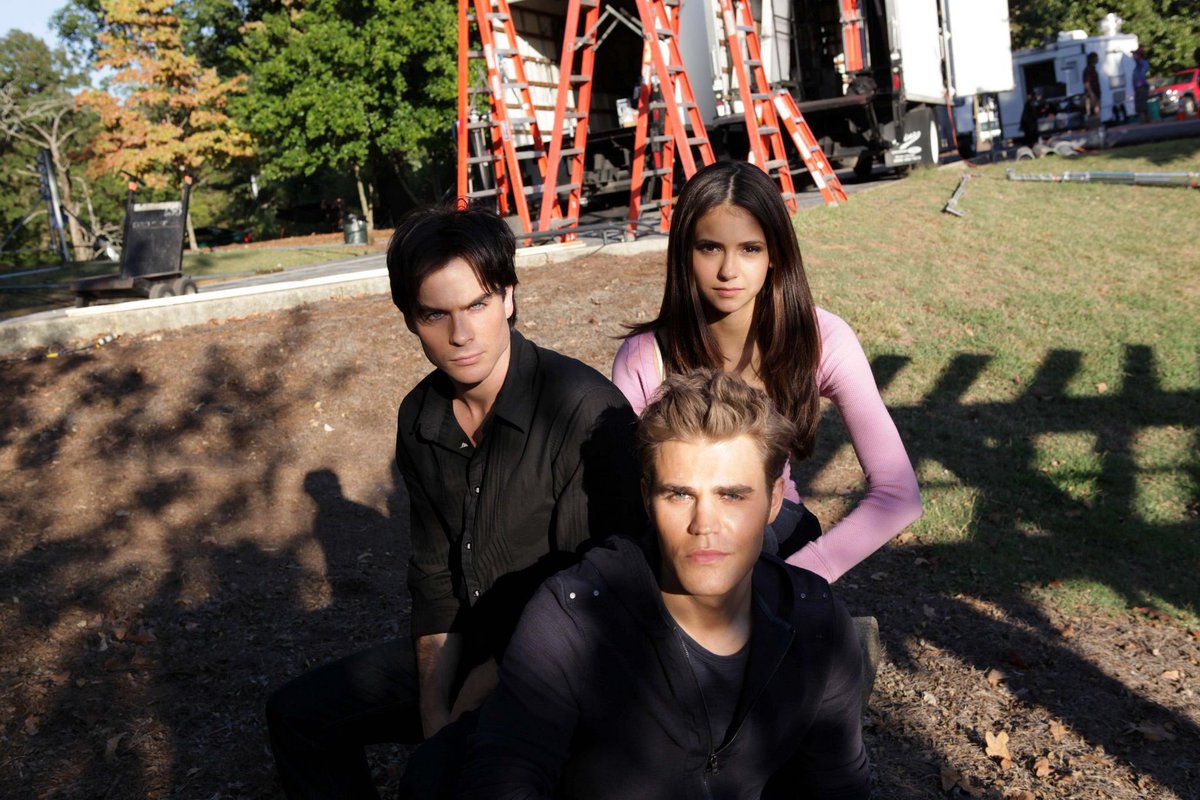 Who remembers in season 6 of the Vampire Diaries when Bonnie and Damon got stuck on the other side and their daily routine was wake up make pancakes go to the shops and do crosswords and it was the same day over and over, life be feeling like that recently

A honeslty blame vampire diaries for giving me such an unrealistic expectation of love like all a want is a stunnin vampire boyfriend that wid rip the head off of anyone who even looks at me the wrong way ?

remember when tvd did a a flashback to the time when stefan and damon were kids, hired a kid actor to play stefan but let ian somerhalder play 15 yo damon and thought we would buy that? isiwjejwkejjef clowns

Matt Donovan, a human, making it through all 8 seasons of the vampire diaries:
pic.twitter.com/Ly6nOAUP6Y

Damon Salvatore did it for Elena Gilbert https://t.co/MBVTawE99A

Stefan: “I gave Damon the cure, and then I died—“

This is not up for discussion. pic.twitter.com/5EjX1Ii1Vf

thinking about how it’s been almost a decade since katherine pierce appeared and invented unforgettable cliffhangers pic.twitter.com/zPt00UOwuI

kai parker, katherine pierce, and klaus mikaelson are the best things to come from tvd don’t even fight me on this

When that someone says it like klaus mikaelson >>>>> https://t.co/mCAt8BJnrQ

Everyone is always Damon Salvatore this , Stefan Salvatore that but, NIKLAUS MIKAELSONNNNNNN!!! NIKLAUSSSSS!!!!!

y’all smell that in the air? it’s time to rewatch the entire vampire diaries series all over again.

The best shows that are on Netflix