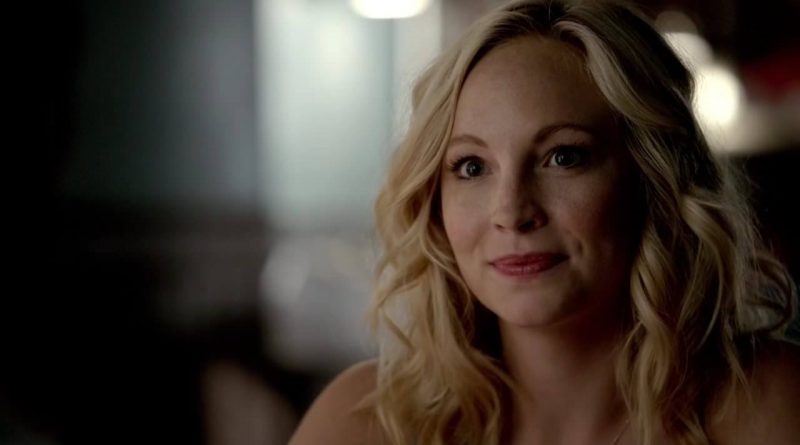 Legacies spoilers ahead for season 3 episode 3 ‘Salvatore: The Musical’.

In the latest season episode 3 titled ‘Salvatore: The Musical’, Caroline’s presence was felt as a struggling Lizzie Saltzman (Jenny Boyd) received a letter from the fan-favourite character.

Candice King, who plays Caroline, wasn’t seen on screen, but she did provide a voiceover as Caroline’s voice could be heard reading out the heartfelt message.

“Elizabeth, there is nothing wrong with you. Your brain chemistry creates unique challenges for you, but you are not broken. You are growing and changing everyday, and it’s beautiful to watch,” Caroline said at the end of the letter.

Speaking to TVLine, show boss Julie Plec shared that while Candice wasn’t ready to return to the Vampire Diaries world in the flesh, she was more than happy to lend her voice for the episode.

“As you know, Candice is a good friend of mine and [producer Brett Matthews], and there’s a soft spot in her heart for this show,” Julie said.

“She has said over the years that she will show up one day, but she wanted a break after The Vampire Diaries and The Originals. She wanted to go out and live a non-Caroline Forbes life for a while.

“But she has always said, ‘If you ever need something small or simple, just let me know’. So I just sent a text and she said, ‘Absolutely’. And then nine months went by before we actually needed her to do it because of the COVID shutdown.”

Earlier this month, Brett said that he would love to see Caroline back on screen, if Candice was keen.

“We love her and think so highly of her, and we love Caroline Forbes so much,” he said at the time. “We would be thrilled [to have her back], but it’s really up to her. We’d love to have the challenge of figuring out how Caroline fits into Legacies, be that for an episode or an arc or whatever.”

One character who is unlikely to return is Klaus, after Joseph Morgan ruled out reprising the character in any form for Legacies.