Products featured are independently selected by our editorial team and we may earn a commission from purchases made from our links; the retailer may also receive certain auditable data for accounting purposes.

One morning earlier this spring near Los Angeles, Ian Somerhalder and Paul Wesley are Zooming in from their new office space while, they explain, construction is going on outside. The veteran Vampire Diaries stars, who played the Salvatore brothers on the popular CW show, aren’t on set to film anything right now — instead, they’re gearing up to release the new, highly-anticipated whiskey they co-founded, called — what else? — Brother’s Bond Bourbon.

For a whiskey that few have tried yet, it’s already proving to be a smash-hit. The four-grain bourbon whiskey hit record numbers when it went on pre-order on the site ReserveBar in fall 2020 and in early 2021. And now, whiskey lovers can finally buy a bottle online (when the site can keep it in stock). 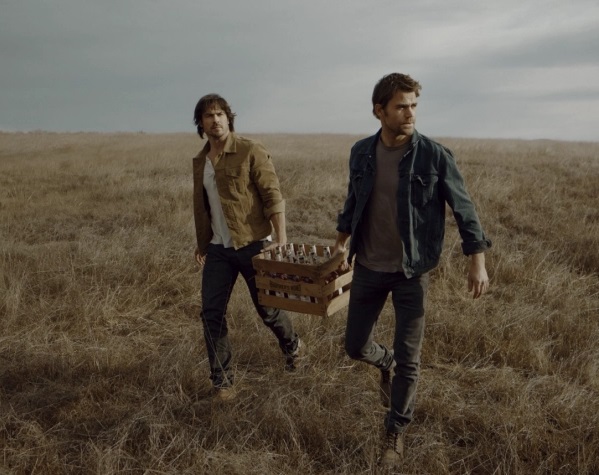 Creating the whiskey from the ground up has been a labor of love for the duo, and it became another chance to work together following their run on eight seasons of one of the hottest series on TV (the complete series is available now on Amazon) The market for celeb liquor brands seems to be getting more crowded by the minute, but as the two telling Rolling Stone, this new release is made for bourbon lovers, by bourbon lovers.

“There’s a lot of alcohol brands out there and more specifically, in recent years, there’s been a real surge of sort of quote-unquote ‘celebrity-endorsed brands,’ whether it’s a musician or an actor or an athlete,” Wesley says. “And, I think the thing that really distinguishes us…”

“Where do you fall?” Somerhalder interrupts. “You’re a celebrity? Are you calling yourself a celebrity?”

“I was more referring to you,” Wesley says.

Jokes aside, this whiskey has been years in the making for the two actors.

“I think the thing that distinguishes us is that Ian and I, we drank bourbon on the television show that we did and we fell in love with it,” Wesley says. “We shot the show in the South. Our characters drank bourbon on the show. We drank bourbon off-screen. We bonded on-screen, we bonded off-screen drinking bourbon, and so when the show ended, we had been talking about creating a bourbon for years. When the show ended, it was just the perfect time to do it. And so everything you see here, the label, the bottle, the name…”

“… and certainly the mash, it’s all our creation, everything,” Wesley says. “We put this thing together and so for us, it’s just felt incredibly organic.”

The release of Brother’s Bond has been a long time coming. And recently, Somerhalder and Wesley had to be in constant virtual communication when working through the pandemic leading up to the May launch date.

“There’s thousands of messages a week,” Somerhalder says. “We are never not in contact. I mean, there’s not a 20-minute space in time that goes by that we’re not in contact with either each other or our team, which is pretty wild.”

“I just send him selfies, nothing to do with bourbon,” Wesley jokes.

Somerhalder continues. “But for two dudes who spent eight years together, literally 10 months a year, every day, to then be this connected, it was a mistake. [laughs] But the bourbon is fucking great.”

Brother’s Bond Bourbon is an 80-proof straight bourbon that some, including this whiskey drinker, might sum up as an incredibly smooth, super drinkable spirit, tasty enough that whiskey lovers will want to pour 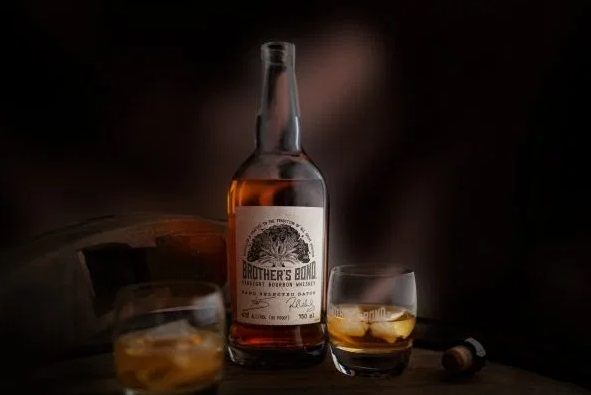 it neat or on the rocks. But as Wesley and Somerhalder point out, you can find a list of drink recipes on their site if you’re craving a whiskey cocktail, too, from a classic Brother’s Fashioned to a simple Brother’s Julep.

“For two dudes who spent eight years together, literally 10 months a year, every day, to then be this connected, it was a mistake. But the bourbon is fucking great.”

The name “Brother’s Bond Bourbon” is, of course, a nod to their Vampire Diaries characters, with a label that shows two people sitting under a tree. But the guys say the theme goes well beyond just the show.

“Our characters bonded on-screen over bourbon,” Somerhalder says, “he and I bonded off-screen over bourbon, and now to think that new bonds — random people meeting — [to] old bonds, families, friends, brothers, sisters, dads, moms, aunts, uncles getting to just have conversations, holding our bourbon in their hands… that’s pretty special, man, you know?”