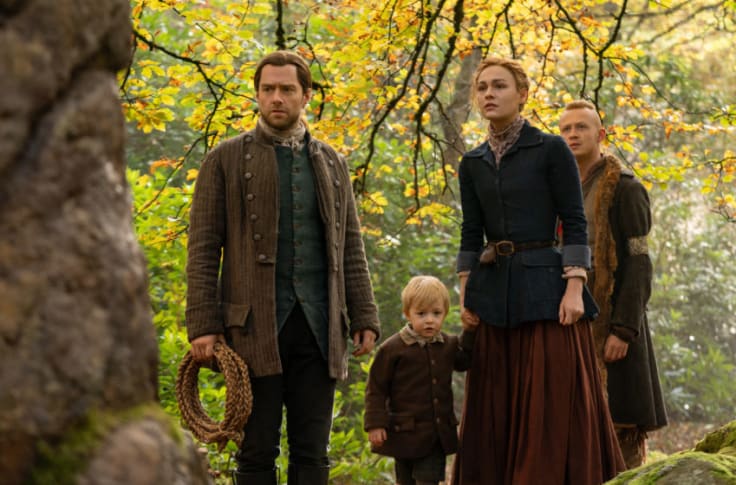 While there are complaints about what seems to be a storyline that wastes time on Outlander Season 5, Episode 11, it offers an important reminder. Home really is where the heart is.

I’ll start this post by saying that I started off watching Outlander before I read the books. It was only after Season 4 that I got the chance to get ahead with reading. However, I am one of those who keeps books and their TV show adaptations separate. Yes, there are moments in the books that stand out for me, but the TV show will always be its own iteration of the story.

I also look at a show’s storyline in terms of development for TV shows and not for books. Storylines have to be condensed, some elements of books simply can’t translate to screen, and there are show-only fans who need to be considered in the writing.

This is why Outlander Season 5, Episode 11 worked for me, especially when it came to Brianna and Roger’s storyline. It’s why I don’t view their particular storylines as a waste of time. Instead, it’s all about that reminder that home is where the heart is.

Roger never let go of that. Even though he liked Claire, he never wanted to remain in the past. He simply wasn’t cut out for it. Brianna was the one who wanted to stay with her parents, but in the end, she decided to head back to the future.

However, just because the head says something doesn’t mean that’s what the heart wants. Bree and Roger thought they wanted to go back to their own time, but Outlander Season 5, Episode 11 gave us that important reminder that the head and the heart don’t always match.

Their hearts were in the past, with the family and friends they’d come to gain. Yes, there is danger everywhere they looked, but they belong in the past with family. In the end, this episode made it clear they’d need a major reason to get back to their own time, and that time is not right now.

My name is Damyan Ivanov and i was born in 1998 in Varna, Bulgaria. Graduated high school in 2016 and since then i'm working on wordpress news websites.
outlander, outlander season 5