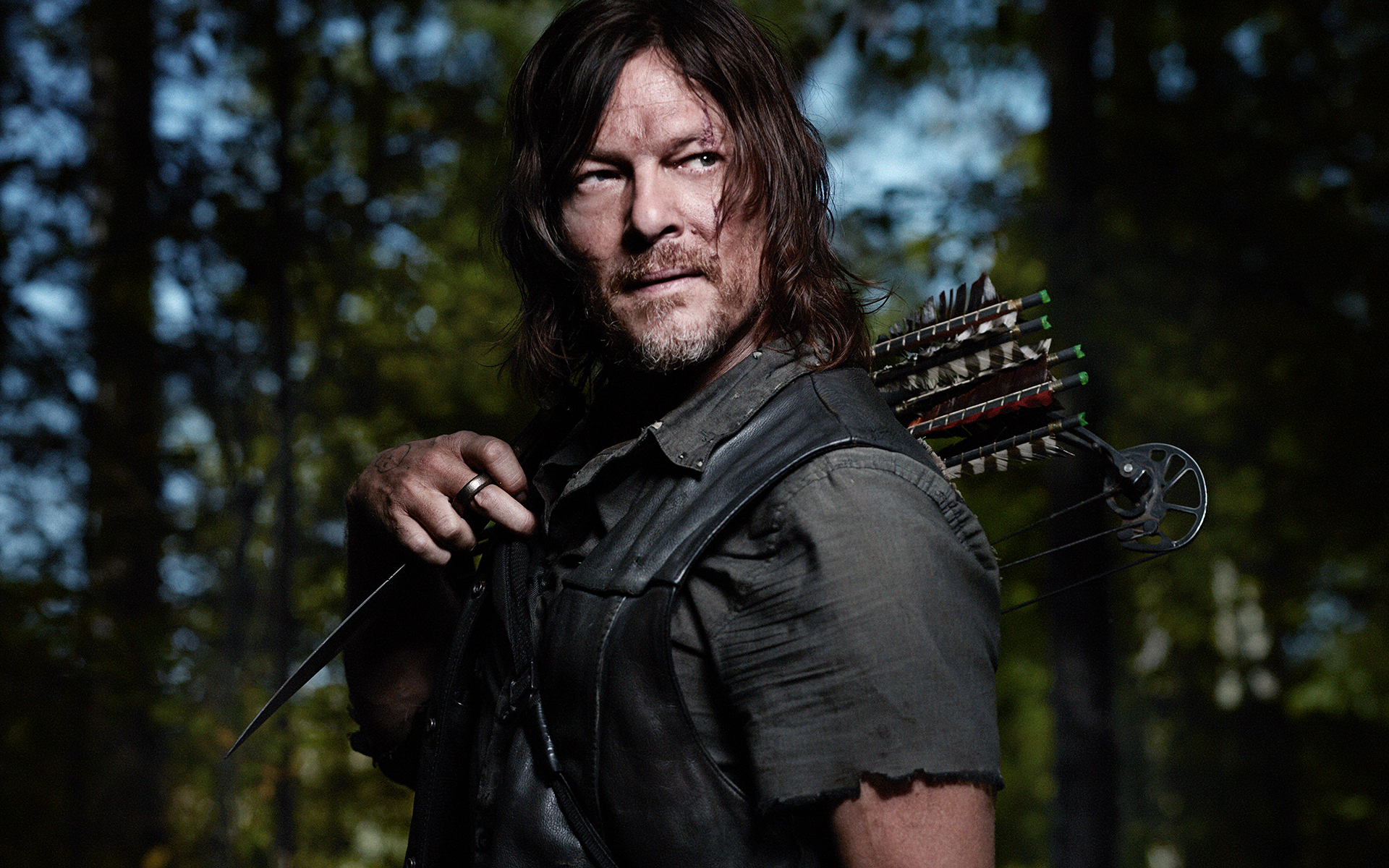 Each of The Walking Dead season 10C’s six episodes will center around a different cast of central characters. As we saw last week, the premiere “Home Sweet Home” focused on Maggie, her new group, and the Reapers that are menacing them. Next week’s “One More” will focus on Gabriel and Aaron. Two other episodes, “Splinter” and “Here’s Negan” will focus on the railyard crew (Eugene, Yumiko, Ezekiel, and Princess) and Negan, respectively.

There are, however, two characters in this six-episode run who will receive multiple centric installments. And as one would expect, it’s none other than Daryl Dixon (Norman Reedus) and Carol Peletier (Melissa McBride). This week’s “Find Me” will center on the pair as will week five’s “Diverged.” The synopsis for “Find Me” reads:

“An adventure for Daryl and Carol turns sideways when they come across an old cabin. It takes Daryl back to the years when he left the group after Rick disappeared as he relives a time that only the apocalypse could manifest.”

In the absence of Rick Grimes and Michonne, Daryl and Carol have become the de facto leads on The Walking Dead…if they hadn’t been all this time anyway. In fact, when AMC revealed that the show would conclude following its 11th season, it also announced a Daryl and Carol spinoff just to assuage fan’s fears that the pair would one day ever not be on television.

Given that a spinoff is on the horizon, it’s reasonable to wonder whether Daryl and Carol starring in a full one-third of The Walking Dead season 10C is a way to begin to lay the groundwork for their eventual spinoff 24 episodes from now.

According to showrunner Angela Kang, the answer to that question is a paraphrased “eh, maybe sort of…but not really.” As Kang points out, The Walking Dead season 11’s 24 confirmed episodes represent a big chunk of storytelling before Carol and Daryl strike off on their own.

“In the particular place that they’re at now, it feels pretty far away from where they would have to be in order to go off into their spinoff, but it’s part of their ongoing story,” Kang says. “We’ve got kind of a long runway to do it because we have 24 episodes ahead in season 11.”

Somewhat lost in the news that The Walking Dead is ending is that the series still has quite a ways to go. In addition to these six extra season 10 episodes, the 24 episodes that will make up the final season represent the show’s biggest episode order by far. So rather than looking to Daryl and Carol’s futures on their own, “Find Me” and “Diverged” will focus on the characters’ past.

“We felt like we needed to kind of pay off some of the emotional territory we explore with them in season 10, where they were sometimes at odds, there were some dark moments, and things were hard, “Kang says. “They are so close and sometimes there are really painful confrontations to be had when that’s the case. It’s all part of the roller coaster of emotions those two will go through together over time.”

It’s easy to forget since season 10 premiered all the way back in October 2019, but Daryl and Carol have periodically been at odds recently in the show’s canon. The February 2020 midseason premiere, “Squeeze”, in particular challenged the duo’s relationship. Carol’s desire for vengeance against Alpha clouded her judgment, and that resulted in Daryl’s love interest Connie being presumably dying in a cave-collapse (she’s not ded, of course, but that’s a conversation for another time).

Perhaps Daryl and Carol have two centric episodes in The Walking Dead season 10C because they have at least two episodes worth of stuff to work out before they enter into the show’s endgame…and that spinoff.

My name is Damyan Ivanov and i was born in 1998 in Varna, Bulgaria. Graduated high school in 2016 and since then i'm working on wordpress news websites.
Daryl, The Walking Dead