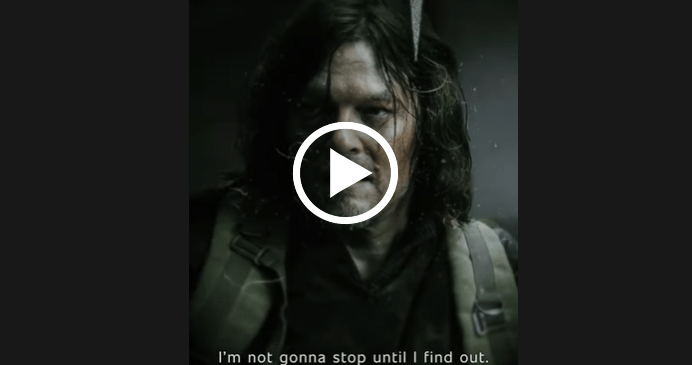 The Walking Dead has shared a video teaser for its upcoming season 10 bonus episodes and it might just make you even more impatient as we get ever closer to those brand new stories.

The long-running AMC post-apocalyptic drama’s showrunner Angela Kang confirmed last summer that although the show’s 11th and final season has been pushed back due to the COVID-19 pandemic, we will get to see six extra episodes of season 10, described as an “extension of episodes beyond the finale”.

The short teaser clip, which you can watch down below, gives us a hint at what to expect from the new stories and it doesn’t look like any of the characters will be getting a break in the walker-infested world.

Although there is no new footage in the trailer, we do hear voiceovers from characters which give us an idea of what to expect and it sounds like Daryl Dixon (Norman Reedus) is going to be on the hunt for something, as he announces: “I’m not gonna stop until I find out.”

Young Judith Grimes (Cailey Fleming) says “Right now, mom’s looking at us”, while Gabriel Stokes (Seth Gilliam) offers a message of hope by saying: “There’s still goodness… you just have to look for it”, and Carol Peletier (Melissa McBride) asserts that “Alpha needed to die”.

Negan (Jeffrey Dean Morgan) is also back and declaring: “I didn’t escape if that’s what you’re thinking.” What all of this means will be revealed when the new episodes arrive on our screens…

Kang has revealed that this set of extra episodes will have an anthology feel and will feature “deep dives” into the characters, promising fans that they can expect something “a little bit different”.

“We just get to feature different people and tell these little stories that all kind of add up to a picture of what our survivors are going through, and that will lead us into season 11 eventually,” she said.

We’ve already had a little sneak peek at one episode featuring Daryl and Carol, with actors Norman Reedus and Melissa McBride reading a scene at a virtual table read which shows the moment the characters split up near Alexandria.

We’ve also been treated to a teaser of Negan and Maggie Rhee’s (Lauren Cohan) first meeting since Negan was released from his jail cell.